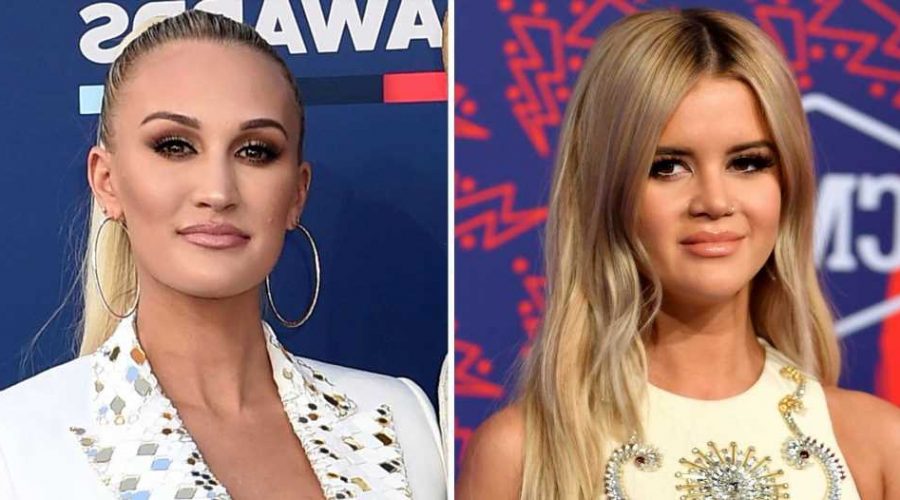 Hard pass. Maren Morris may be a 2022 Country Music Award nominee — but that doesn’t mean she feels comfortable attending the event amid her ongoing feud with Brittany Aldean.

“I’m very honored that my record is nominated. But I don’t know if I feel [at] home there right now,” Morris, 32, told the Los Angeles Times in an interview published on Tuesday, September 20. “So many people I love will be in that room, and maybe I’ll make a game-time decision and go. As of right now, though, I don’t feel comfortable going.”

Morris’ third album, Humble Quest, is nominated for album of the year. However, the Texas native revealed that she hasn’t decided if she will actually be in attendance.

“Some nights are fun. Others I’m just crawling out of my skin,” she revealed. “I’m not good at those events because I’m awkward. But this time I kind of feel peaceful at the notion of not going.”

Morris’ reservations about country music’s biggest night come less than a month after the “Middle” singer slammed Brittany, 33 — who is married to country crooner Jason Aldean — for transphobic remarks.

“I’d really like to thank my parents for not changing my gender when I went through my tomboy phase,” the beauty blogger wrote via Instagram in August alongside a makeup tutorial video. “I love this girly life.”

The YouTuber later doubled down on her comments via her Instagram Story, arguing that parents shouldn’t allow their children to transition until they are legal adults. “Love is protecting your child until they are mature enough as an adult to make their own life decisions,” she captioned the social media post.

The Grammy winner, for her part, instantly slammed Brittany’s remarks via Twitter, writing, “It’s so easy to, like, not be a scumbag human? Sell your clip-ins and zip it, Insurrection Barbie.”

The next day, Morris once again took to social media to remind LGBTQ+ youth that they have support. “I am so sick of looking at absolute horses—t on the internet and people getting away with it, much less celebrated for it,” she said of the North Carolina native’s latest comments.

Morris’ husband, Ryan Hurd – who she married in 2018 — came to his wife’s defense later that month, saying he was “proud” of the “My Church” artist for sticking up for the queer community.

“Getting a lot of people telling me our career is over, as if the last time she spoke up about something it disappeared,” the California native, 35, wrote via Twitter at the time. “Honestly, we’re pretty OK over here. Tours are good, got a 2-year-old we love, we’re f—king fine and I promise she isn’t going to shut up now.”

In September, Brittany made an appearance on Tucker Carlson Tonight to address her previous remarks. While the host Tucker Carlson introduced her, he called Morris a “lunatic” and a “fake country music singer.”

Morris, meanwhile, released a t-shirt with the phrase “lunatic country music person” embellished on the front, stating that all proceeds would go toward non-profit Trans Lifeline and GLAAD’s Transgender Media program.