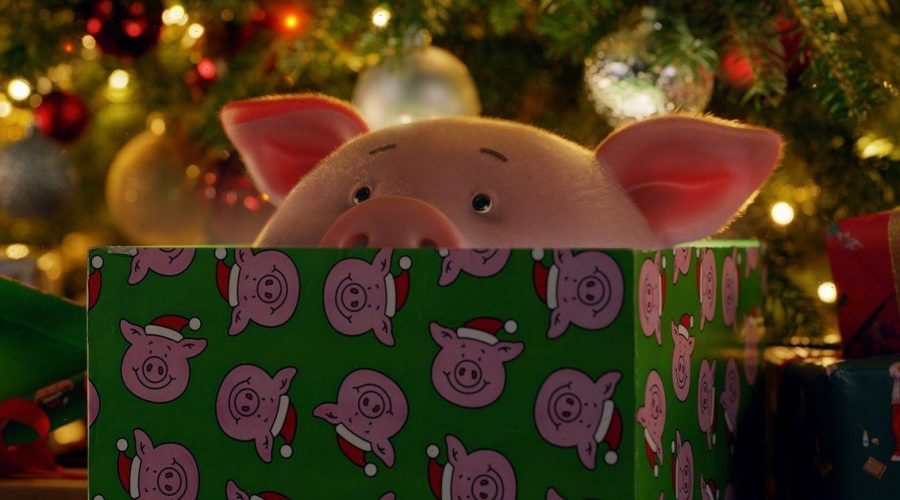 Marks & Spencer has just debuted its brand new advertisement for Christmas 2021, and fans will be overjoyed to see the infamous Percy Pig brought to life.

The M&S Food's festive campaign kicks off with a heartwarming video which stars some huge names such as Dawn French and Tom Holland.

Holland, who is known for his role as Spiderman in the Marvel film franchise, has now become the voice of Percy Pig as he is the first ever person to voice the much-loved animal.

The very first video, which is one in a series of eight ads begins with the appearance of a very special Christmas fairy in the M&S Foodhall in Stratford, London.

Accidentally dropping her wand, the festive fairy – voiced by fellow national treasure Dawn French – causes Percy Pig to become real and sets in motion a Christmas extravaganza as Percy discovers all the festive favourites in the M&S aisles.

As he comes to life, Percy Pig finds his voice for the very first time – a major milestone for the M&S icon.

Tom brings to life Percy’s surprise and delight (and his signature snort!) as he uncovers endless new festive showstoppers.

These range from a Triple Chocolate Panettone and Collection Golden Blond Christmas Pudding, to delicate collection of smoked salmon. Whilst Dawn, our festive fairy discovers the gift of the season – the Light-Up Snow Globe Gin Liqueurs.

Shots of M&S’ signature delicious dishes are also featured throughout the ad, which will definitely go down a treat with its viewers.

Speaking about the campaign, Sharry Cramond, Director of Marketing for M&S Food revealed: "The M&S Christmas Food range this year is better than ever and who better to tell customers about our delicious Christmas food range than the national treasure and much-loved M&S icon himself, Percy Pig.

"Of course, he couldn't have just any voice, and having Tom Holland give Percy Pig his first words is about as exciting as it gets.

"Added to that the voice of the one and only Dawn French as the Christmas fairy – it’s the stuff of Christmas dreams!!"

Tom Holland also spoke of his excitement: “I’ve loved Percy Pigs for as long as I can remember, and when I was asked to be his voice – his first EVER voice – it took me less than a second to say yes.

"Getting the snort right was a challenge, but I hope I nailed it and you all like what you hear! I did consider asking for a lifetime supply of Percy Pigs but I figured I’ve got to save room for all of that amazing M&S Christmas food!"

And voice of the festive fairy, Dawn French, added: "Christmas is M&S Food, isn’t it? So, when the call comes in asking you to be in the M&S Christmas ad, it’s pretty much a guaranteed yes – I mean they are so iconic each year.

"Then when M&S said I would be the fairy on top of the Christmas tree that brings Percy Pig to life I almost fell off my chair in excitement. This surely qualifies as the best gig in the world, right?”