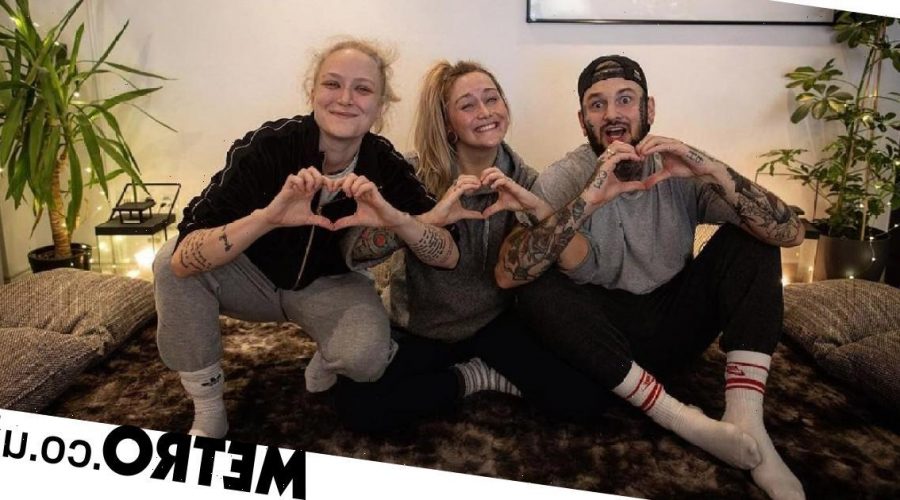 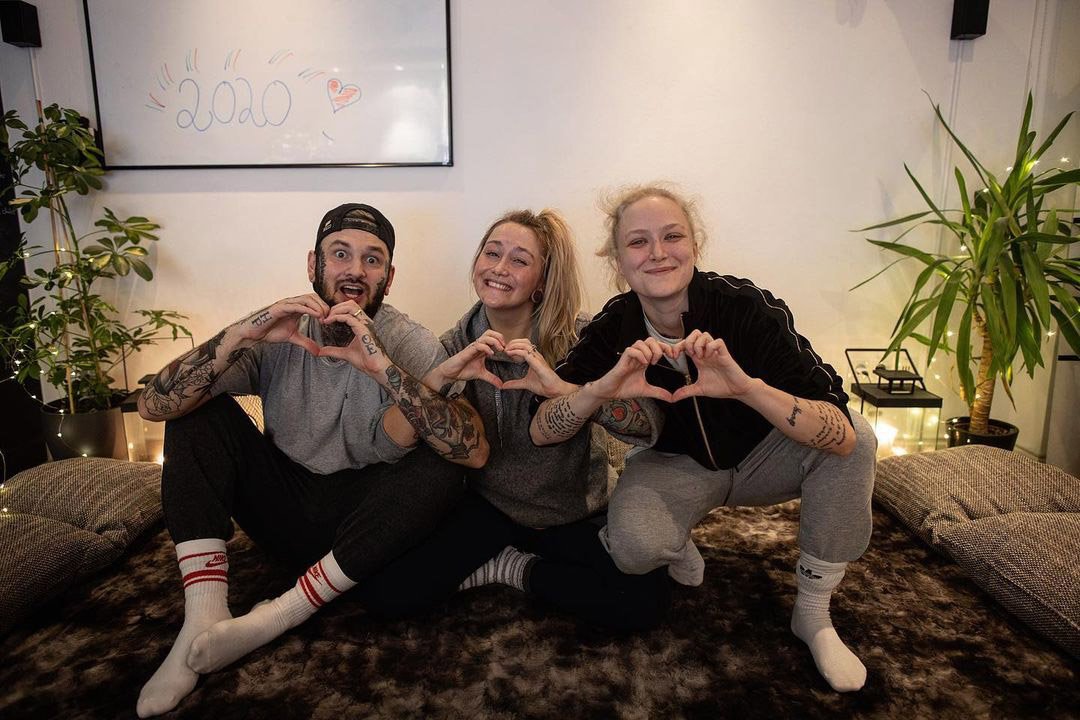 In 2019, 28-year-old Saskia Michalki met a woman in a fitness class she was teaching in Hamburg, Germany. At this point, she had been with husband Marcin, 34, for four years.

Saskia instantly bonded with 29-year-old Lui, who is a lesbian, and they started spending more time together as friends. It was then that she began to realise there was more of a romantic connection.

Saskia was open with Marcin, who is heterosexual, and she says he wasn’t surprised by the news.

‘I faced a big identity crisis when falling in love with Lui,’ said Saskia, who co-owns a media company with her two lovers.

‘I always thought you could only fall in love with someone new if your feelings for your partner were getting less – but this wasn’t the case.

‘I loved Marcin in the same way I had in the beginning, and the last thing I wanted was to lose him. But my feelings for Lui were suddenly there and I couldn’t deny them anymore.’

Saskia says that she and Marcin would have described themselves as ‘extremely monogamous’ before meeting Lui, with the pair being happily married and 100% exclusive.

Although Saskia was crying telling Marcin her feelings, he was supportive. He added that he would be happy to add a third partner to their situation.

Marcin – who is straight – and Lui formed a platonic connection that has led to them becoming ‘best friends’, while Saskia alternates between sharing a bed with each of them separately.

While Marcin and Saskia share their legal surname, Lui has adopted it as an ‘artist’s name’ as it is not currently legal for her to take on the name because she is not married to them.

Saskia said: ‘We always say we are a family. Lui and Marcin are like best friends or siblings – their love is queer-platonic and they don’t have a sexual or romantic relationship towards each other.

‘The three of us function like a team. I swap where I sleep regularly but we don’t live after a calendar or rules. Often it just happens randomly or however the mood is.’

The three spend about 90% of their time all together, saying they’ve never needed to figure out a schedule for alone time or who sleeps where.

Their cohabitation has been helped enormously by the fact that neither Marcin or Lui are jealous by nature, which Saskia says is ‘lucky’.

She said: ‘We don’t have the feeling that we are sharing any love – it’s more like we are all putting our love into one big bucket and it becomes so much more love.

‘It’s really important that we are not two relationships – we are one family, one team.’

When it comes to intimacy, the trio says sex takes a backseat – and they never have threesomes.

‘People often reduce our relationship to sex. The funny thing is, none of us is super needy or prioritises sex highly. Cuddling, kindness and kisses are valued so much higher by us than sex.’

She added that they’ve never encountered ‘a situation where one had to hear the others through the door or something,’ and that they’re happy going with the flow when it comes to sex and intimacy.

Now, Saskia and her lovers want to start a family together and hope that people will be more tolerant of their relationship one day.

‘We are dreaming of getting old together, raising children and grandchildren and someday sitting on our porch and looking back at a wonderful family life,’ said Saskia.

‘We don’t have children yet, but we want to make the world a bit more tolerant for them already.’

The trio share stories of their relationship on social media, gaining hundreds of thousands of followers eager to hear about non-monogamous life.

Saskia says: ‘We want to give a glimpse into our personal life so people can see that we are not crazy and we are not sex-hungry hedonists.

‘Our relationship works and we aren’t hurting anybody. We are normal people that just happened to fall in love twice.’