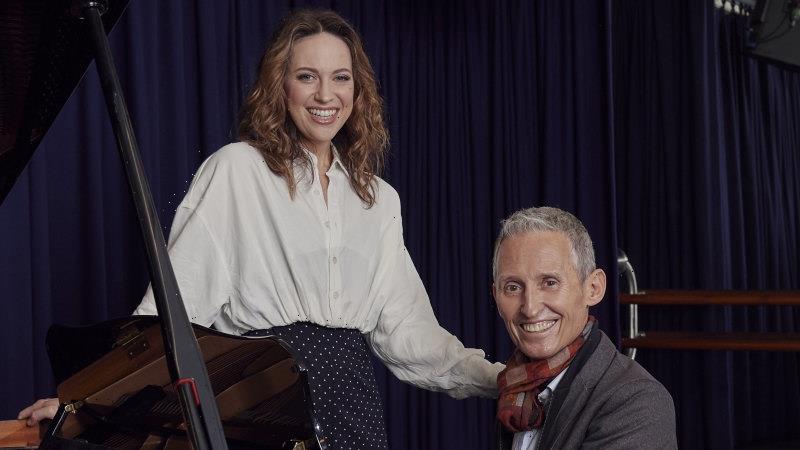 A workaholic father with no time for his wife and kids sounds fairly grim, but that’s precisely the storyline of the Mary Poppins musical. Opening in Sydney tonight, the stage show about the stern but loving nanny who helps a dysfunctional family is a timeless classic, according to composer George Stiles. 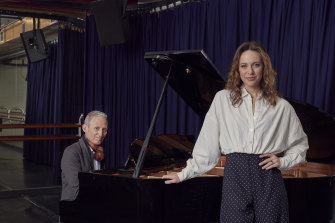 Stiles argues the story is even more poignant now than when it was when written by Australian author P.L. Travers in the 1930s. “Who doesn’t love the idea that your life and your children’s lives can be fixed by a magical nanny who blows in on the east wind, who tidies everything up and leaves you a lot happier than you were?” he told The Sydney Morning Herald.

“The genius of Mary Poppins is she simply holds a mirror up to all of that and allows them to see what they’re doing wrong. It is certainly universal, families get into pickles like that because people get their priorities messed up and children fall through the cracks and relationships fall through the cracks.”

Produced by Cameron Mackintosh, with a script by the Academy Award-winning screenwriter Julian Fellowes of Downton Abbey fame, the show is produced by Disney. The original music is by the Sherman Brothers from the 1964 Disney movie, with additional songs by UK musical theatre team Stiles and lyricist Anthony Drewe. 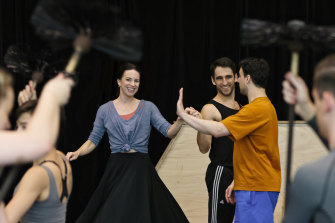 In the Sydney show, local actor Stefanie Jones plays Mary with Jack Chambers as Bert, the chimney sweep played by Dick Van Dyke in the movie, opposite Julie Andrews, who won a best actress Oscar as Mary.

Such an iconic role does come with a weight of expectation, says the 30-year-old Jones.

“It’s a tricky balance to strike between wanting to do her justice in a way that so many people remember Julie Andrews’ iconic performance for example, but I’m really grateful that this creative team are supportive of you finding your own flavour.

“There is a pressure – I’d be lying if I said there wasn’t. I have to do as much work to relieve myself of that pressure as I do learning songs and the movement and practising and rehearsing, so I can go out there and tell the story as best I can.” 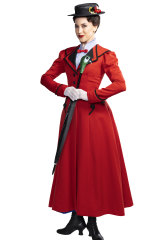 Jones says there is a pressure playing such an iconic role.Credit:Daniel Boud

She agrees the show explores timeless themes. “It’s about a broken family trying to become whole again,” she says. “Mary Poppins is all about tough love – and she gets results.”

Playing Mary is intense and all-consuming. But the one thing Jones didn’t have to contend with was learning the lyrics, as she had grown up with them courtesy of the movie.

The cast have an in-joke of calling the musical Mary Proppins because there are so many props involved. Brooms are a notable inclusion, as is the magical umbrella. “Polly the brolly can be a little tricky at times,” Jones says with a laugh. “It’s like she has a real personality and wants to steal the show sometimes.”

To create the stage version, Stiles and Drewe went back to Travers’ books, as well as to the movie with its wonderful score. “We tried to incorporate the best of both,” Stiles says. “We wanted to make a story that worked entirely as a musical on stage rather than trying to shoehorn the movie onstage.” 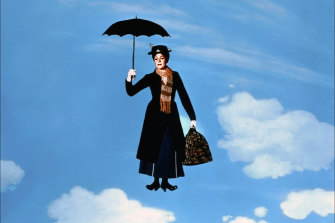 Julie Andrews as the magical Mary Poppins in the 1964 movie of the same name.Credit:Disney

Stiles says the track Feed the Birds, with its poignant message about kindness to others, is at the heart of the musical. “The bird woman is this mystical creature who is summoned up by Mary Poppins to meet the children because she knows they will judge her for what she looks like, rather than what she does and who she is. She is played by the wonderful Nancye Hayes in this production, who is doing a glorious job.”

In the original Mary Poppins books, author P.L. Travers made it clear it was the adults that needed help, not the children. Born Helen Goff in Queensland in 1899, Travers was obsessed with fairytales in her youth, which informed the eight-book series, the first of which was published in 1934 and the last in 1988. Like many fairytales, the original books were much darker than the Disney adaptation.

The film was Disney’s highest-grossing ever at the time of its release, received 13 Academy Awards nominations and won five.

For Stiles, who is also a co-producer of Six The Musical, about Henry VIII’s wives (currently showing in Canberra and on Broadway, it was last week nominated for eight Tony Awards), the theatre is about more than just entertainment. Humans need “to be together and tell stories,” he says. “There is something enormously cathartic about that.”

Musicals may be the ultimate form of escapism, but there’s often another element at play.

“I think the reason they’ve become so incredibly popular over the course of the last few decades is because the best ones have something to say, they speak to us about the human condition,” he says.

“They assure us that it’s not all hell and damnation. There is hope and joy as well.”

Mary Poppins opens on May 15 at the Lyric Theatre and runs until October.