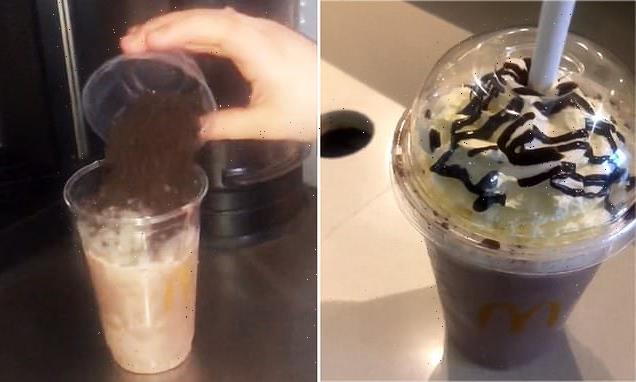 A McDonald’s worker has revealed her favourite ‘secret menu item’ she orders from the fast-food giant every time.

The Australian employee shared a now-viral video on TikTok and said her go-to drink is a cookies and cream frappe.

Unlike a regular chocolate frappe topped with whipped cream and chocolate sauce, the worker added blended Oreo pieces to recreate the cookies and cream taste. 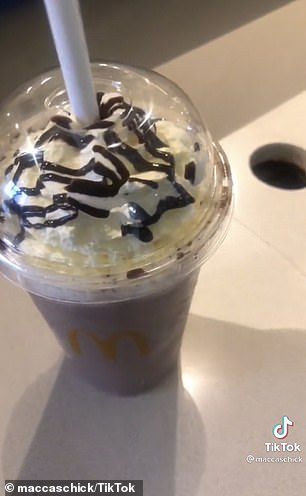 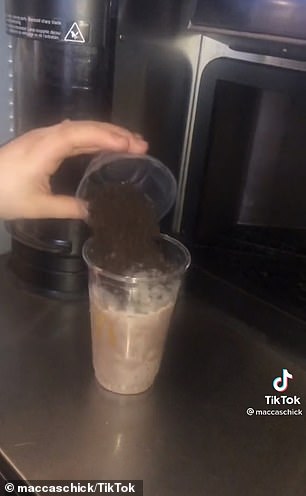 Any customer can order the modified drink simply by asking for a chocolate frappe with blended Oreos.

The short clip shared by ‘Maccas Chick’ is part of a series of videos where the worker answers questions about McDonald’s.

The frappe video captioned ‘my favourite thing to drink’ has since been viewed more than 38,000 times.

‘I just got this, it is amazing,’ one person wrote in the comments.

‘As a Macca’s employee, I can confirm that this drink is possible to make and is amazing,’ another worker confirmed.

While hundreds praised the unique order, others dubbed the salted caramel frappe as ‘the best thing’ to order from the McCafe drinks menu.

Earlier this year another McDonald’s worker revealed a lesser-known truth about the fast-food giant’s onions. 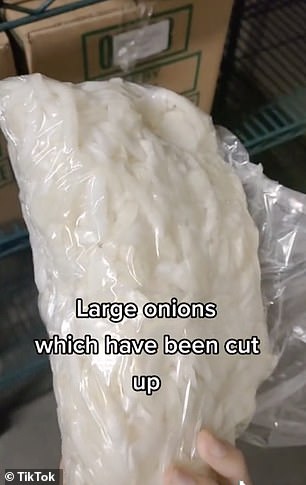 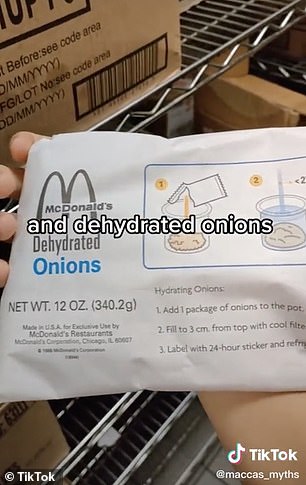 ‘At Macca’s, we have two types of onions. Large onions which have been cut up and dehydrated onions,’ the employee wrote.

The TikToker then explained the dehydrated onions are soaked overnight in a bucket of water with a lid on top before being drained the following day and put into onion shakers.

Daily Mail Australia understands the dehydrated onions are used in Big Macs, hamburgers and cheeseburgers, while all other McDonald’s items containing onions use locally-sourced produce.

Within four days the video went viral and received more than 271,000 views.