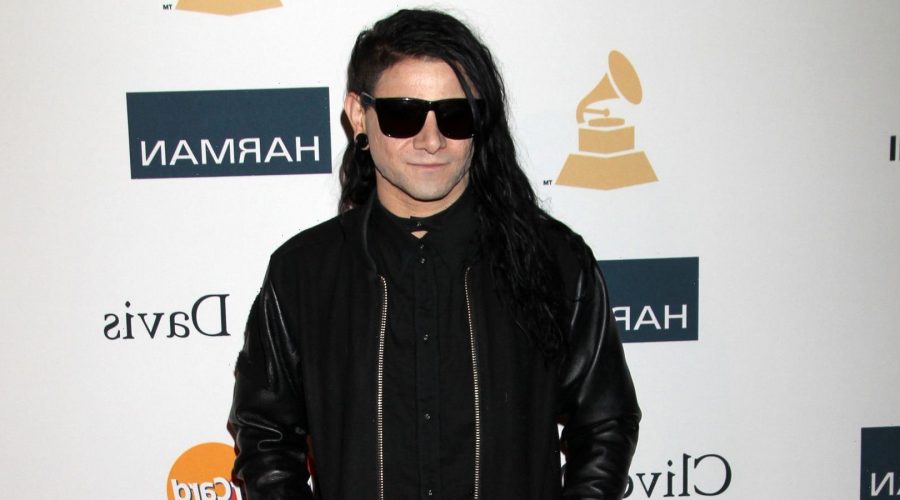 Starting his path from the 2000s, Sonny John Moore, known as Skrillex, reached having $50 million net worth. Skrillex is an American DJ, songwriter, producer, and multi-instrumentalist, and, most importantly, he is the pioneer of dubstep. He has over sixteen million subscribers on his YouTube channel, and he makes a solid amount of money. Here’s what you need to know about one of the most iconic DJs for the last years.

Initially, Skrillex joined a post-hardcore band From First To Last in 2004; he became the lead singer. Interestingly, he attended electro club raves through which he found out about the group’s audition. Firstly, they were looking for a guitarist, but after several studio producers heard him singing, they decided to make him a lead singer. However, Skrillex didn’t stay in the band for long. He recorded two studio albums with the band (Dear Diary, My Teen Angst Has a Body Count, 2004, and Heroine, 2006). The band was successfully performing in several tours but then, Moore started having vocal problems, which caused the band to resign from performing. He even had to go through a vocal surgical procedure, which ended up successfully. Since then, he decided to stop singing but continue being in the music industry.

In 2007, Sonny Moore started his musical career alone. He joined the Alternative Press Tour and appeared on the cover of Alternative Press’ annual issue, called ‘100 Bands You Need to Know’. Among other famous alternative bands in the tour were Bring Me The Horizon, Black Veil Brides, All Time Low, and 3OH!3.

Later, in 2008, Moore began performing as Skrillex at clubs in the Los Angeles area. His remixes for Lady Gaga’s Bad Romance and Snoop Dogg’s Sensual Seduction made him extremely popular. Then, Skrillex launched EP My Name is Skrillex for free on his MySpace page. Yet, the following EP’s were way more successful: Scary Monsters and Nice Sprites released in late-2010, and More Monsters and Sprites in mid-2011. Actually, the year 2011 was his lucky ticket. Skrillex received five Grammy Award nominations at the 54th Grammy Awards; he won ‘Best Dance Recording’, ‘Best Dance/Electronica Album’, ‘Best Remixed Recording, Non-Classical’, and he became Best New Artist. In addition, he was named MTV’s Electronic Dance Music Artist of 2011 and even nominated for the BBC Sound of 2012 poll. By the way, Skrillex is the only electronic dance music artist who won the biggest number of Grammy Awards – eight.

In 2014, Skrillex released his first studio album, Recess, which eventually peaked at number four on the Billboard charts.

Throughout his whole musical career, Skrillex was developing either himself or in collaboration with other artists. In 2012, together with Boyz Noize, he formed Dog Blood. It’s a side project they released their debut single consisting of two songs, “Middle Finger” and “Next Order,” on iTunes and Beatport. In 2013 the duet performed live at Ultra Music Festival with a new material that included “Wild For The Night,” ASAP Rocky’s remix. All in all, the two appeared in public more time, but the last time was in 2019 in New Orleans, Louisiana, with a performance at BUKU Music + Art Project.

Another duet Skrillex has is Jack Ü with Diplo. They performed in 2013 at the Mad Decent Block Party in San Diego. In 2015, they announced cooperation with Missy Elliot on a remix of “Take Ü There,” their first official single.

In 2015, Skrillex partnered with a famous rapper, Rick Ross, for the single “Purple Lamborghini,” which, by the way, appeared on the Suicide Squad soundtrack. In addition, he collaborated with other prominent artists, like Poo Bear, Austin Millz, Starrah, Alvin Risk, Swae Lee, and more. In 2017, Skrillex announced to return to the first band he started his musical career in. But it doesn’t mean he stopped performing solo. On October 27 this year, he performed for the first time since the beginning of the pandemic at Avant Gardner in Brooklyn, New York. Well, it seems he’ll continue to contribute to alternative music for sure.