The royal baby has arrived today, Monday 6 May, with new parents Meghan Markle, 37, and Prince Harry, 34, confirming the exciting news on the Sussex Royal Instagram page. The couple recently moved to Frogmore Cottage, Windsor, giving the little one the opportunity to grow up in the countryside. This was not dissimilar to how Prince George, five, the royal baby’s eldest cousin, spent some of the first years of his life. Kate Middleton and Prince William relocated to live at Anmer Hall in Norfolk back in 2015, following the arrival of Princess Charlotte, now three.

The family moved back to London, taking up residence at Apartment 1A in Kensington Palace, in 2017.

Many members of the Royal Family have often attended the same schools to one another in the past.

So, will the youngest addition to the royal family follow in the footsteps of their older cousin? 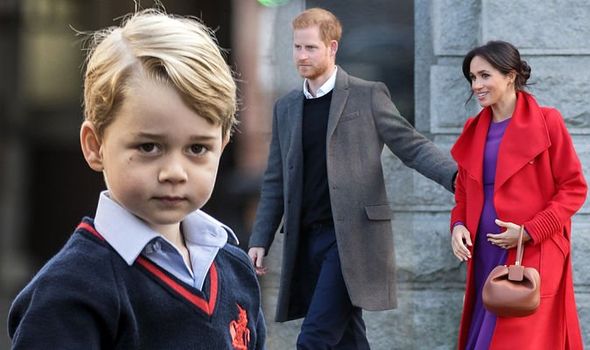 Thomas’s Battersea, the school attended by Prince George, has changed its registration procedure

The answer is unknown, and it’s likely to depend on where the family are living at the time – due to Thomas’s London Day School not being a boarding school.

Should the royals wish to register their child at the school, they may be pleased to hear that the procedure for admission has recently changed.

Previously, parents of babies born before September 1 2018 were advised to register their child for a place at the school as soon as possible after birth – in order to gain a place on the Main Registration List to the Reception class.

This meant that when the time came, the child would be guaranteed to have an offer of an entrance assessment, once the time came.

However, the school has decided to change the procedure, in an attempt to alleviate “stress and anxiety” that may have arisen under the former system. 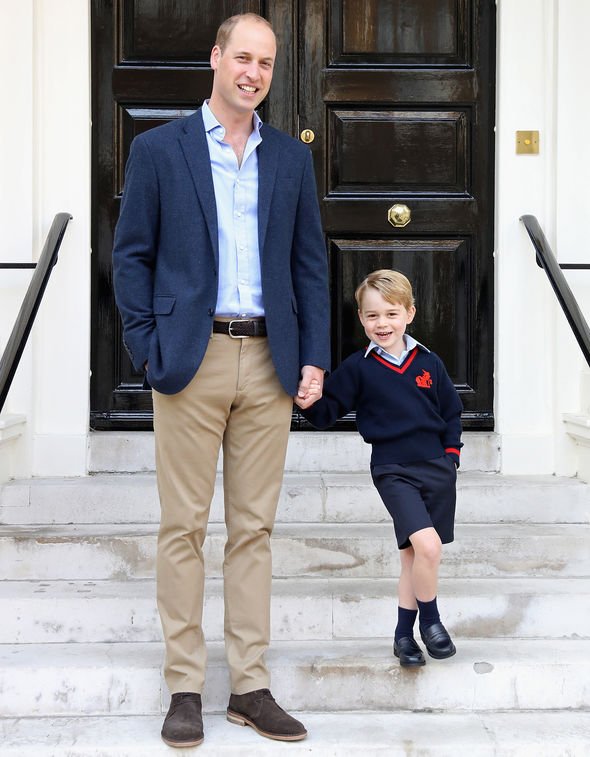 Royal baby in pictures: Royal babies through the years

Royal baby in pictures: Royal babies through the years

Now, any child who is born after the aforementioned date, such as baby Sussex, need only be registered on September 1, three years before entry.

Thomas’s London Day school explain that this is when the child is aged between one and two years old.

The school runs a Main List for pupils, who they then meet as part of the admissions process.

This list closes once there are three applicants for each place, with pupils registered after this time being listed on a Reserve List, the school’s website explains.

This means that Meghan and Prince Harry have more than a year to wait until they would need to register their child for the school, should they wish to.

Who is Meghan Markle? Quick profile

Her father was previously married to Roslyn Loveless and Meghan has two elder half sibling – sister Samantha Markle and brother Thomas Markle Junior.

Meghan’s first television appearance in the USA was in an episode of the medical drama General Hospital in 2002.

She later moved on to roles in CSI, Without a Trace and Castle along with bit parts in Hollywood films including Get Him to the Greek, Remember Me and Horrible Bosses.

Meghan was also a “briefcase girl” on Deal or No Deal – but her most famous role was as Rachel Zane in legal drama Suits, which launched in 2011.

She was written out in the finale of the seventh series when her character got married, which aired in April 2018 – just before she got married herself.

Meghan Markle’s career in television has gone hand-in-hand with her support for causes close to her heart.

She wrote about the stigma around menstrual health in an article for Time magazine and was a Global Ambassador for World Vision Canada – with whom she travelled to Rwanda for the charity’s Clean Water Campaign.

And her commitment to gender equality has seen her work with the United Nations – receiving a standing ovation in 2015 for her speech to mark International Women’s Day.

In September 2011, she wed film producer Trevor Engelson, who she began dating in 2004.

She was in a relationship with celebrity chef Cory Vitiello for almost two years, before they broke it off in 2016 but the two remain good friends.

And in June 2016, she met Prince Harry on a blind date set up by a mutual friend.

Their relationship began in October that year and just over one year later, on November 27, 2017, the pair announced their engagement.

Some have claimed Meghan Markle is the first mixed-race member of the Royal Family.

Historians are still arguing about Queen Charlotte, the wife of King George III.

But Meghan will be the first royal to openly embrace a mixed-race heritage.

She has written about the difficulties of being a biracial actress in Hollywood as she claims she is not black enough for some roles and not white enough for others.

06/05/2019 Lifestyle Comments Off on Meghan Markle baby: Will child go to same school as Prince George? Procedure has changed
Lifestyle