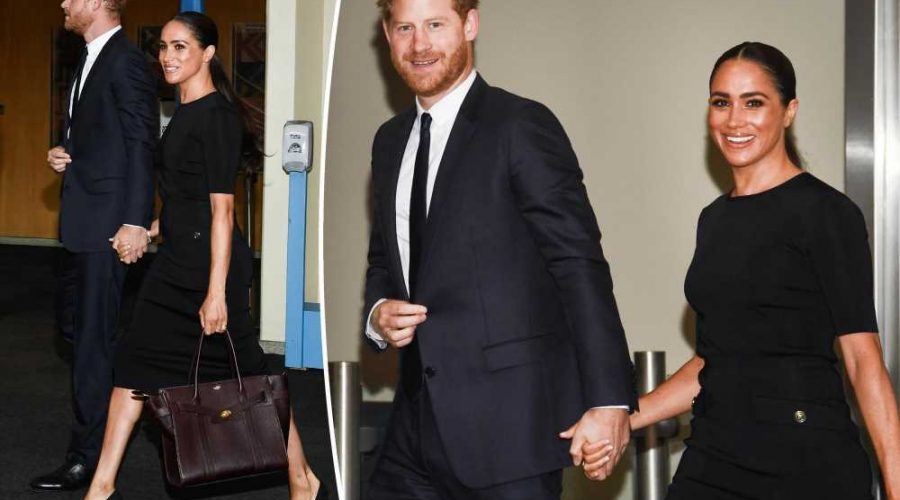 Meghan Markle is back in the city.

The couple kept things understated, with Harry, 37, sporting a navy suit and Markle, 40, opting for a chic short-sleeved black dress.

She accessorized with a large Mulberry tote and black suede pumps as well as two rings from Shiffon.

The “Suits” alum parted her hair down the middle in a low ponytail for her understated look as she watched the prince give a keynote address.

Markle and Harry have been vocal supporters of Mandela’s work after meeting his widow, Graça Machel, in South Africa in 2019. The royal’s late mother, Princess Diana, was close with the the civil rights activist before her death as well. 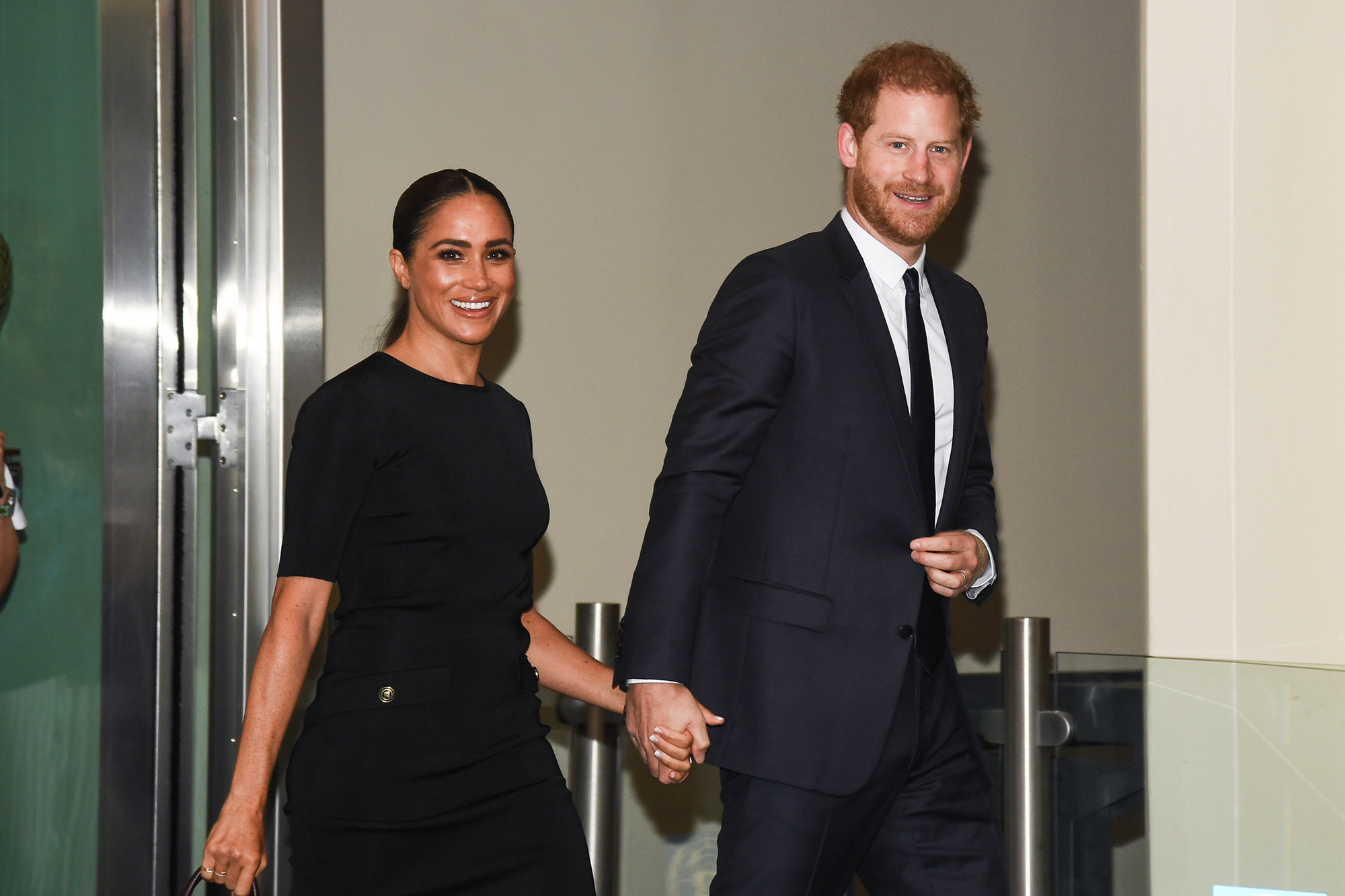 Nelson Mandela Day was officially recognized in 2009 in celebration of the leader’s legacy.

This marks the first high-profile event for the couple since resigning from their official royal duties in early 2020, save for the quick appearance they made at Queen Elizabeth II’s Platinum Jubilee last month, bringing 3-year-old son Archie back to the UK for the first time since he was a newborn and 1-year-old daughter Lilibet on her first overseas trip. 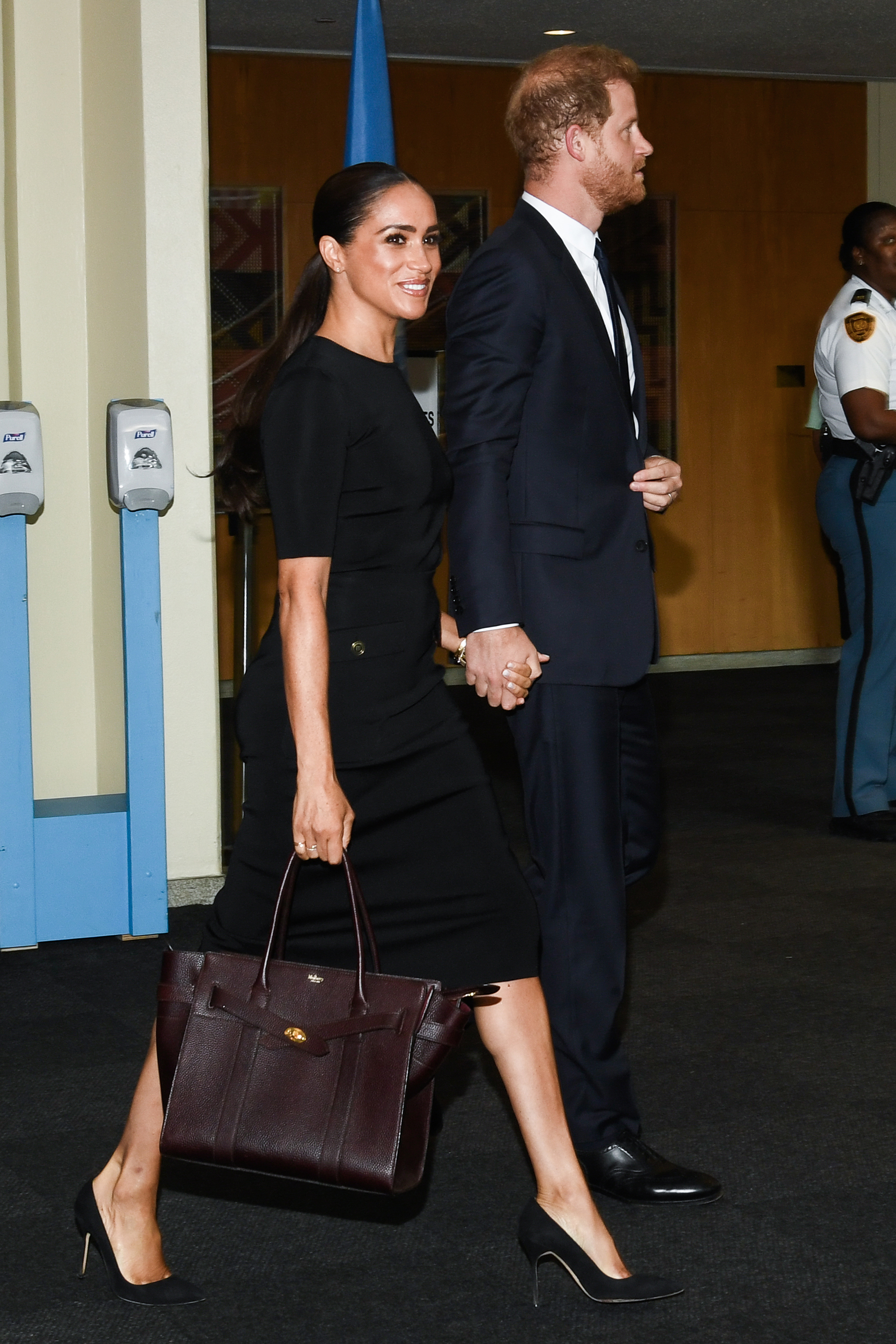 The royals are going to be in the spotlight more often in coming months.

Harry has a “juicy” memoir in the works that insiders told Page Six should make the royal family “nervous.”