Many royal fans have probably heard of Meghan Markle’s life story. She was a middle-class girl who grew up to be an actress. Then, she met Prince Harry, fell in love, got married, and had a son.

However, there is one story that took place during an early part of Markle’s life that is a lot of people have not heard about. In fact, this story involved what she reportedly described as “the scariest moment” of her life. Read on below to find out what event took place that really terrified Markle. 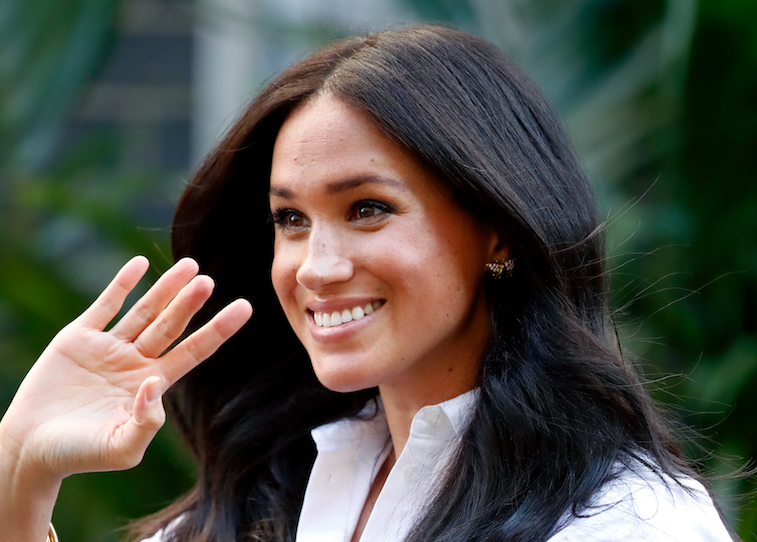 This story took place when Markle was a college student at Northwestern University. Although Markle always had a fascination with the acting world, she did not always want to pursue acting.

When she was still a student, Markle actually was working towards a career in diplomacy, which is why she decided to double major in theater and international relations.

Markle had a ‘scary moment’ during an internship abroad

Today The Duke and Duchess of Sussex joined The Queen and members of The Royal Family at the annual Trooping the Colour, to celebrate Her Majesty’s official birthday. Trooping the Colour orginated from traditional preparations for battle and has commemorated the birthday of the sovereign for more than 250 years. In the 18th century, guards from the royal palaces regularly assembled to “troop" colours or flags down the rank, so they could be seen and recognised by the soldiers. In 1748, it was announced this parade would also mark the Sovereign’s official birthday. Trooping the Colour is performed by regiments of the British and Commonwealth armies for The Queen’s birthday parade, allowing them to pay a personal tribute to Her Majesty. Today over 1400 parading soldiers, 200 horses and 400 musicians came together on Horse Guards Parade in London in a great display of military precision, horsemanship and fanfare. The parade concludes with a 41-gun salute fired by The King’s Troop, following which The Queen leads members of The Royal Family back to the balcony of Buckingham Palace to watch the Royal Air Force flypast display. Photos credit: PA

Markle was a hard worker at school (she reportedly finished most of the required credits by the end of junior year), which allowed her to land a prestigious internship at the U.S. embassy in Buenos Aires, Argentina.

In 2002, she embarked on the six-week internship as a junior press officer. The experience would definitely turn out to be a memorable one she will never forget.

On her 21st birthday, Markle was allowed to accompany the convoy that was picking up the U.S. Secretary of Treasury Paul O’Neill on his visit to Buenos Aires. However, this was during an economic crisis in Argentina, so the Argentine people were not too happy about O’Neill’s visit. Argentina blamed the U.S. and the International Monetary Fund for the devaluation of their currently, and before he came to Argentina, O’Neill had also said some unkind words about South American countries.

O’Neill was greeted by an angry mob in Buenos Aires. He later told: “I remember the arrival because protesters banged on my limo with their placards. It was a memorable event.”

According to royal biographer Andrew Morton, Markle — who was originally excited about being a part of the convoy — would later describe the experience as “the scariest moment of her life.”

This was also less than a year after the 9/11 attacks, and there were rumors that Islamic militants were looking to do some business in South American countries. Morton noted: “Meghan would have already been wary and it’s easy to imagine how frightening she would have found an angry mob of protesters attacking her car.”

In any case, while she seemed to have done a tremendous job at her internship, Markle eventually left the diplomacy path. She took the Foreign Service Officer Test while in Buenos Aires, but she failed it and reportedly thought that it was “a stretch too far.”

Does Markle fear for her safety?

Spotlight on: Smart Works We are proud to be supporting a very special initiative this autumn for @SmartWorksCharity! After quiet visits to Smartworks over the last year, The Duchess was moved by the impactful work being done by this non profit organisation that helps women into the workforce, equipping them with both the skills and clothes they need to feel job-ready. Throughout her visits she noticed that while the donations were plentiful, they were also notably a combination of mismatched items and colours which weren’t always the right stylistic choices or sizes that didn’t necessarily “suit” the job at hand: to make a woman feel confident and inspired as she walked into her job interview. As a result, launching this autumn, The Duchess will be supporting a collective to help equip the women of Smart Works with the key workwear essentials they need as they enter into the workplace. This initiative is supported by four generous brands who share the vision to empower the women of Smart Works to look and feel ? as they bravely venture in to what can often be a daunting environment for those who have been out of the job market. The brands have come together to work towards this united force for good, “[reframing] the idea of charity as community,” as The Duchess writes in a piece for this month’s British Vogue. They will follow the 1:1 model where an item from the collection purchased is an item shared with a woman of Smart Works because “not only does this allow us to be part of each other’s story; it reminds us we are in it together.” For more information on how you can be part of another woman’s success story visit @smartworkscharity. Special thanks to: @JohnLewisandPartners, @MarksandSpencer, @MishaNonoo, @InsideJigsaw for supporting this very special organisation. And to find out more, read the September issue of @BritishVogue and stay tuned for more exciting updates this autumn. Photo©️SussexRoyal

Markle might have left the angry mob situation in one piece, but there are evidence that she is not completely at peace these days as the Duchess of Sussex. She is currently one of the most high-profile people in the world, and that obviously comes with a lot of security concerns.

Frogmore Cottage, the house that she lives in with Prince Harry and their son, has been said to have Fort Knox-style security. There are cameras and sensors all around the premise, and especially near the nursery. A source even said that it is almost like a fortress.

Whenever Markle leaves her house, she is also accompanied by bodyguards. The duchess reportedly does not like going out without these protection officers. “There are certain things she’s extremely paranoid about, such as being physically attacked,” an insider said to The Sun.