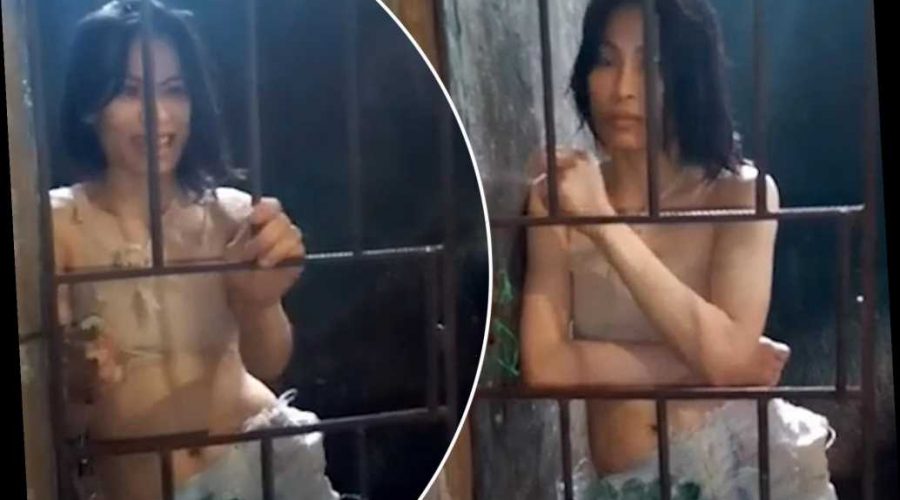 No sign that NYC’s surging violence will wane in 2021

She dreamed of being a model — now she’s just a model prisoner.

A woman who suffered a nervous breakdown has been locked in a cage for the last five years by her family, as documented in a tragic viral video released Friday by Newsflare.

Bebe, 29, was living with family and working in a local shop before she was diagnosed with psychotic depression in 2014 in the Philippines.

She began having hallucinations and was admitted to a psychiatry unit at a hospital in the Negros Occidental province.

Family friend Glyzel Bullos said the striking Bebe — who aspired to be a fashion model — gradually improved after a year of treatment. Doctors were reportedly optimistic about her condition.

However, when her father became sick in 2015, the family could no longer afford her medical bills. She was discharged from the facility and went home to be cared for by her family, Bullos told the outlet.

Bullos recalled disturbing episodes when Bebe would become so violent that her family was forced to lock her up for her own safety.

“Sometimes Bebe would throw things at neighbors, or wander outside the house and start riding the bus,” she told Newsflare. “There was one time her family was looking for her and found her a week later in [the] Cebu province when the police contacted them.”

Her siblings eventually built a small cage for her inside the house. Now, the family dresses her in rags because she has destroyed so many of her clothes.

“She munches on her dress until they are tattered, so they dress her in sacks because she doesn’t like eating them,” Bullos said. “They are locking her up so she won’t hurt herself, and not because they don’t love her.”

This is not an isolated incident in a nation where nearly 50 million people are living in poverty, according the the latest self-reported statistics from the Social Weather Stations.

The survey, conducted from November 21 to 25 using in-person interviews of 1,500 adults nationwide, showed 48% of families rated themselves as poor, while 36% feel borderline poor, according to Filipino news outlet ABS-CBN.

“Medical services are expensive, especially a private mental institution,” Bullos said. “I hope there are people who could help us bring Bebe back to her past self.”

The Philippines Department of Health implemented a National Mental Health Act in 2019, and launched a 24/7 national crisis hotline — but officials are asking for the public to spread the word about newfound resources.

“We certainly need the support of everyone as the DOH cannot do this alone,” Health Secretary Francisco T. Duque III said in a statement. “Everyone is enjoined to support the dissemination of the hotline numbers.”

Duque III added, “Other support groups, mental health professionals are also enjoined to be part of the network of service providers so that we may serve our people well and keep them mentally healthy because there is no health without mental health, and perhaps save a life in the process.”