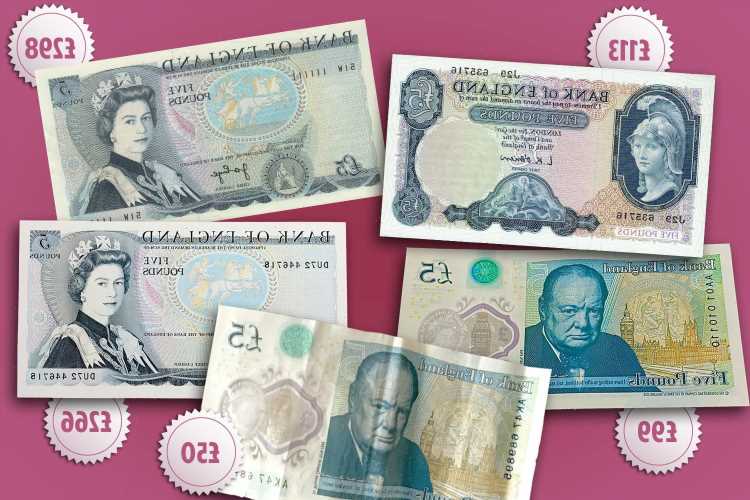 COLLECTORS love a rare and valuable note, especially if it's something that could be easily lurking undiscovered in your wallet or purse.

Most of the time, that's very much the case, as something that can make a fiver worth more than a fiver, could be a simple as the small print on the design. 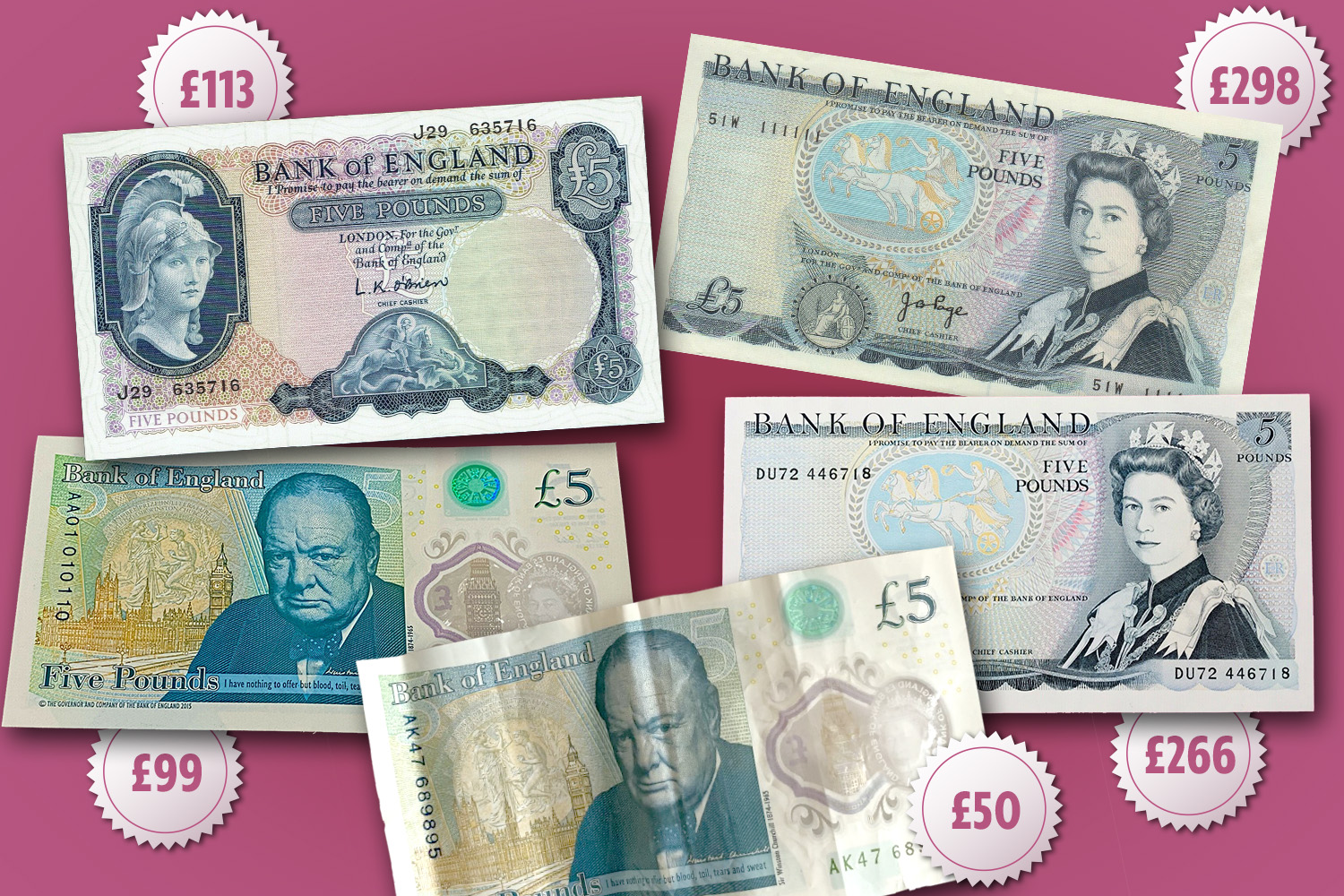 Sometimes it's a case of the serial number printed spelling out an innuendo, or it's the first of its batch.

Similarly more retro copies can fetch a pretty penny with traders and sellers too.

From new to old though, a number of rare and valuable fivers have made their way into the public's hands.

While some may not even be technically worth their own denomination in value as they've fallen out of being legal tender, keen collectors on eBay are willing to auction rare £5 notes that they claim to be valuable.

Spot one yourself with a noticeable quirk and you could be quids-in too.

Remember, if you're selling on eBay then you need to keep in mind that a buyer could have pulled out after the auction ended, meaning the coin or note won't have actually sold for the price that it says it has.

You should always be wary of fakes that may be in circulation too.

You can always head to experts to get your change validated, that way you'll know if it's the real deal, and if that's the case you may be able to hike up the price you sell it on for.

But the value of various £5 notes can vary from one day to the next, while a collector may be willing to pay hundreds, if it's rare, has a history, or any of reason, the Bank of England may only accept it at face value.

In the meantime, here are some of the top sellers we've spotted on eBay recently that have managed to go for a few bob. Check them out below. 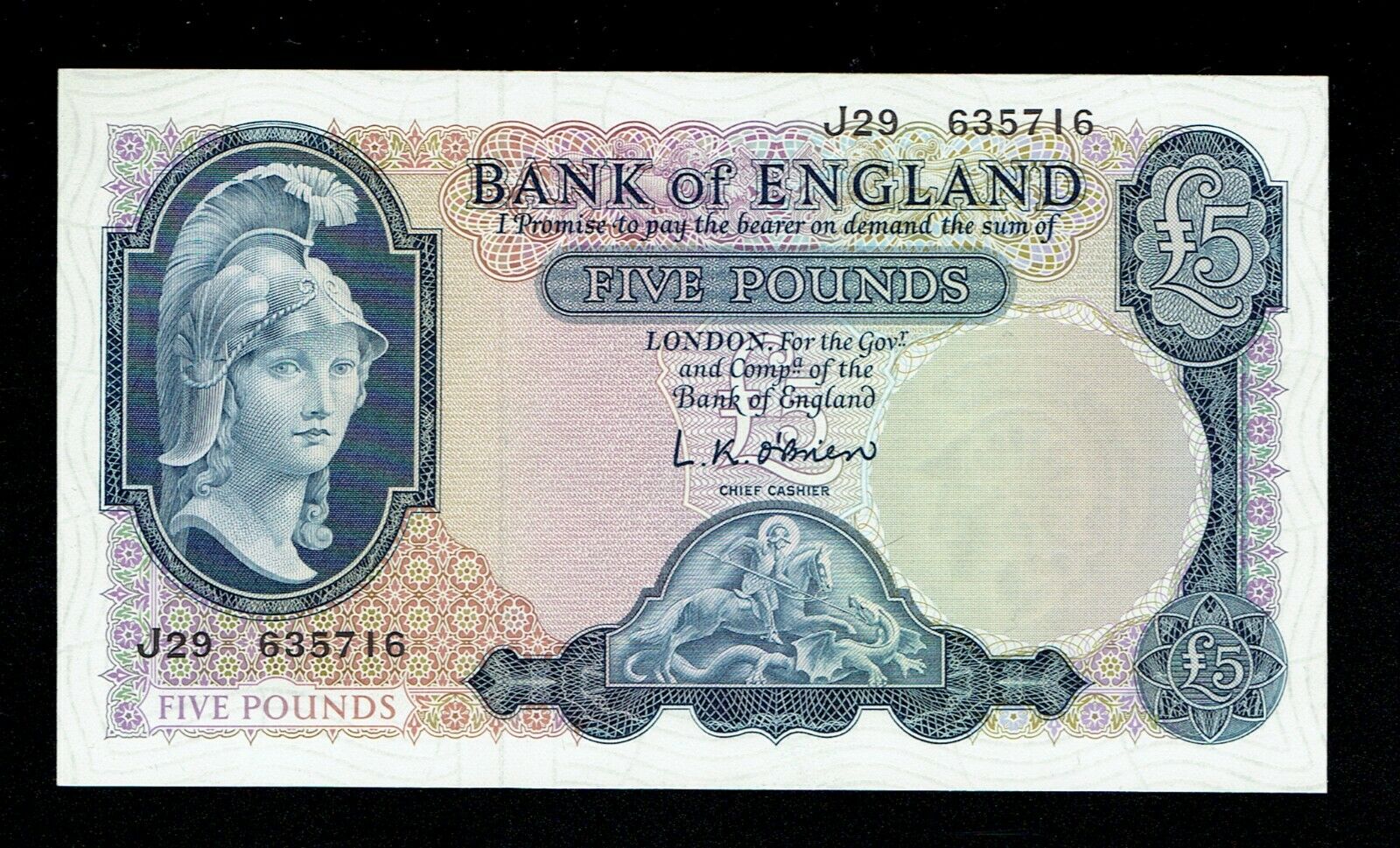 Older notes can be worth a fair amount of money even though they'd be worth nothing at face value today.

You can't use them to pay for your lunch down the local café like you may a regular fiver, so for many the purpose of the style fiver is futile.

But a version we found that sold on eBay on October 10, fetched £113.11 after 28 bidders battled it out to claim the copy, so it's not worth disregarding too quickly.

The seller dubs it "fantastic condition" and a "great investment" considering the age of the note claimed – the seller says it's from 1957 as they named it a "British rare antique gem."

It's the serial number on this fiver that makes it so special.

It is printed down the left hand side and also appears in the bottom right below the clear window.

Rare coins and valuable notes – is yours worth a mint?

It's, of course, the first range in the series printed which makes it more appealing to collectors.

Some cases have shown that fivers with the low serial number have been sold for thousands of pounds online, with one dad of three making more than £1,000 from his mini collection. 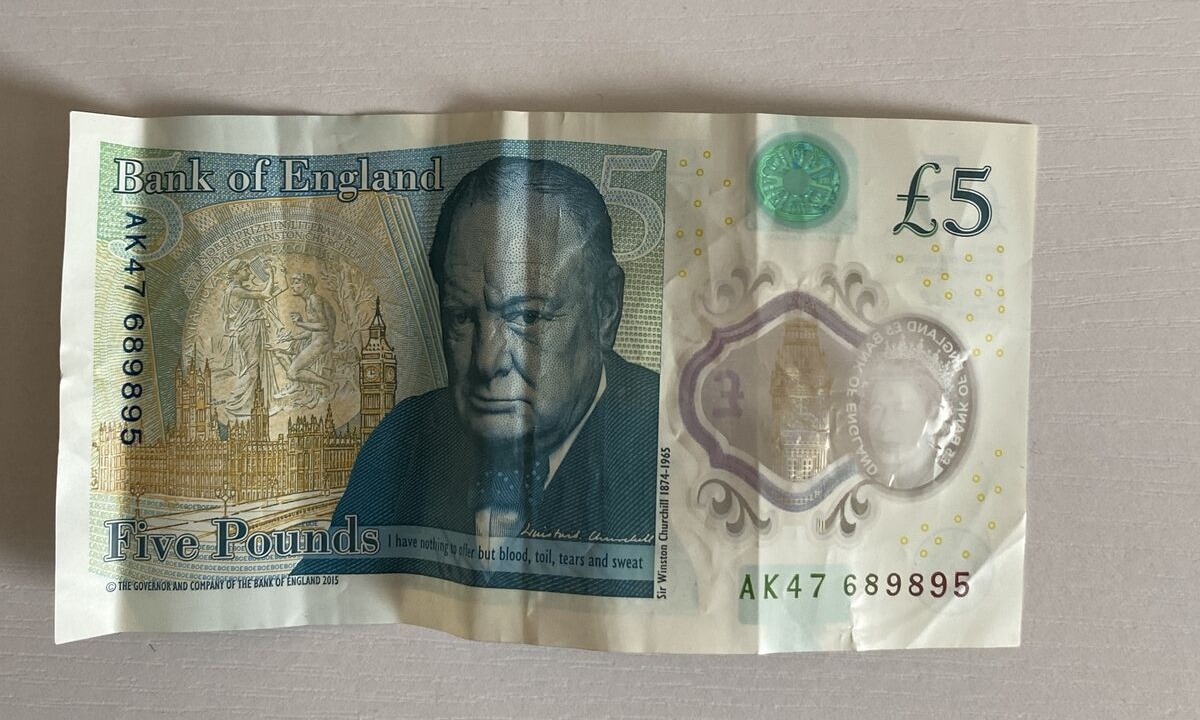 You could say that this £5 is similar to the last in that it's serial number is low and therefore one of the first produced making it appealing to collectors.

But that's not really why most change hunters are out to get their hands on it.

The AK47 aspect (sounding similar to the type of assault rifle) gives it an extra mobster appeal – which is perfect for Instagram bragging.

But more recently we've seen the £5 notes go for around 50 quid as one that sold back in August this year went for as much as £50 after a few days of bids. 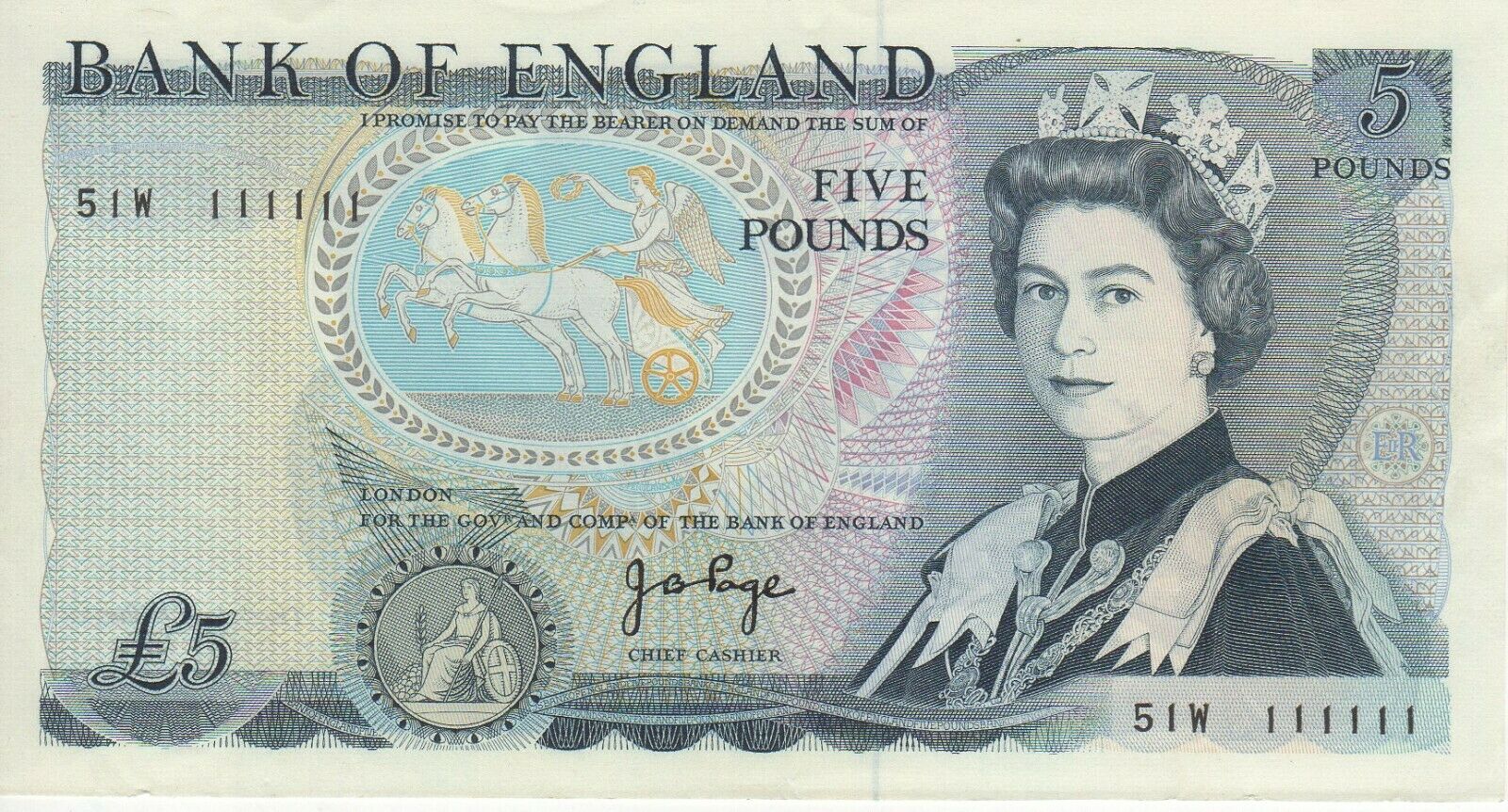 One older £5 note we spotted managed to fetch almost £300.

It's another one great for serial fans as it has 111111 printed on the design.

It sold on eBay on October 30 for £298 after 20 bids were placed on it in an effort to secure the rare and valuable note.

Similarly, another, more modern fiver we've spotted in the past and was a hit with collectors, was one with the serial code AA01 444444 on it.

The repeated number pattern in both is rare – it's almost like getting all your numbers on your lottery ticket so it's definitely worth looking out for in your change. 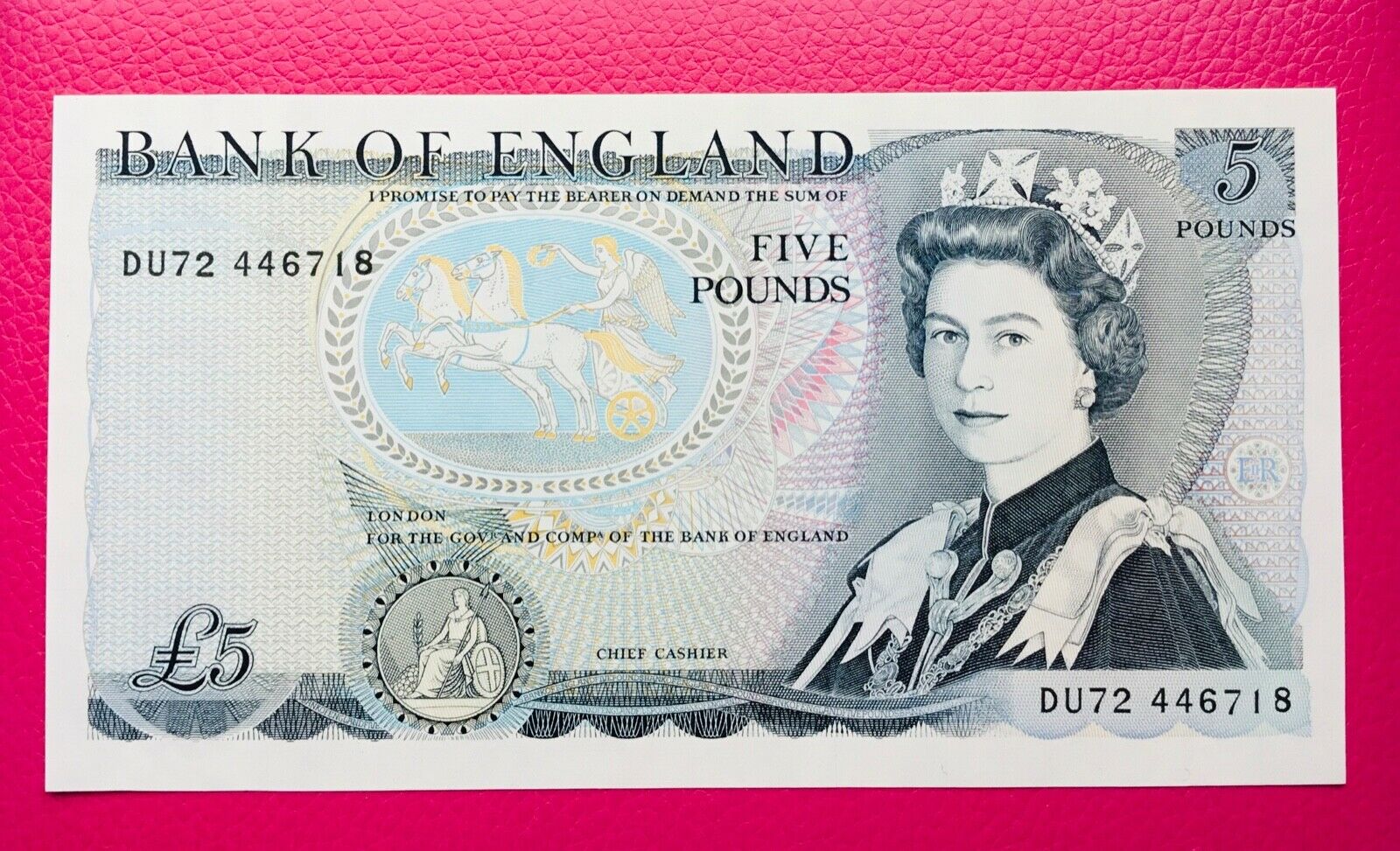 Unlike most of the notes designs, this one doesn't feature a signature on the centre of the money.

You could say this technically makes the note an error copy as it's missing the crucial element.

Missing such a central staple of the design didn't deter bidders though, and if anything, made them want it more.

We know this because 14 bids were placed on a recent eBay listing of the note which drove up the price to as much as £266.05 – over 50 times its denomination value.

Collectors will always want something as little different from the rest, so the mistake will mean there are low numbers of likewise notes out there making this one very rare.