A mother-of-one who has married her cousin revealed how they fell madly in love after reconnecting on social media 22 years after they lost contact.

Cheryl and David Hickman, both 47, from Welwyn Garden City, Hertfordshire, who are first cousins and their fathers are brothers, grew up playing together as kids.

The pair lost touch when David’s family moved away when they were aged 14.

However years later, in 2009, Cheryl, who is a transport passenger assistant with a daughter, Caitlin, now 18, from a previous relationship, reunited with David and the pair fell in love. 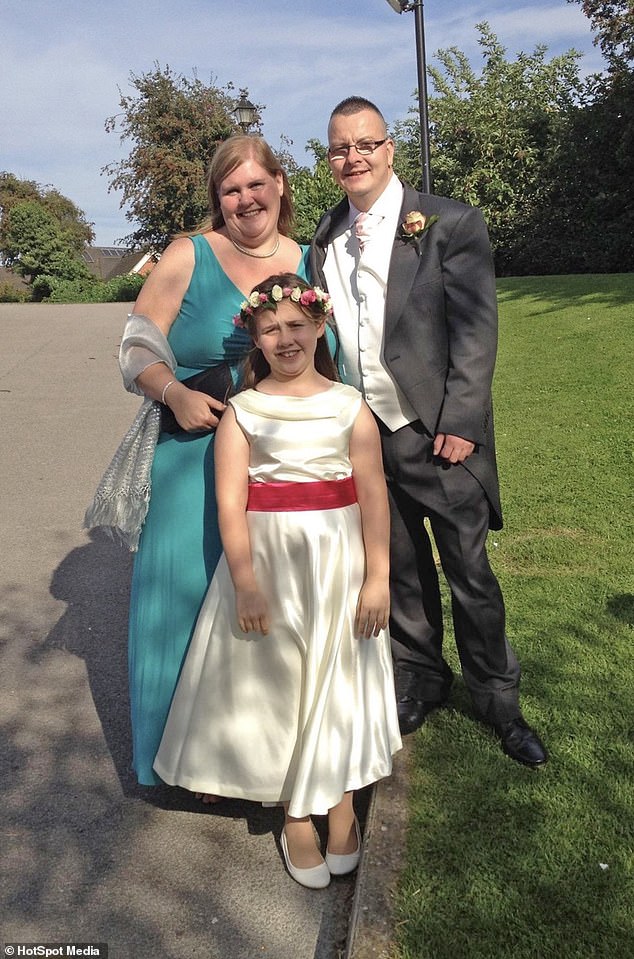 Cheryl and David Hickman, both 47, from Welwyn Garden City, who are first cousins, reflected on how they fell in love after losing contact as teenagers. Pictured: Cheryl and David with her adopted daughter Caitlin

The couple who are deeply in love, claim they don’t care what society thinks of their unorthodox relationship.

Cheryl said: ‘When I was younger I never thought my future husband would end up being my cousin.

‘But you can’t help who you fall in love with.’

Growing up, Cheryl and David’s families were close, visiting each other once a month in Wandsworth, London.

Cheryl said: ‘While our parents nattered, David and I would play together.

‘David loved to follow me around the house and yank my ponytail.

‘Even though we were the same age, I always referred to him as my annoying little cousin.’

In February 1986, David who is now a stay-at-home dad, and his mother, moved 40 miles away to Welwyn Garden City, Hertfordshire.

Cheryl said: ‘I was really upset when they left. 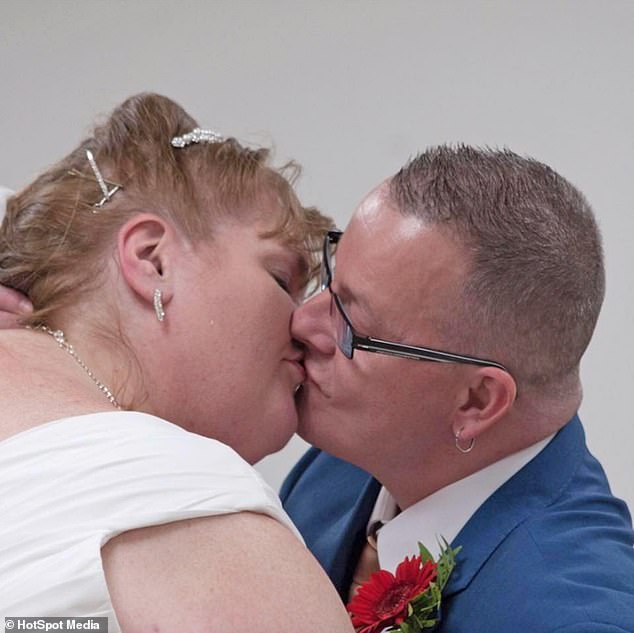 Cheryl and David (pictured) hadn’t spoken in 22 years, when he sent her a message on Facebook out of the blue

‘Dad reassured me we’d stay in touch with them but not long after, he and my uncle stopped talking.

‘After that, David and I lost touch.

‘During the next few years I always wondered what happened to him.’

Then, in 2001, Cheryl and her then partner adopted a newborn girl, Caitlin.

The following year, Cheryl got married but they divorced six years later in 2007.

In 2009, Cheryl received a message from David on Facebook out of the blue.

Cheryl continued: ‘I hadn’t heard from him in 22 years.

‘That night, David and I messaged back and forth, catching up on each other’s lives. 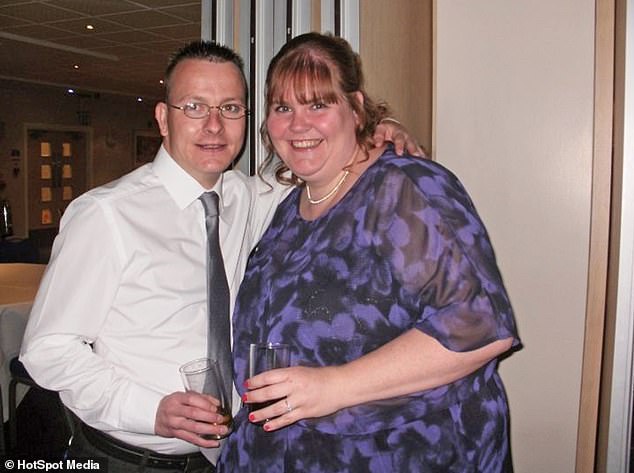 Can you legally marry a relative in the UK?

Cousin marriages have been legal in the UK for over 400 years.

It’s most common in British Pakistani culture – where 55 per cent of youngsters are marrying their first cousins.

Figures suggest that 42 per cent of all marriages end in divorce, but in first cousin marriages it is 20 per cent.

However the long-term Born in Bradford study tracking the health of 13,500 children born in 2007 found worrying statistics.

Medical data previously suggested that while British Pakistanis were responsible for 3 per cent of all births, they accounted for 30 per cent of British children born with a genetic illness.

The risk of birth defect in the children of blood relatives increases from 3 per cent to 6 per cent.

Among the famous names to have married their cousins is Charles Darwin who married his first cousin Emma Wedgwood. In addition to Queen Elizabeth of England and her husband Prince Philip who are third cousins.

It is illegal in the UK to marry the following relatives: Mother, father, brother, sister, grandparent, grandchild, aunt, uncle, niece or nephew.

‘I discovered he was divorced and had step children. I told him all about Caitlin and my past marriage.’

The pair then began to speak everyday.

She said: ‘As he walked in, I thought he looked really handsome.

‘Suddenly, I realised I found my cousin attractive. I tried to shake it off, but I couldn’t help the way I felt. 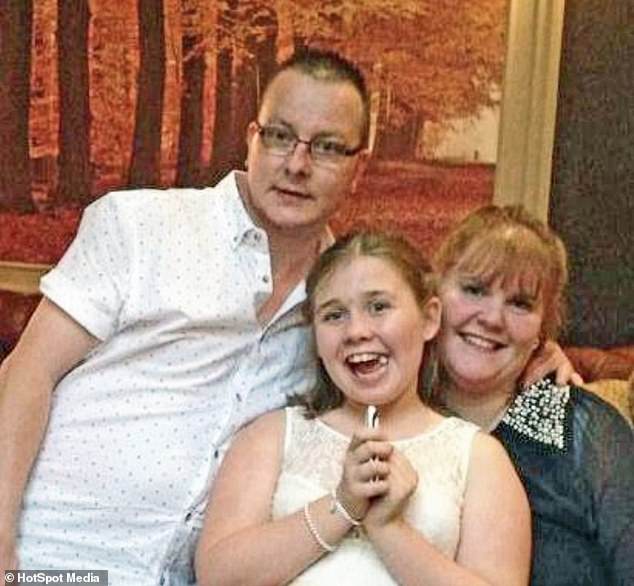 David confessed his feelings to Cheryl after Caitlin’s party and the cousins ended up kissing. Pictured: David and Cheryl with Caitlin

‘I told David he looked fantastic and he said it was so nice to see me.

‘After the party, David pulled me aside and told me he had feelings for me.

‘I was so excited, I admitted I fancied him too. We ended up kissing.

‘I knew we were cousins, but my feelings took over. It didn’t feel wrong, it felt right.’

But the next day, Cheryl began to worry.

She said: ‘David and I were related by blood, so I stressed that I’d get into trouble.

‘I quickly did some research online and discovered first-cousin marriages were legal in Britain. 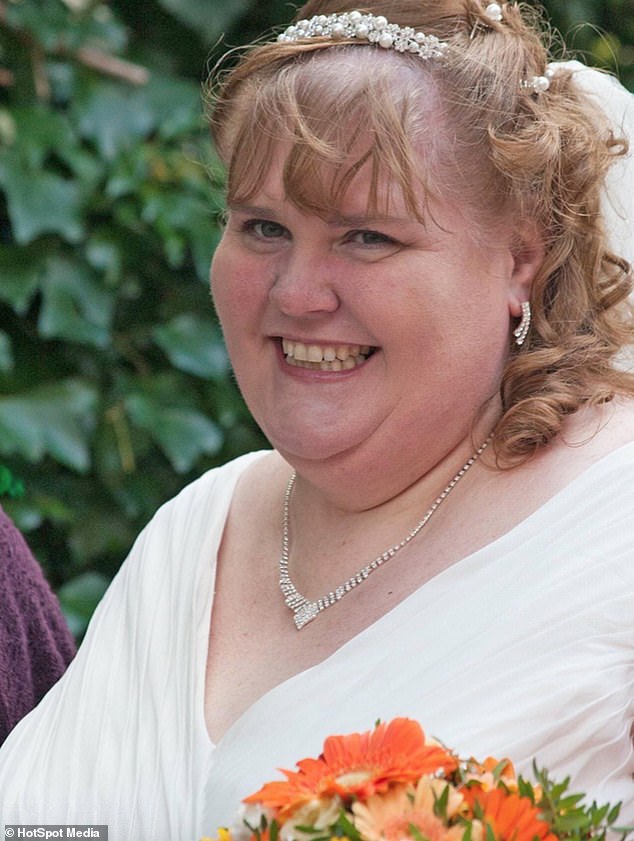 Cheryl (pictured) said her father was furious and her mother told her to ‘stop being ridiculous’, when she told them about dating David

‘It wasn’t classed as incest. I was so relieved. After that, David and I decided to give our relationship a go.’

At first, afraid of their family’s reaction, Cheryl and David kept their relationship a secret for two months before coming clean to her family.

Cheryl said: ‘As David no longer spoke to his family, he didn’t need to tell them.

‘So I confessed to mine. I told my parents that David and I had fallen in love.

‘My mum told me to stop being ridiculous, while my dad was furious and said we needed to break up because it was against the law. 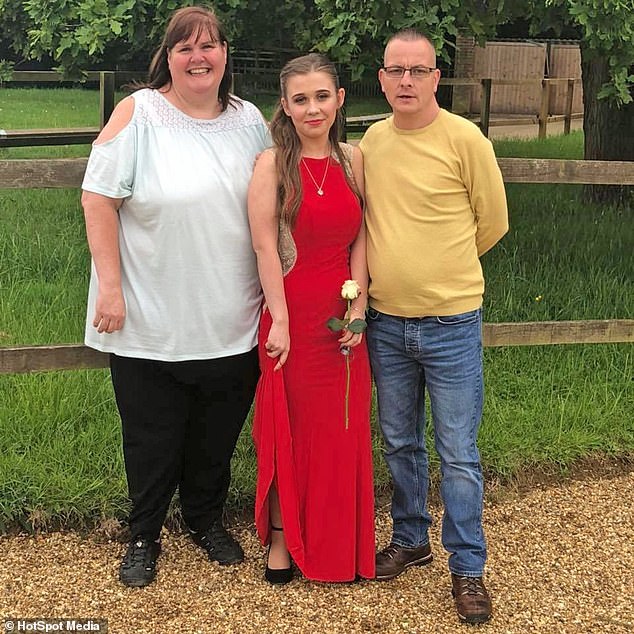 ‘I quickly showed him a website that confirmed first cousin relationships were legal.

‘Then, he calmed down. After that, they still weren’t happy, but I understood they needed time to get used to the idea.’

Cheryl said: ‘They called our relationship incestuous. Others said that we belonged on the Jeremy Kyle show. I was furious.

‘I said to David how could people say such gross things, we weren’t brother and sister. 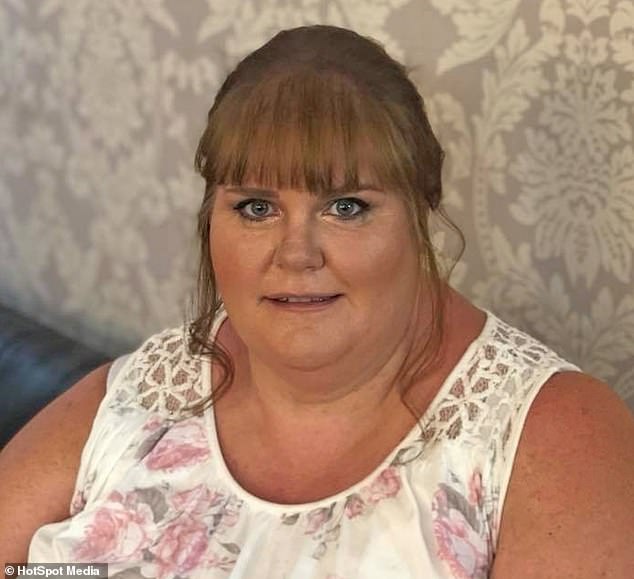 Cheryl (pictured) who has been married to David since 2016, said he is the ‘best’ husband that she could have asked for

‘Thankfully, when we told our friends about us, they were supportive. They were shocked at first, then it wasn’t mentioned again.’

Ignoring the haters, David proposed to Cheryl in December 2009.

Eventually, Cheryl and Caitlin relocated to Welwyn Garden City, Hertfordshire to move in with David.

In November 2016, the couple got married in front of their family and friends.

Cheryl said: ‘It was the happiest day of my life.

‘Now, David and I have been together for 11 years and married for four.

‘And we’ve brought up Caitlin and her biological sister, Sarah. He’s the best husband I could ask for.’