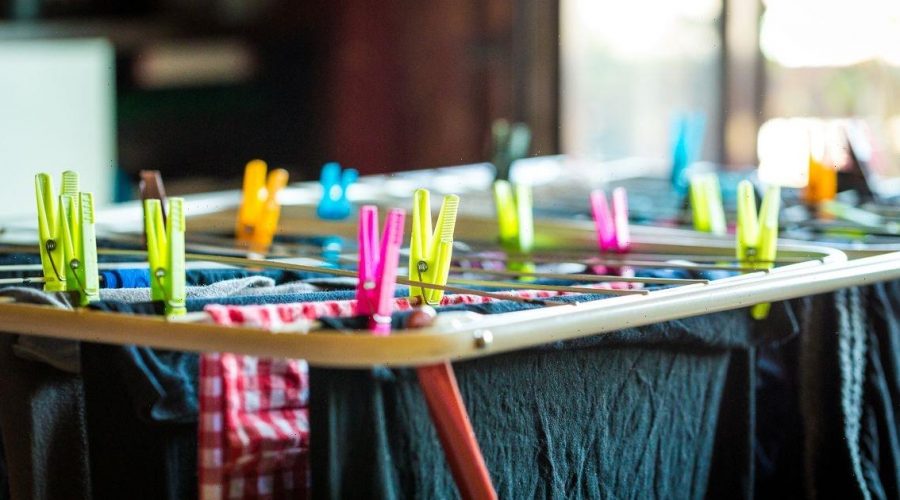 As temperatures plummet and it’s dark outside by 4pm, putting your clean washing on the line to dry isn’t really an option.

And with the cost of living crisis still looming over our heads, millions of Brits are ditching their tumble dryers and keeping the heating turned off in a bid to keep costs low.

So, a clothes airer or clotheshorse is the only option – but drying your clothes indoors can often leave them smelling “musty” or damp.

This is because your garments retain moisture for much longer drying this way.

But according to fans of cleaning icon Mrs Hinch, there is a simple and easy way to avoid this – especially if you also haven't been turning your heating on.

The cleaning fanatics say the game-changing and no-cost hack means you won't have to keep re-washing your items to rid them of that awful damp smell.

Posting on the Mrs Hinch Cleaning Tips page on Facebook, one person asked: "I've been reading some posts recently about how people dry their clothes in the winter because I also really struggle with this. When I put them on my airers, they end up with a terrible musty smell and I end up washing them again because of the bad smell.

"How do you stop the clothes from drying musty? I must be doing something wrong somewhere, thank you."

And according to The Mirror commenters flocked to the post to offer their advice to the woman, with many saying the easiest solution is to make sure clothes are spread out on the airer so that they have enough room to dry.

Overloading clothes airers makes it harder for air to circulate and dry your garments, and the longer they take to dry, the more likely they are to begin smelling musty.

Someone commented: "I usually rotate my washing halfway through drying and make sure it is well spread out, it'll dry quickly."

As another wrote: "Hang on an airer and spread out if possible, hang stuff on hangers in front of radiators or open the window when it is mild.

"Also put in an airing cupboard to finish off when the hot water is on. I've not had my heating on yet and not had anything smell musty or not dry."

While someone else said: "I didn’t even know putting too many clothes in the airer was causing a musty smell. I invested in scent boosters, and nice-smelling detergent and it did nothing.

"Do not bother with anything like that, just ensure windows are open for moisture to escape and your clothes will be dry in no time, with no damp smell at all."

Other commenters suggested giving laundry an extra spin in the washing machine, as while this does use energy, it uses less than a tumble dryer would, and can help to remove excess moisture to make drying faster.