Sweeping the competition away! Cleaning sensation Mrs Hinch is the biggest-selling author of the year so far after 91,000 copies of her new memoir were snapped up in a week

Cleaning sensation Mrs Hinch has headed straight to the top spot in UK official book charts, selling 91,389 copies of her new title on its first week on sale.

This is Me has become the biggest single-week seller of any title this year to date.

It comes after the Essex-based influencer’s first book, Hinch Yourself Happy, became the second fastest selling non-fiction book of all time.

Unlike her earlier books, which are self-help guides, the latest offering from the Essex-based 30-year-old is said to be a ‘heart-wrenching’ memoir. 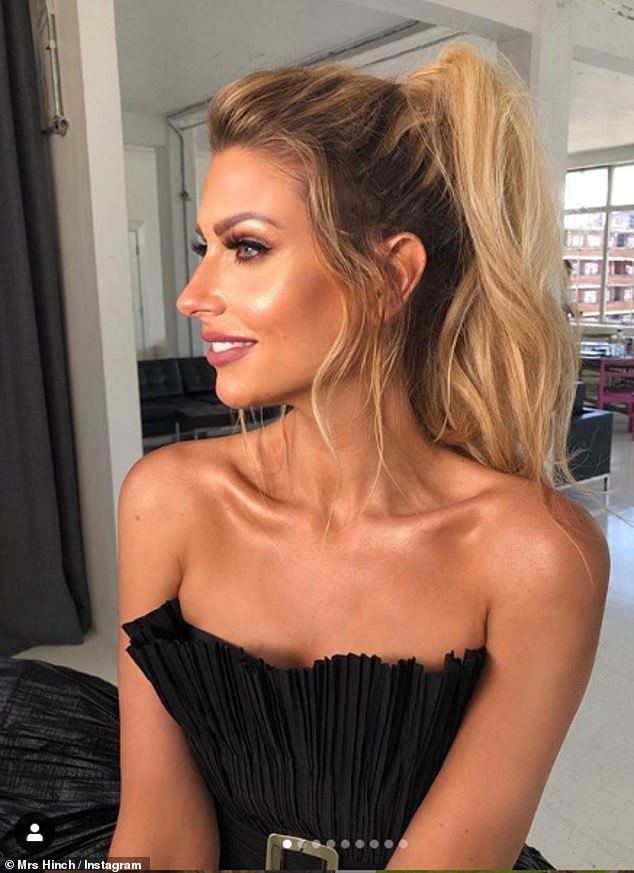 Cleaning sensation Mrs Hinch has swept her competition away by heading straight to the top spot in UK Official book charts. The Essex-based influencer, real name Sophie Hinchcliffe sold 91,389 copies of her new book This is Me, on it’s first week on sale

Earlier this year, the influencer whose real name is Sophie Hinchcliffe, saw her second book Mrs Hinch: Little Books of Lists also go straight to the top of the charts.

Also in the Basildon-born influencer’s roster is Mrs Hinch: The Activity Journal.

Her new memoir released on October 1, is said to be an ‘extraordinarily candid ‘ in which fans can discover the true story of the real Sophie Hinchliffe for the very first time.

Sophie started posting about her cleaning routines on social media after discovering that cleaning with a mop and bucket or cloths and disinfectant helped to calm her anxiety, and she now boasts 3.8 million followers.

Taking to her Instagram ahead of the release last week Sophie wrote: ‘My followers deserve a bit of what you’re asking for, which is me as Sophie and the life behind Mrs Hinch, so I’ve been working on my very own memoir to be able to put everything: the amazing highs but also the lows that have come with becoming Mrs Hinch.

‘I don’t address much on my stories purely because I don’t want to burden you with it, but it seems like now is the best time.’

She continued: ‘My very own memoir! Thank you Penguin for allowing me the opportunity to put everything into one place: the good, the bad, the amazingness and some of the dark lows which have come with this journey. But most of all I hope it answers everything that you have been asking me for… This is me!’

Unsurprisingly, the news of her upcoming memoir was met with much delight by fans. This included Stacey Solomon, who congratulated her close friend on her own Instagram Story by writing: ‘Finally the news is out! Congratulations bubs, it’s going to be amazing!’

Speaking recently to You Magazine about the new book, Sophie said: ‘This book isn’t about dust-busting, it’s myth-busting’.

Writing it, with the help of a ghostwriter, was, she says, ‘like therapy. It was so good to open up, even though it was difficult. Often my life seems like a dream that’s happening to someone else, so to tell the truth on my terms was amazing.’

The book is also top of the Amazon charts, beating out The Boy, The Mole, The Fox and The Horse,  Richard Osman’s Thursday Murder Club and Jamie Oliver’s 7 Ways: Easy Ideas for Every Day of the Week.