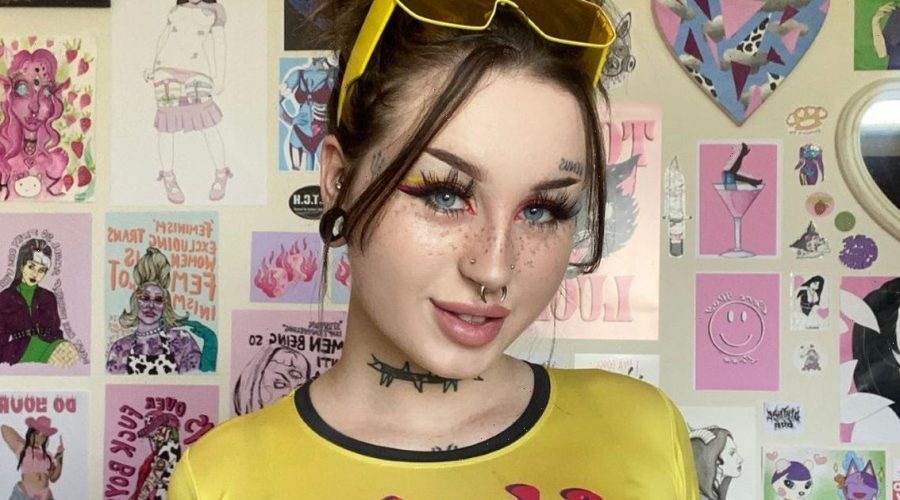 Mum Charlie Hayes has slammed people who slut-shame her and say her son will be bullied because she "dresses like a prostitute".

The 21-year-old hit back at the trolls, saying that "you don't have to dress conventionally to be a great parent".

The social media influencer says she often attracts "disapproving stares" from other mums on the nursery run and nasty comments from former pals and online trolls who tell her to "dress like a mum".

However, defiant mum-of-one says her three-year-old son Jasper Hayes, isn't fazed by her eclectic outfits and loves her colourful hair and make-up.

Charlie, from Canterbury, Kent, said: "Negative comments mostly come from people online calling me a 'freak' or an 'emo' and saying 'dress like a mum, you're going to embarrass your son'."

She continued: "I've had a lot of slut-shaming comments and someone even said my son will be bullied because I 'dress like a prostitute'.

"I also get some stares of disapproval from other mums on the nursery run but it doesn't faze me anymore – it would be a waste of time to dwell on it.

"I'm a good mum so I'm walking proof that you don't have to wear certain types of clothes to be a good parent."

Alternative fashion fan Charlie says she has a great relationship with her son, despite being labelled a 'bad parent' for how she dresses.

Instead being embarrassed by his mum's style, little Jasper is always curious about her colourful looks and praises her makeup as being "pretty".

Charlie added: "My style has a lot of underground, alternative influences and it's become an art form for me.

"I'll wear absolutely anything like dresses, skirts, and bright colours but the thing I always wear is a big pair of platforms.

"People who draw that line between clothes and motherhood come from traditional values but it's 2021 and those old-school expectations are outdated now.

"Some older mums might not take me seriously but I carry myself well and you can see that my son's happy so I don't understand why it matters."

She continued: "Me and Jasper are really close, we're like best friends. He's totally unfazed by my style and doesn't even seem to notice that I stick out because it's all he knows.

Charlie grew up in a small town where she says her 'alternative' outfits were frowned upon and it wasn't until she had her son at 18 and moved to a different area that she was able to fully express her style.

Her parents, who were originally convinced it was 'just a phase', are now very supportive and proud of their confident daughter who sends them photos of her looks most days.

Since moving to a student area, the self-professed shopping addict has started to receive even more positive reactions to her bold outfits.

She says this has helped fuel her fashion 'rebellion' against those who tell her to tone it down.

Charlie commented: "I started dressing 'alternative' from the age of 11. My parents were quite reluctant at first and thought it was just a phase.

"They live in quite a small town so I didn't used to be confident enough to wear anything too different and when I go back there now I get quite a lot of stares and tuts from old ladies.

"I've embraced my style more since moving and I'm a lot happier because of it.

"I live in a student area now so most of the time I get quite a positive reaction from people in the street.

"People sometimes ask to take pictures of my outfit or ask where I've got something from.

"My boyfriend Sam loves it as well although he does keep asking me to sell some shoes because they're taking over the house.

"My style has always been a bit of a rebellion so the negative comments just make me dress weirder."

Charlie now hopes to encourage other mums to embrace their own style and not worry what other people think of them.

She said: "You can be the most perfect mum in the world and dress like the classic well-respected lady and people will still criticise you so what's the point of not doing what you want? It doesn't change anything except making you unhappy."