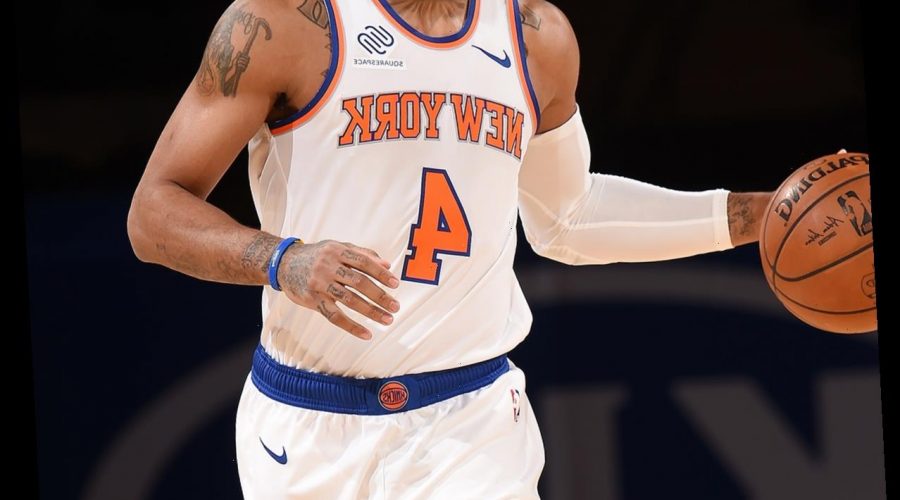 Derrick Rose has rejoined the New York Knicks but is still dealing with the lasting effects of battling COVID-19.

The NBA player — who is back practicing with the team after last playing a game on Feb. 28 — told reporters that he and his family had coronavirus, noting that he was particularly hard hit by the illness.

"They say everybody is different, but with me I never felt anything like that before," Rose, 32, said, according to the Associated Press. "I've had the flu. It was nothing like the flu."

The point guard added that "[COVID] was that times 10. So like I said, I'm slowly getting back. I'm progressing every day and just trying to get back in the swing of things."

Rose has missed eight games while out because of the NBA's health and safety protocols, the AP reported. He said during his time in quarantine he was too sick to work out, so he's playing catchup now.

"Getting back and playing in rhythm and trying to get myself back to where I was is going to take some time," Rose told reporters, "but every day I'm getting the most out of all my days so that's all I can do."

Earlier this month, NBA players spoke to ESPN about how COVID has impacted their lives and some shared what it was like when they had the virus.

Jrue Holiday told the outlet, "With the symptoms, [coronavirus] was kind of miserable, just the body aches and chills. That's not ever fun, but I guess I just really tried to keep my mind occupied."

Though Holiday, 30, had to spend two weeks quarantined, he tried to see the positive in his time away from the Milwaukee Bucks.

"This is gonna sound weird, but I think it was a good thing," Holiday said. "I feel like it gives a chance for other people to step up. And that kind of shows the type of team we have."

23/03/2021 Lifestyle Comments Off on NBA's Derrick Rose Says He 'Never Felt Anything Like' COVID-19: 'I'm Slowly Getting Back'
Lifestyle