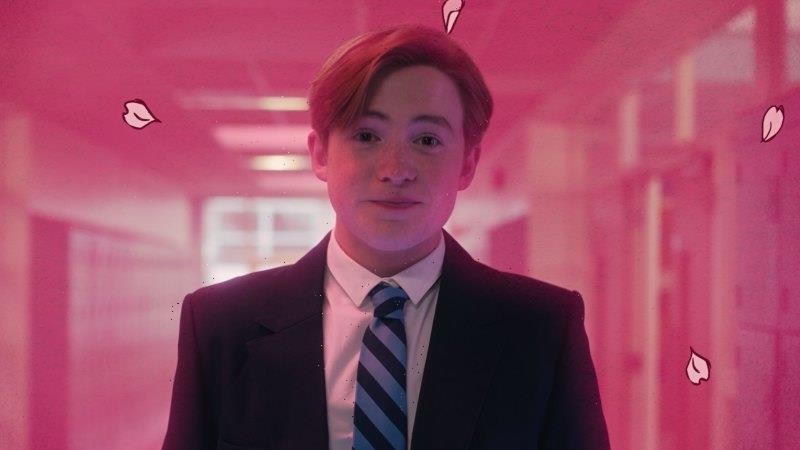 If everything you knew about teenagers and high school came from TV, you’d be forgiven for assuming that all kids are fashion-conscious glamour behemoths who spend their days dealing with serious issues like drug dependency, blackmail and depression.

You only need to watch Euphoria or even the rebooted Gossip Girl to realise that there’s something odd and inherently unrealistic (but entertaining, so who cares) about the way the adults writing these shows have traditionally depicted high-school teens. Some shows, like comedy Derry Girls and comedy-drama Sex Education have provided a more reality-based alternative to this, but Netflix’s new coming-of-age romance Heartstopper provides a different option yet again. 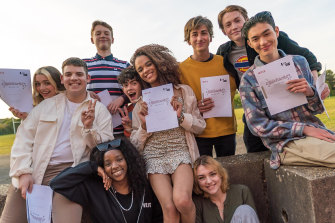 Heartstopper on Netflix: The TV equivalent of a warm hug. Credit:Netflix

Heartstopper is a show that captures the feeling of young love, and reflects those unique experiences of high school crushes, first loves, and finding out who you are.

Based on the graphic novel of the same name by Alice Oseman, Heartstopper follows the burgeoning love story between two British schoolboys, Charlie Spring (Joe Locke) and Nick Nelson (Kit Connor). There are other ancillary romances and storylines centred around their broader friendship group – plus a fantastic turn by Oscar-winning British actress Olivia Colman who appears as Nick’s supportive mum.

It’s determinedly a romance: a warm, bubbly escape from the troubles of the rest of the world. It takes place across schoolyards, teen bedrooms, malls and arcades. It’s unconscionably sweet – soundtracked by cool, yearning-pop hits, and illustrated with little pops of graphics to help capture the emotion of a moment. Cartoon sparks fly when hands touch, heart emojis pop around their heads.

It might sound saccharine, but the skill with which Heartstopper captures these very earnest emotions seems to be able to melt even the coldest and most cynical of hearts. A lot of this also comes down to the very heartfelt performances of the two leads, who are also perfect casting – all rosy cheeks and cute British boys saying “hi” to each other breathlessly, hair dangling in their eyes.

The main tension in the show comes from the leads grappling with their identity and sexuality: Charlie being out and gay already, Nick only discovering his sexuality through his attraction and friendship to Charlie. But even then, homophobia and transphobia only really looms in the background, manifested mostly as immature taunting by some classmates.

There is bullying, but it’s a far cry from the kind of gay romance tragedies that I was brought up on. Queerness in this show is a celebration, not a cause for trauma – even if it is still depicted as a moment of change, as something to come to terms with. I think part of the show’s immense popularity with its LGBTQIA+ audience comes from both understanding its depiction of queerness, and the emotions and experiences that come along with it, but also the safety of the show. Nothing truly bad happens, it’s the equivalent of a warm hug. There is a lot of joy in finding yourself, and finding other people like you.

Heartstopper looks set to be one of Netflix’s newest hits. It’s certainly popular on Instagram and TikTok, and not only with young, queer kids. The reasons for this go beyond nostalgia. Sure, good coming-of-age romances are definitely tapping into nostalgia – there is something evocative and heartwarming about remembering those times, about the joys and fears of first crushes, first kisses, about finding out who you are through seeing yourself perceived by other people.

But Heartstopper does more. It captures that almost indefinable magic of what it’s like to fall in love – at any age – and does this without cynicism, without baggage, without the jaded eye of adulthood, and I think it’s always a treat to be reminded of that feeling.