NEW Year may be SAVED with restrictions "less likely" as Omicron sufferers are up to 70 per cent less likely to need hospital care.

A package of Covid restrictions being introduced straight after Christmas "doesn't look as likely as it was" according to Government sources. 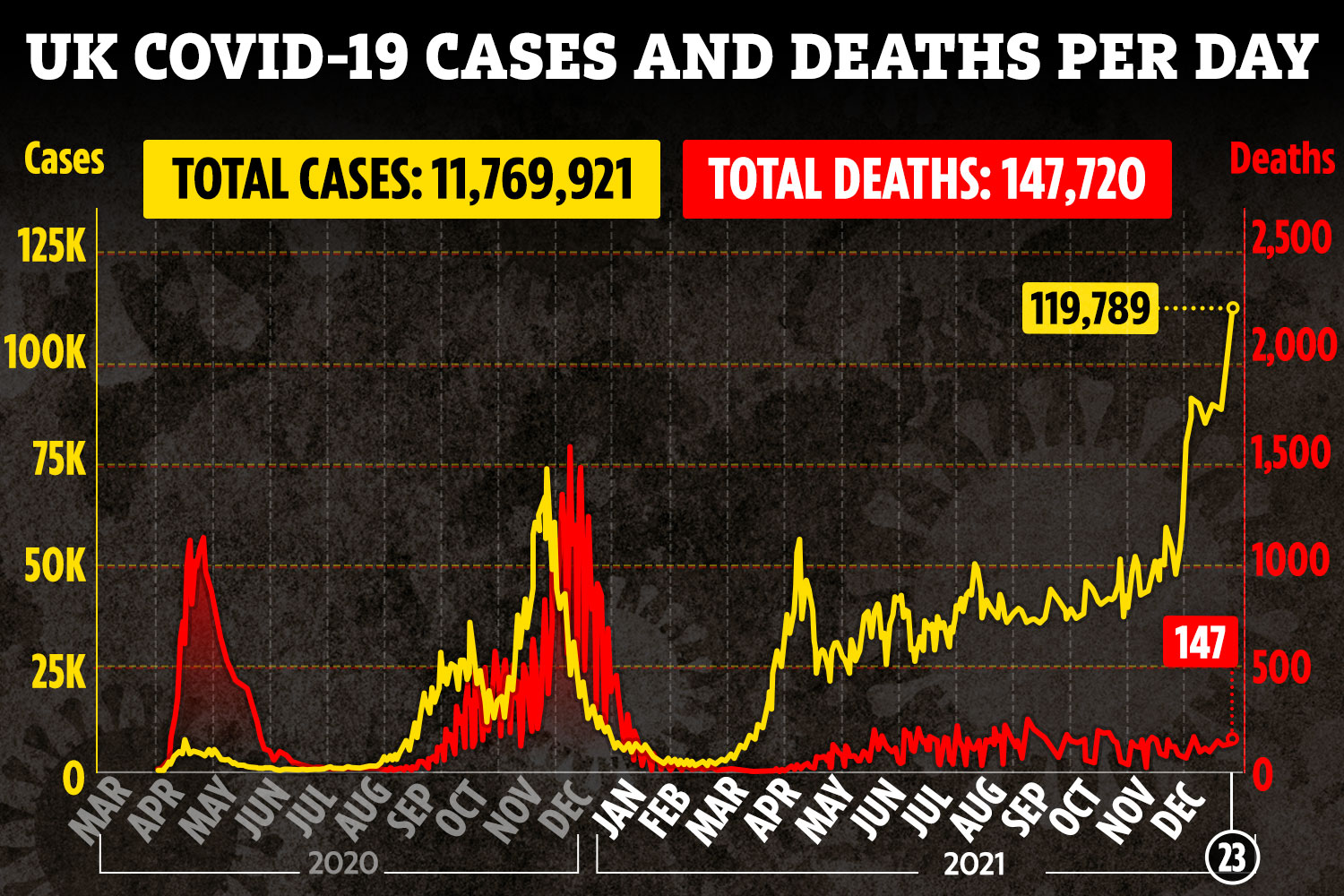 But Boris Johnson and No10 are keeping their options open – and they have said they can recall Parliament next week to bring in measures if needed.

A string of hugely positive studies show Omicron IS milder than other strains, with the first official UK report revealing the risk of hospitalisation is 50 to 70 per cent lower than with Delta.

Sources said that the "working assumption" among key Whitehall figures was that Boris would stop short of ordering new restrictions straight after December 25.

And another insider told the Telegraph that a package of restrictions "doesn't look as likely as it was" after studies showed Omicron as less severe than once thought.

It comes after Health Secretary Sajid Javid hailed the encouraging news and told families to enjoy their Christmas safe from the threat of tougher restrictions for now.

Downing Street believes there is room for cautious optimism as millions cut down contacts so they can be with loved ones at Christmas.

A Government source said: “There isn’t anything currently to justify more restrictions but we are keeping it under constant review.

“It’s better to wait for the data and be sure of the need to be tougher, rather than act early and out of proportion.”

Meanwhile, new data suggesting Omicron may be less likely to lead to serious illness than the Delta variant offers a "glimmer of Christmas hope", a senior health official has said.

Dr Jenny Harries said: "There is a glimmer of Christmas hope in the findings that we published yesterday, but it definitely isn't yet at the point where we could downgrade that serious threat."

The past seven days have seen nearly a quarter of a million more cases than the week before. But the latest studies showed the risk of hospital admission with the new variant was 50 to 70 per cent lower than with Delta.

The UK Health Security Agency figures confirmed reports from Imperial College London and Edinburgh University that the strain was milder. One health official said: “Given that South Africa, Denmark, Scotland and England are all reporting similar findings heads us in one direction.”

Scientists and ministers said they were still waiting for data of how the new variant could affect the over-40s — and stood ready to take more action within days if required.

Sources say the virus behaves differently to Delta and infects cells in other parts of the airways, which could be what makes it less deadly. But they warned the sheer number of cases could still lead to a big wave of hospital admissions

The UKHSA study found that boosters were vital for preventing infection with Omicron — but warned the protection started to wear off after about ten weeks.

Professor Andrew Hayward, a Sage member and virologist at University College London, said of the Omicron findings: “It’s undeniably good news but we’re definitely not out of the danger zone.

🔵 Read our Covid live blog for the very latest updates

“I think perhaps we can downgrade this from a hurricane to a very severe storm.” He also suggested any curbs would not be needed for nearly as long as before, as the Omicron wave showed signs of peaking quickly in South Africa.

Despite Scotland, Wales and Northern Ireland’s tougher rules from Boxing Day, The Sun understands no decisions on England will be taken until at least next week.

“If the Government takes their advice, they will have to play it safe and announce tough restrictions.”

Former Tory leader Iain Duncan Smith added: “All of the data is going in the right direction. The Government has made the right decisions, despite attempts to be bullied.” 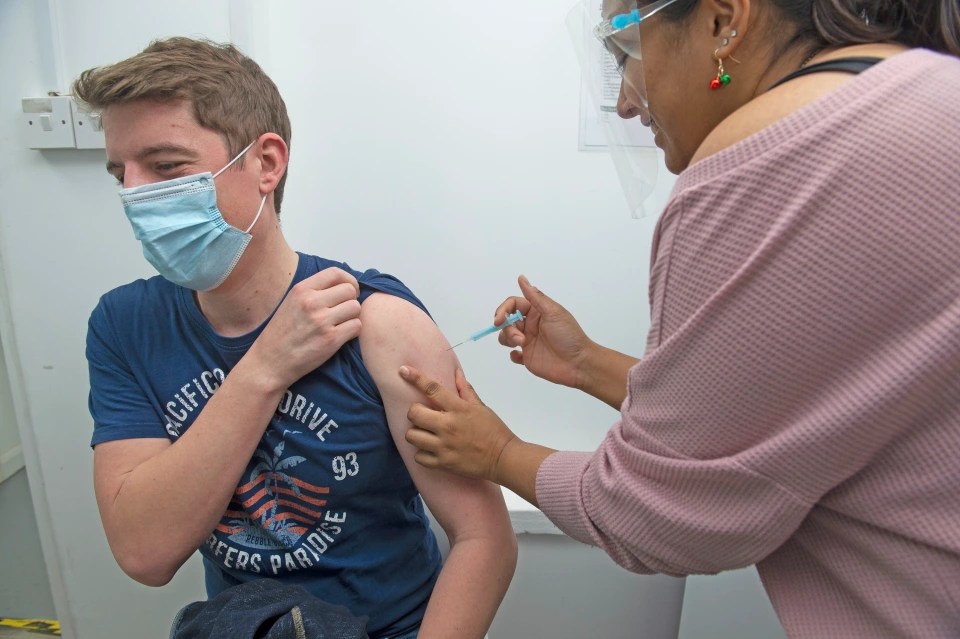 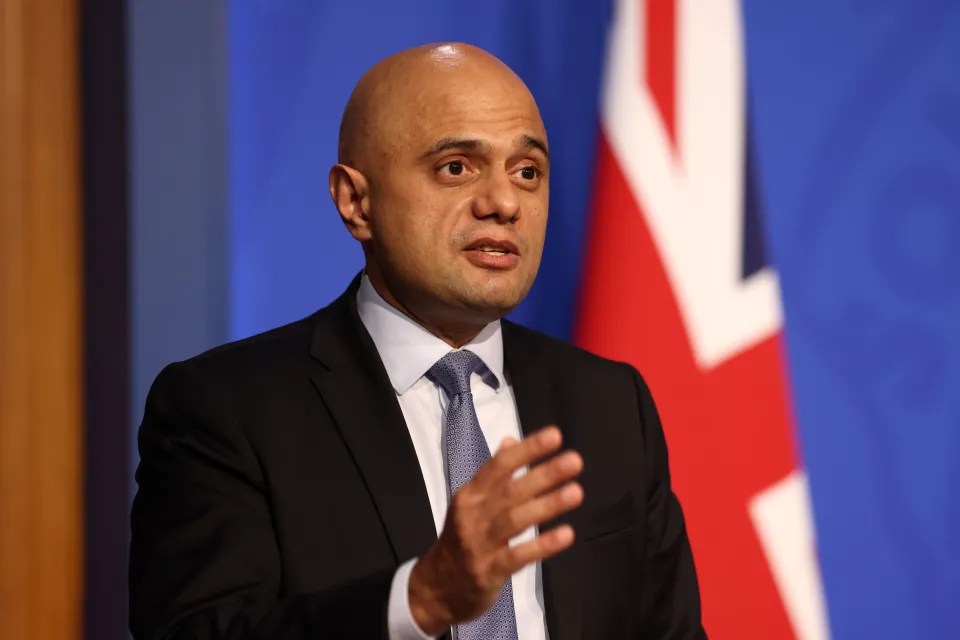 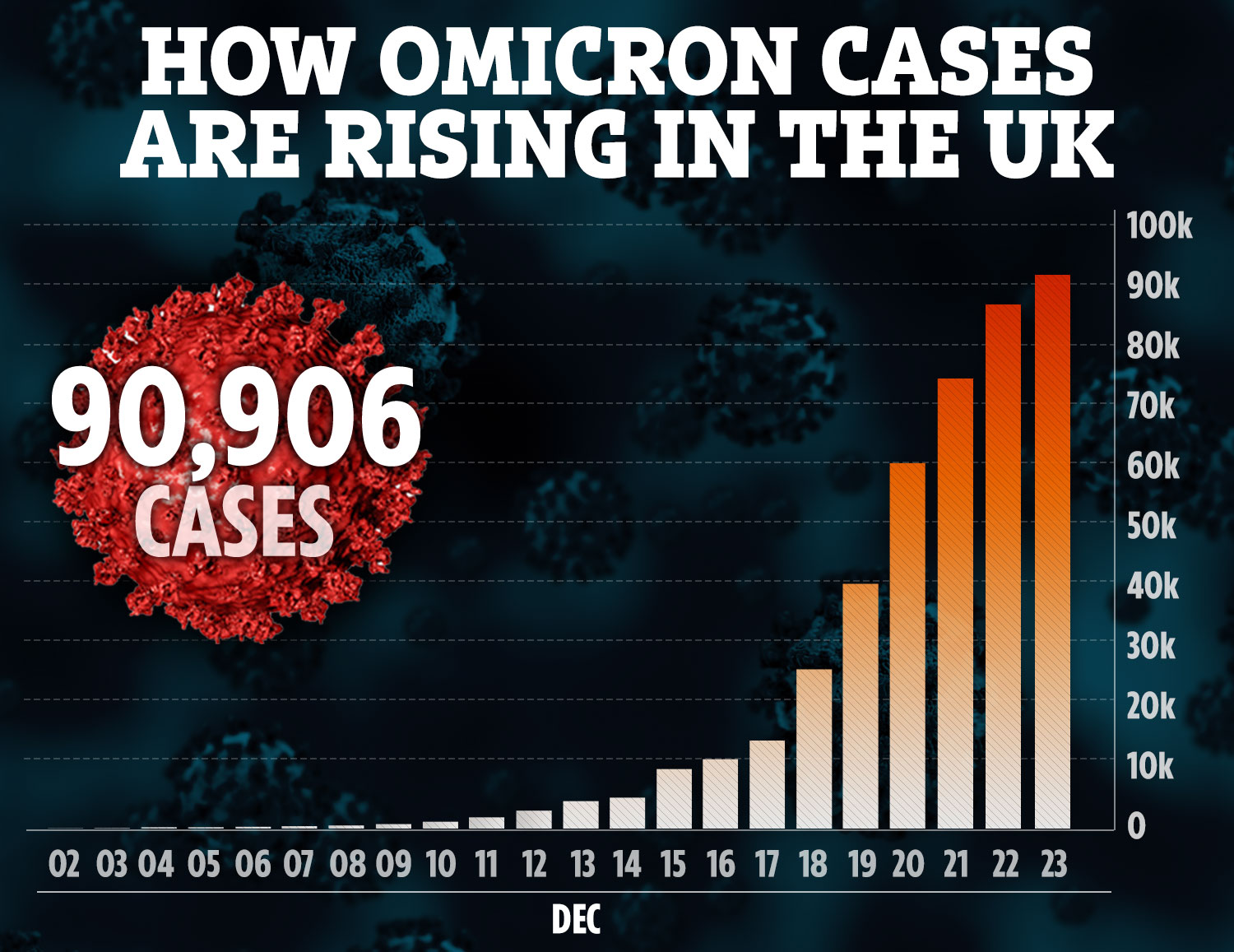