Nine new cases of COVID-19 have been linked to the set of Network 10’s hit reality show The Masked Singer, bringing the total number of confirmed infections from the outbreak to 16.

The program was shooting its season finale on Saturday when a person who had worked in the studio tested positive to the virus, forcing more than 250 cast and crew into self-isolation. By Saturday evening, six cases had been linked to The Masked Singer’s set in Victoria’s Docklands Studios complex. 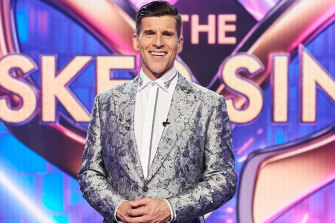 On Tuesday, Network 10 confirmed that a further nine members of the production team had tested positive.

Almost 300 people connected to the program have now been tested, with all but 10 having received their results. Host Osher Gunsberg and judges Dannii Minogue, Urzila Carlson, Jackie O and Dave Hughes have all tested negative.

As a precaution, all cast and crew who have recently worked on set will complete a 14-day self-isolation – including those who have already tested negative.

“All members of The Masked Singer production will undergo a 14-day period of self-quarantine as advised by the Department of Health and Human Services and all production crew will be adhering to this instruction,” a Network 10 spokeswoman said. 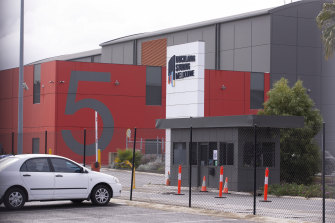 “The health and safety of the community and our staff and production partners remains our number one priority. Network 10 is providing all crew with all the support and assistance possible.”

The two-week quarantine ends at midnight on Saturday, September 5.

The current season of The Masked Singer is scheduled to conclude in mid-September and producers still expect to finish filming the finale before then.

“We have no idea at this stage what the finale will actually look like," said a crew member who asked not to be named because they were not authorised to comment publicly. "We might have to ask some people [in self-isolation] to film themselves inside their homes or hotel rooms, or it could be something else entirely.

"It’ll take a while to figure out the details but we’re a creative bunch and I’m sure we’ll find a solution."

Under current regulations, TV programs that were in production before August 6 in Victoria were allowed to continue filming as long as they adhered to strict new safety requirements. This allowed The Masked Singer to maintain production, albeit without a studio audience.

“We would like to thank the Victorian Government and the Victorian Department of Health and Human Services for their continued support and assistance during this time,” Network 10’s spokeswoman said.

“We continue to work closely with the Victorian Department of Health and Human Services.”

Gunsberg, who also hosts 10’s Bachelor franchise, is expected to resume filming a forthcoming season of The Bachelorette in NSW following his self-isolation and the fulfilment of all necessary medical tests. Hughes and Jackie O have continued co-hosting their respective radio programs in isolation.

The Masked Singer’s studio is now undergoing a deep clean.

The outbreak has also delayed filming of Nine’s Millionaire Hot Seat, which shares some facilities with The Masked Singer but records in a different Docklands Studios sound stage. (Nine is the owner of this masthead.)

A Docklands Studios spokeswoman confirmed that no other productions were scheduled to film in the complex during the current stage 4 restrictions.

Sources claimed The Masked Singer was compliant with a COVID-19 safety plan developed in consultation with the state and federal government. This plan included daily temperature checks and written health declarations upon arrival and departure from the studio, mandatory face masks disposed of in special bins, strict hygiene protocols, a special safety induction for all staff, and a dedicated COVID-19 manager.

“[The outbreak] does make the point that this is a widely infectious virus,” Premier Daniel Andrews said on Sunday. “Even if you’ve got the very best processes in place you’ll see positive cases.”