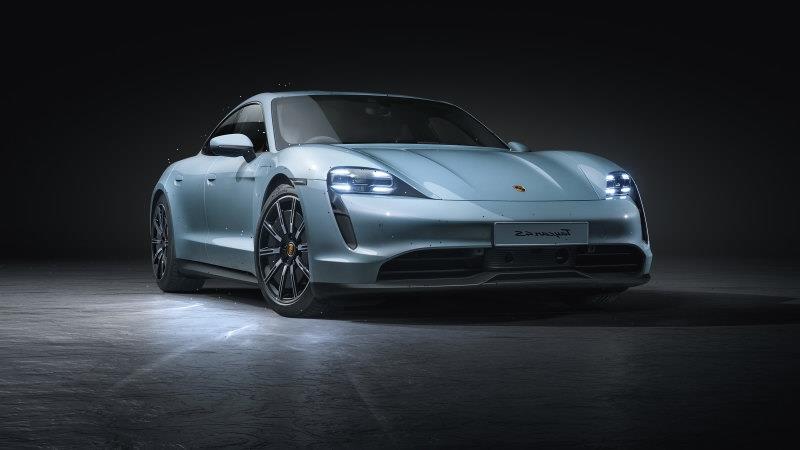 The deepest recession since Rolls-Royce gave the world the Phantom III has not stopped Australian luxury car enthusiasts from lashing out on high-end vehicles in near-record levels.

A combination of cheap money, closed borders and the release of some highly sought after cars resulted in the sale of almost 8900 luxury vehicles in March, the best result for the month since 2018. 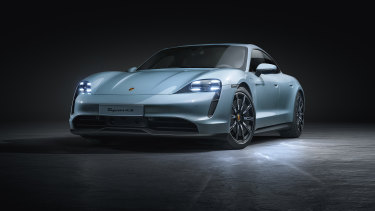 Luxury cars, led by Porsche and its new Taycan, now account for a record share of all passenger and SUV sales in Australia.Credit:Porsche

Since the advent of the pandemic recession, general car sales – new and used – have increased strongly. New sales are up by 20 per cent over the past 12 months while used car prices climbed almost 40 per cent through the last 8 months of 2020.

But the luxury car market has done even better.

Through the first three months of this year, 23,103 high-end vehicles were bought by Australians. It was a near 13 per cent improvement on the same period last year and the first time luxury car sales increased in the first quarter of a year since 2016.

According to CommSec chief equities economist Craig James, luxury cars accounted for 12.6 per cent of all passenger car and SUVs sold during the month, the highest proportion on record.

He said with international borders closed, Australians looking for a new set of wheels have turned their attention to the top end of the market.

“Aussie consumers continue to treat themselves. Except for New Zealand, the foreign borders are still closed, and that means that consumers are prepared to spend more on cars, domestic travel and other retail purchases in the current environment,” he said.

CommSec tracks the sale of 17 luxury marques, from Aston Martin and BMW to Maserati and Maybach.

In March, there were 574 Porsches told, the second-highest monthly result on record.

Many dealerships were affected by the economy-wide shutdowns of March last year. But compared to March 2019, many high-end car companies enjoyed strong demand in 2021. Sales of Audi (up 23 per cent this year on March 2019), BMW (up 19 per cent) and Lexus (17 per cent) have also improved.

Porsche Cars Australia head of public relations, Chris Jordan, said the pandemic had hit the car market, which forced many prospective buyers to hold back.

“COVID hit and everyone took a deep breath,” he said.

“Outside of Victoria we started to see things recovering reasonably well and then Victoria started to kick back in.”

But that has changed in recent months with pent-up demand now being satisfied by customers lining up for a Porsche.

A key factor has been the new electric Taycan series. During March, 161 of the vehicles were delivered to Australian customers. About half the buyers of the Taycan were existing Porsche owners while the rest were new to the marque.

Mr Jordan said with other ways to spend money curtailed, such as international holidays, many people were looking at investing in an upmarket vehicle.

“People who might have gone on holidays have put those savings towards a new car. Some of them might even buy a new car as part of a local holiday,” he said.