On Thursday, Jim Chalmers rectified a mistake the government had made two months earlier.

The ABC’s Virginia Trioli voiced a question from a listener: wasn’t the hard work of fighting inflation being left to those on low and middle incomes?

Chalmers said the government was mindful of the impact of inflation on vulnerable people. He pointed to the minimum wage increase. He also mentioned rising payments and pensions, which he explained were a consequence of indexation, tied to inflation. Then he went a step further, his language slightly defensive. “That’s a good thing. I’m not claiming credit for it, I’m just saying that it is a part of what tries to cushion the blow in budgets when inflation is high…” 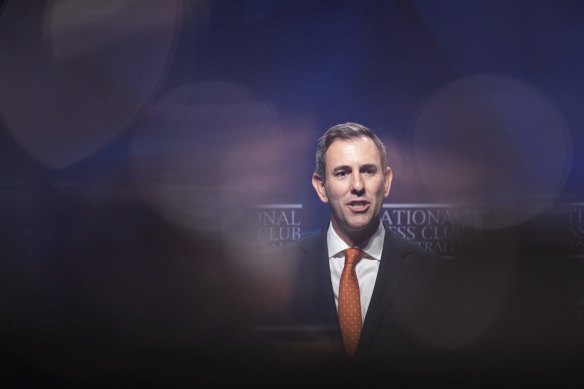 This was honest, but it was also an interesting shift because claiming credit for it was exactly what his colleagues in government had done back at the beginning of September, when the latest pension rise was announced. They did this even though, as some pointed out at the time, the indexation was automatic, and would have happened under a Liberal government too. This was a significant admission by Chalmers because as columnist Rachel Withers pointed out in September, those who had seemed to take credit were not junior: they included the prime minister and the responsible minister.

Perhaps Chalmers was simply trying to be direct. But it was also true that by October, the many arguments that must be made around a budget had complicated things. Even if he had wanted to take credit, he would have been hamstrung by something he had said two days before the budget, when he had used the huge price of those extra payments – $33 billion – to explain that while inflation had delivered a huge bottom-line windfall, it had also cost a heap. Having blamed inflation for the cost of the payments, he had to stick to his story when talking about the payments themselves.

All of this will soon be forgotten, but together these facts – the government’s initial desire to take credit for the higher payments, and the fact those higher payments are still central to its talking points (even though it has now decided it shouldn’t take credit for them) – point to the underlying point here: when the government is asked about the impact of inflation on those who can least afford it, it has no good answer. Not that it has needed one: in the past week, it has sometimes been asked about this, but rarely pressed. In our national economic debate, the millions of Australians who live in poverty remain all but invisible. 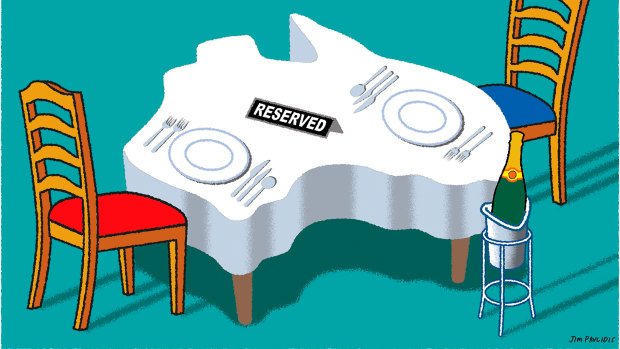 Chalmers, with his insistence on not taking credit, may also have been treading carefully, keen not to leave his critics any room, after he had made a widely reported mistake the day before. Having been asked whether the government stood by its promise to cut power bills by $275 by 2025, he said it was in the budget. An hour later he admitted he was wrong; he had “misheard the question”. That election promise is, in hindsight, both curious and instructive. When politicians talk about prices, they tend to use careful language. A promise like this one, to reduce power bills by $275, would normally be phrased something like this: “Under our policy, bills will be $275 lower than they would otherwise be.”

This is difficult to hold them to because who knows what those bills would otherwise have been? But Labor, relying on experts, chose to be specific and definitive. Its Powering Australia plan, still available online, pledged to “cut power bills for families and businesses by $275 a year for homes by 2025, compared to today”. The fact Labor was willing to be so exact points to just how terrified the party was about a scare campaign on climate costs. It probably didn’t expect the $275 claim to win many votes; it was about prevention. By being specific, Labor was hoping to leave not a sliver of ambiguity in its wording, one that Scott Morrison might be able to prise apart so that he might pour into the gap his own version of Labor’s plans. It was an important part of Albanese’s “small target” strategy.

We have heard a lot recently about that strategy and the ways it is now coming back to bite the government. And so, it is useful to consider some of the different policies that usually fall under that heading. Here are three of the most prominent: Labor’s policies would lower power bills by $275, rather than raise them; it would not touch the stage 3 tax cuts; and it would not immediately review the unemployment payment – JobSeeker – which currently keeps people living below the poverty line.

What is interesting here is not just Labor’s cautious approach, but what the definition of “small target” says about public debate in this country. What, in the opinion of the political classes, is the safest course open to politicians? How can they best ward off attacks? By making sure their policies won’t cost anyone a cent, by making sure rich people get to keep their money, and by making sure poor people don’t get more money. That is how you avoid controversy in Australia.

And this in turn tells us a lot about who is at the centre of Australian political debate – and who isn’t. On budget night, I watched the ABC’s Sarah Ferguson ask Stan Grant who had been left behind – given Labor had promised nobody would be. In an answer which foreshadowed his column, he was brutally clear that it was the poor and the indebted. What struck me was not so much the fact that he was right – though he is – but how rarely you hear the poor put front and centre of discussions of big political events like the budget, and not just as one strand of commentary in the days afterwards (like this column) but as a first response, in their immediate aftermath. It is not that the poor are never mentioned; instead they are, quite literally, an afterthought.

In a short space of time, the government has begun several important conversations with the public. Chalmers has been clear that one of these is about breaking the national expectation of government payments. There are many divides in Australia, but the fact he has to do this points to one of the greatest. In one of the richest countries on earth, millions and millions of people feel like they’ve been left behind. They have no trouble getting that viewpoint put for them by the national media. And then you have those who have really been left behind.