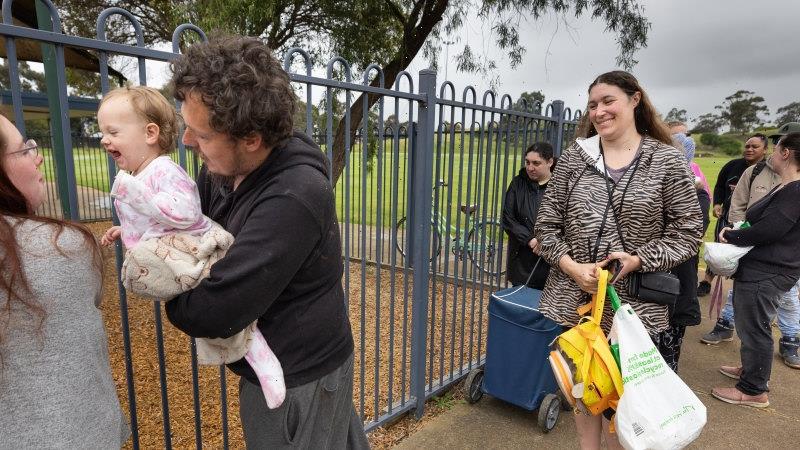 Away from the theatrics of the campaign trail, the most pressing issue for Victorians this election — the cost of living — is on stark display at lines at food relief centres across Melbourne. 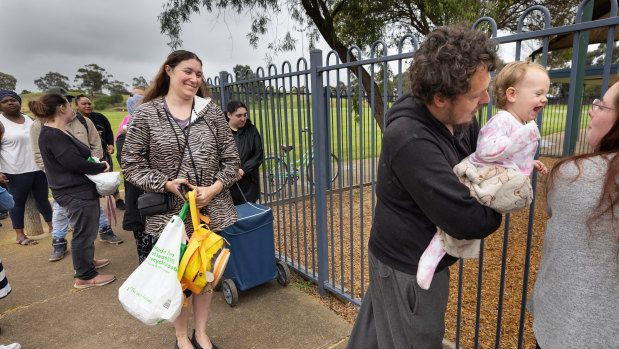 Cost-of-living pressure has been named as one of the most important issues at this election in The Age’s Citizens Agenda. And polling completed by RedBridge last week showed cost of living ranked the highest concern among voters, well ahead of health, climate change or state debt.

A 72-year-old woman on an aged pension waiting in line outside ADRA Community Care food bank in Melton doesn’t want her name published, but she does want to tell her story.

“I’m here because I can’t afford for my …,” she says, pointing to her missing upper teeth. About half are gone.

The woman estimates it will take her about a year to save up to $3000 for dentures, saving small amounts of money each week by getting assistance at the food bank.

Nearby, Mary Ameko, 31, is waiting patiently with two-year-old Zemirah on her hip. She has six other children, including six-week-old twins. Her husband works to support the family but Ameko says “one income doesn’t stretch very far”.

“Everything’s going up,” she says. 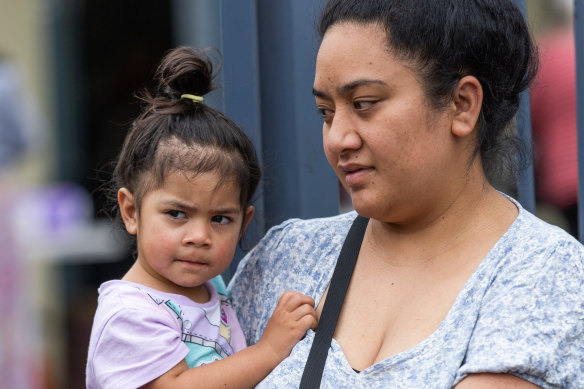 Some suburbs in the electorate of Melton, which has been held by Labor by 30 years, are some of the most disadvantaged in the country.

In the state seat of Richmond, held by Labor’s Richard Wynne and under a concerted challenge from the Greens, St Mary’s House of Welcome is busy handing out meals. Richmond has the highest median weekly income levels in the state, but there are pockets of deep deprivation.

Visiting alongside Greens candidate Gabrielle De Vietri is Greens senator Janet Rice, who is chairing a Senate inquiry into poverty and cost-of-living pressures in Australia. She says the committee had heard of people developing scurvy from malnutrition.

Scurvy, a disease resulting from a lack of vitamin C and a diet lacking in fresh fruit and vegetables, causes muscle weakness and fatigue. Without treatment, it can lead to gum disease and bleeding from the skin.

“People are starving, basically, there are people who can’t afford to put food on the table, people who have been diagnosed with malnutrition, with scurvy because they’re not eating,” Rice says.

“The stats are really sobering – half of the households with kids in them are living with food insecurity. And that means in families with kids you’ve often got parents that will be putting food on the table for their kids, but they’re not eating themselves,” Rice says.

This year’s Foodbank Hunger Report found that in the 12 months to July, more than 2 million Australian households – just over 20 per cent – experienced “severe food insecurity”.

This meant people within those households ran out of food and “at worst, went entire days without eating”.

The majority of people FoodBank surveyed (64 per cent), nominated the increased cost of living as the reason they were going hungry.

Victorian Labor’s big pitch on cost of living is its $5.3 billion Big Housing Build, delivering 16,000 new social and affordable homes across the state by 2026 and at least 2400 homes available to low-to-moderate income earners across the state. It is also promising to extend the $250 power saver bonus and cut V-Line fares to match metropolitan ticket prices. 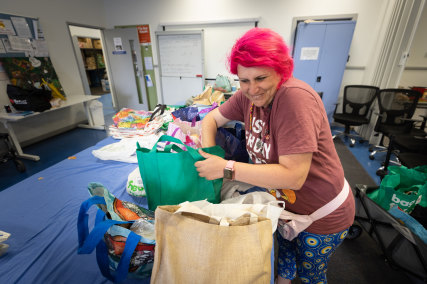 “Now it’s just everybody,” she says. “I have had more people who describe themselves as the working poor.”

“[People] are stressed about medical bills that they aren’t able to pay, rent increases and the cost of food in the supermarket … [and] a lot of GPs around here are not bulk billing anymore.”

Back in Richmond, St Mary’s House of Welcome provides 75,000 meals a year for about $25,000, with 96 per cent of its food ingredients rescued from food waste. It is now providing support to people from as far away as Deer Park and Doncaster.

De Vietri and Rice are backing the sector’s call for the funding, plus another $10 million to address the need for increased food relief following weather events, natural disasters and other crises.

“We run on the smell of an oily rag,” says St Mary’s chief executive Robina Bradley. “But if we had the funding, we could do so, so much more.

“We give as much as we’ve got, but there is a whole mountain of need out there.”