The Victorian opposition wants a Fitzgerald-style special prosecutor to investigate current and former police who may have helped barrister-turned-supergrass Nicola Gobbo pervert the course of justice.

Some of the most senior and respected police in the state allegedly engaged in criminal behaviour to end Melbourne's gangland war, Victoria's Royal Commission into the Management of Police Informants led by former judge Margaret McMurdo has heard. 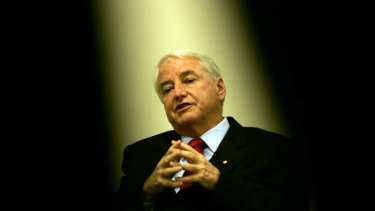 Shadow attorney-general Ed O’Donohue said public faith in the justice system would only be restored if allegations against police aired in the McMurdo commission were "vigorously examined and pursued" and if warranted, charges laid.

"The issues raised by the royal commission go to the heart of Victoria’s justice system," Mr O'Donohue said. "It is critical that once the final report is completed that is not the end of the job.

"I will be raising with the Attorney-General in Parliament that a special prosecutor model be established urgently and that the necessary resources are put in place before the final report of the royal commission being handed down."

An independent, statutory office of special prosecutor supported by a well-resourced taskforce was established by the Queensland government to ensure corrupt police exposed by the 1987–1989 inquiry chaired by Tony Fitzgerald QC could be investigated and charged without political interference.

It remains unclear what will happen to those allegations after Ms McMurdo hands down her final report, due by 30 November.

The royal commission has taken testimony and written statements from more than 200 witnesses and amassed a database of about 750,000 documents, mostly produced by Victoria Police, detailing defence barrister Nicola Gobbo’s secret life as an informer and her communications with police.

Much of this material would not be admissible as evidence in criminal proceedings. 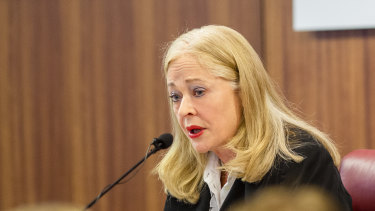 Director of Public Prosecutions Kerri Judd, QC, has told the royal commission that before it can consider any prosecution, her office would require an investigative agency to prepare briefs of evidence.

Victoria’s peak anti-corruption body IBAC says it lacks the power and resources necessary for this task. "It is unlikely that IBAC could undertake such a course in the absence of a government request and support," Commissioner Robert Redlich, QC, said.

Victoria Police, the only other standing body capable of investigating criminal conduct by police, has publicly defended current and former members implicated in the Gobbo scandal.

Mr Redlich in his submission to the royal commission said the limits of IBAC’s power to investigate police were documented two years ago in a report by the anti-corruption body’s parliamentary oversight committee.

"Should the royal commission make the recommendation foreshadowed regarding possible referral of criminal investigations, IBAC would probably not be in a position to undertake an investigation of this likely scale and complexity without additional investigative and legal resources," he said.

"Such an investigation would require the establishment of a dedicated, multi-disciplinary taskforce."

"The police and the Labor government of Andrews are so closely entwined that I wouldn’t have any confidence in a prosecution run by prosecutors who were subject to political direction," Mr Drummond said.

Attorney-General Jill Hennessy declined to comment until the royal commission delivers its findings.