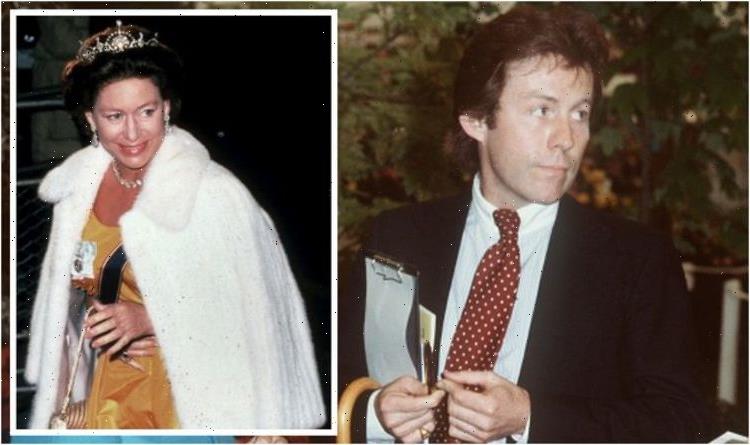 Princess Margaret’s life was rich and exciting, full of relationships that were heavily scrutinised at the time. One of them was Roddy Llewellyn, a British designer, aged 17 years younger than Princess Margaret. Roddy, currently 74, dated Princess Margaret for eight years, between 1973 and 1981.

According to Princess Margaret’s biographer Theo Aronson, they met in Scotland at the Café Royal in Edinburgh in September 1973.

In 1976, photographs of the couple in Mustique led to a scandal.

Roddy was often referred to as her ‘toy boy’ in the media at the time.

The much-publicised eight-year relationship was reportedly a factor in the breakup of the Princess’s marriage to Antony Armstrong.

After Princess Margaret’s break-up with Roddy, she destroyed all their correspondence, according to her then chauffeur, David Griffin.

“Her first love Townsend was seen as unsuitable.

“Then, Margaret’s husband Armstrong-Jones was what would have been viewed as a ‘bohemian’ by the royal set, thanks to his career as a photographer and his alternative lifestyle.

“If it hadn’t been for the age difference which was seen as rather novel at the time, Llewellyn might actually have been the most appropriate choice of partner for a royal known for her party lifestyle.

“His body language with Margaret always seemed to allow for the fact that was not just royal but also something of a diva in her own circle.

“He appeared very watchful of her, tuned into her moods, and on hand to cheer her up if necessary.

“Much of their relationship was carried on in the privacy of Mustique.

“There, his attentive and what looked like compliant behaviour must have made him the perfect plus one.

“When they did appear together in public there were few photographed moments of interaction between them.

“This, along with Llewellyn’s trait of low key but compliant behaviours, made him look at times like another member of her entourage.

“There did appear to be attempts from the couple to avoid the cameras, especially during more romantic scenarios when they were swimming or sunbathing together.

“The relationship might actually look more shocking to modern eyes than it did at the time, though.

“Royal fans were always very aware that Margaret had given up the ‘love of her life’ in Townsend and there was a rather indulgent attitude to a woman who lived and was treated more like a celebrity than a royal.”

‘Princess Margaret: A Scandalous Affair’ is airing tonight on Channel 5 at 8:40pm, which will look more closely into her relationship with Roddy Llewellyn.