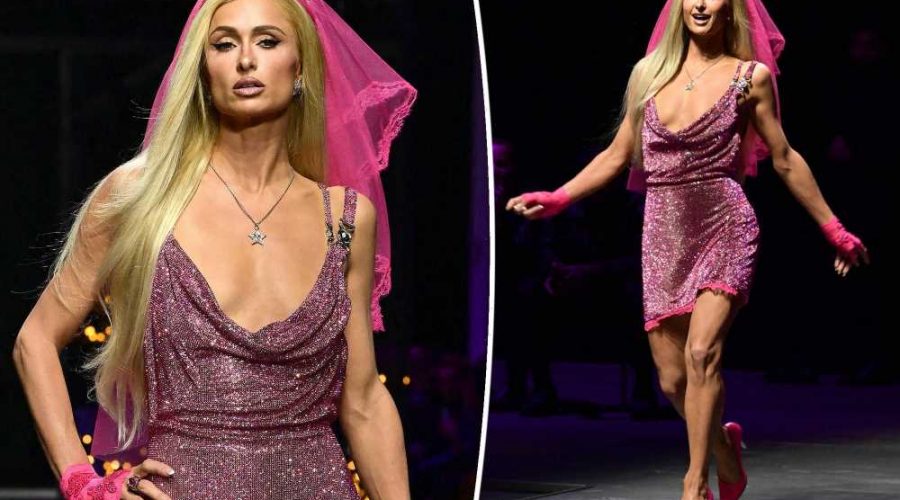 While’s Hilton’s original was made by Julien Macdonald, the metallic mini has inspired plenty of designers in the decades since, with versions popping up on celebrities including Kendall Jenner and Simone Biles.

Nicky Hilton even recreated her sister’s 2002 style for Halloween in 2018.

On Versace’s catwalk, Paris accessorized with Barbiecore-pink pumps and her signature fingerless gloves, topping it all off with a matching veil — perhaps in a nod to her November 2021 wedding to Carter Reum.

However, the “Simple Life” star wasn’t the only bride on the runway; Bella Hadid and several other models similarly sported colorful veils with their outfits. 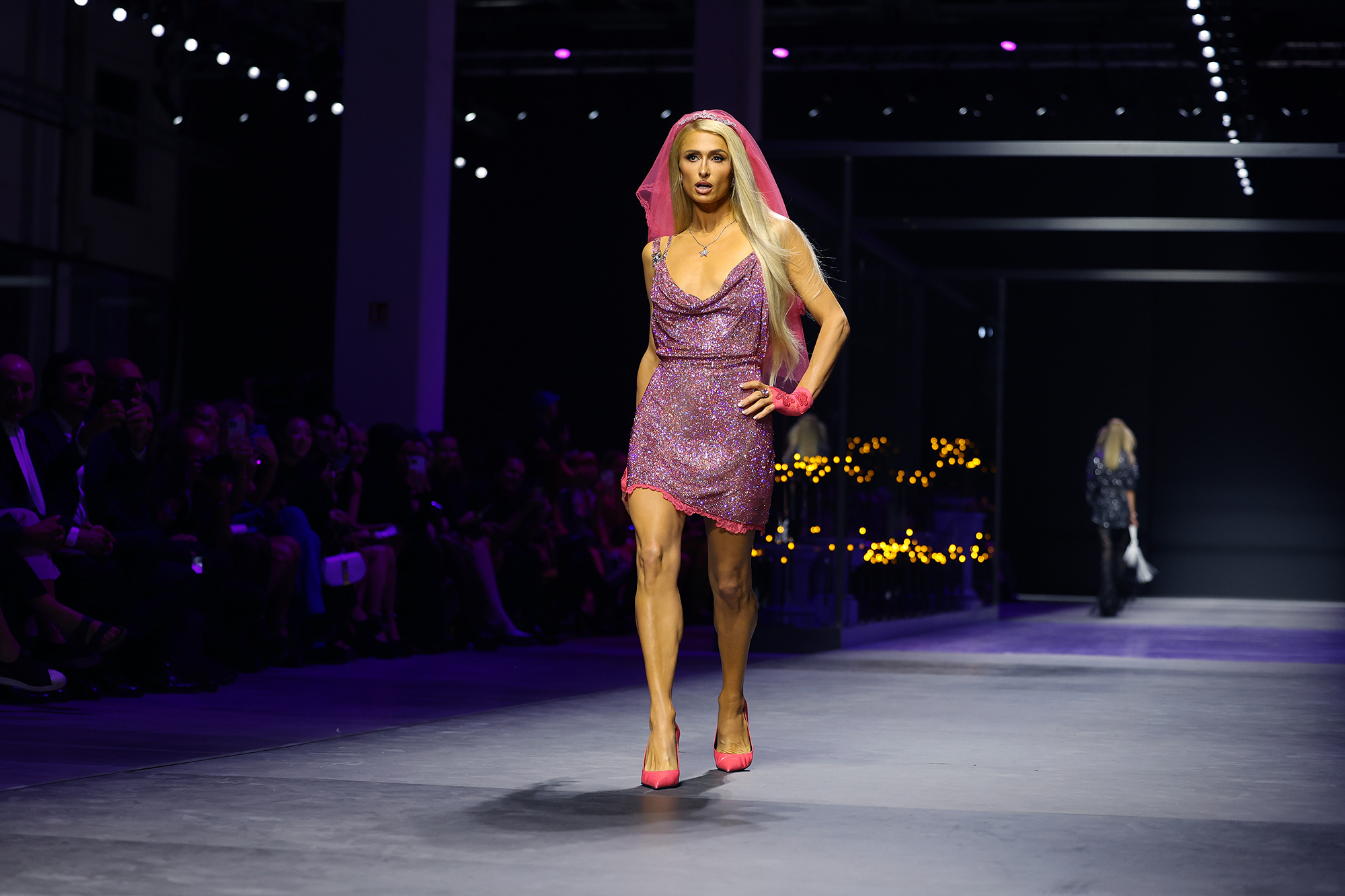 Though Hilton hasn’t hit the runway since before she became a wife, she’s no stranger to the model life. She made her catwalk debut at 16 years old for Heatherette, and has since walked for The Blonds, Rihanna’s Savage x Fenty, Christian Cowan, Philipp Plein and more. 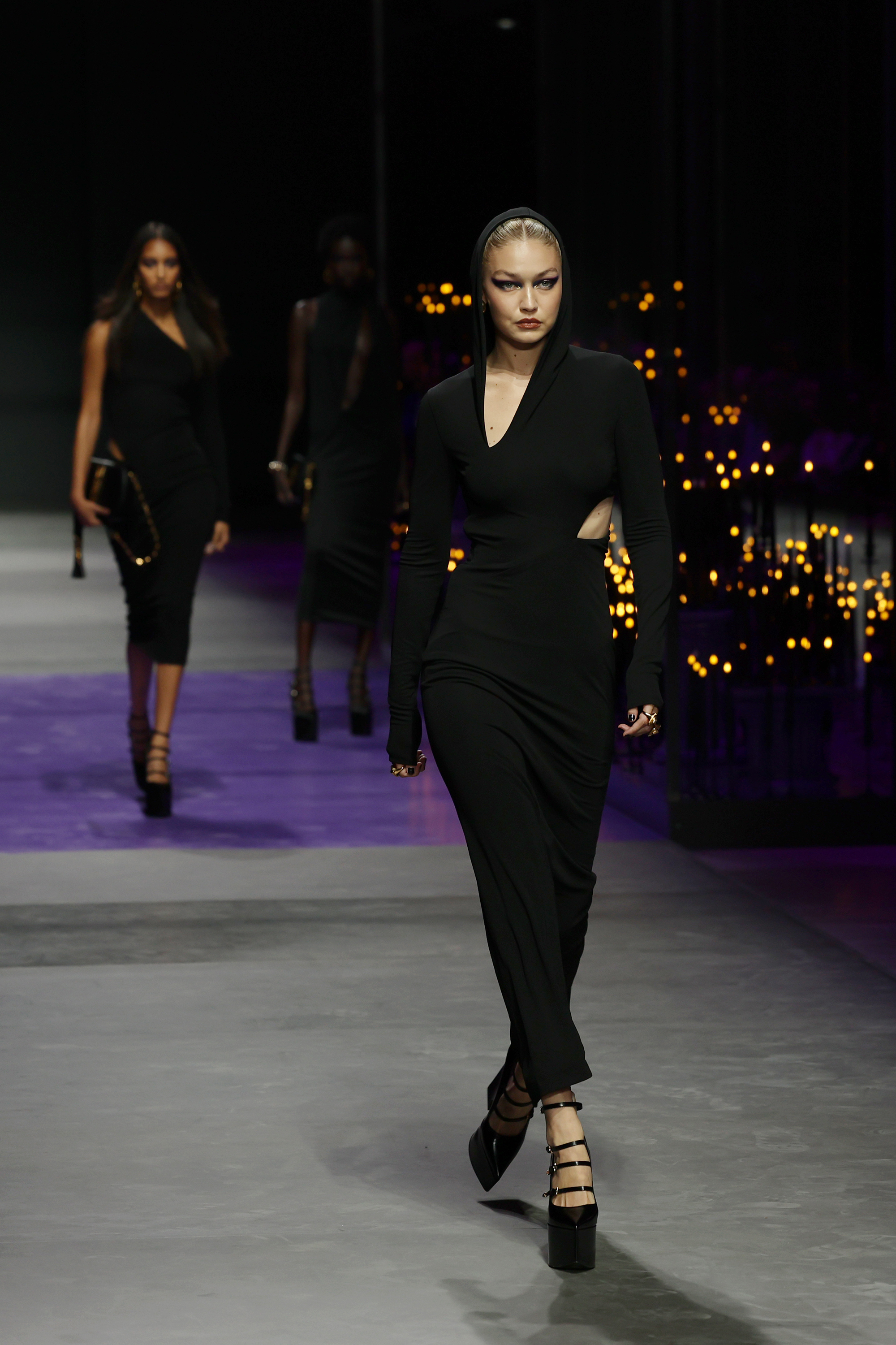 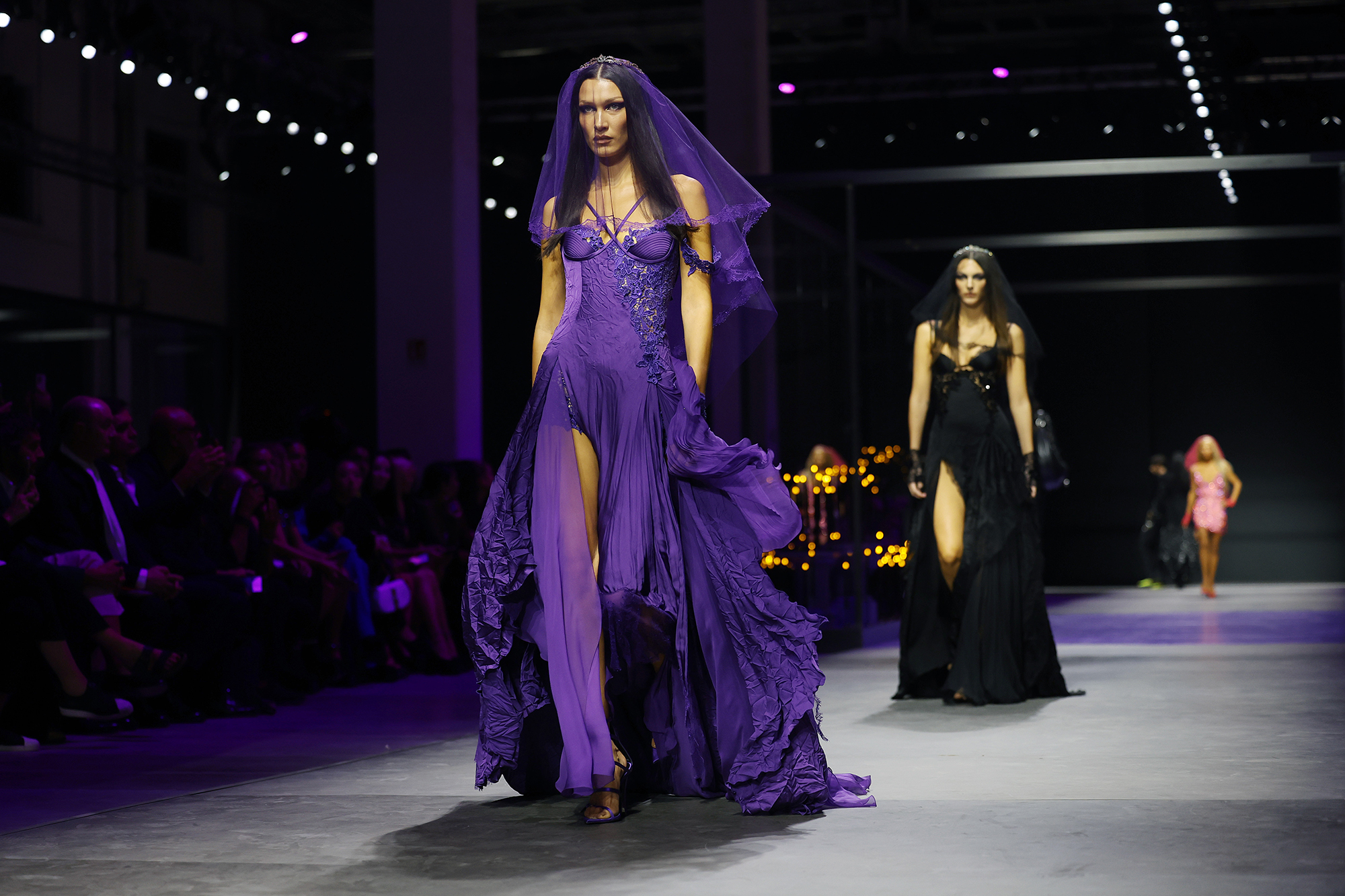 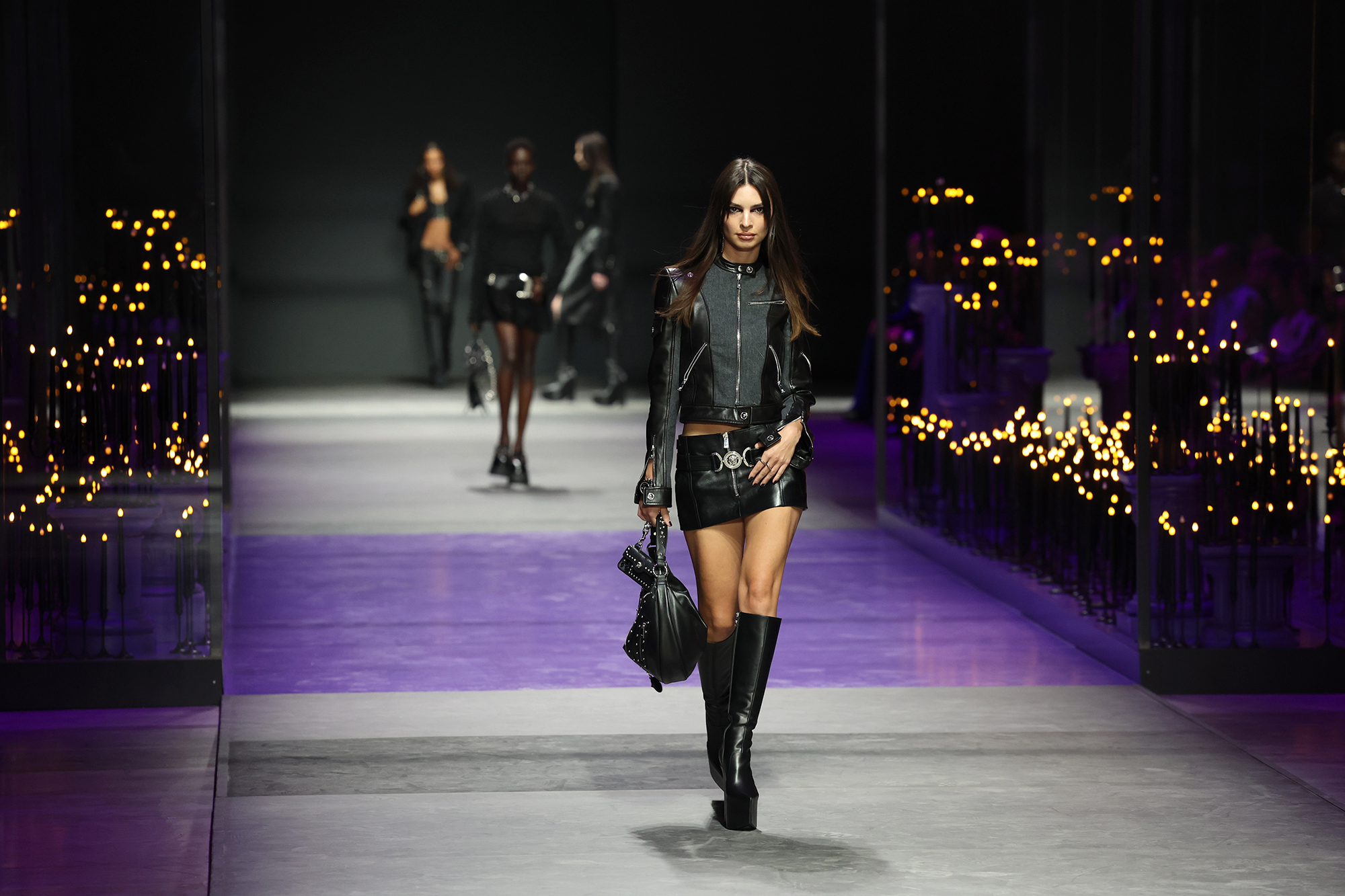