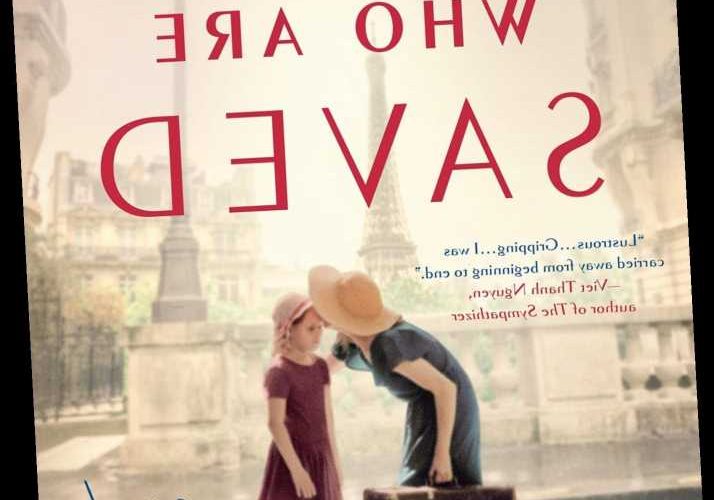 Those Who Are Saved by Alexis Landau As the Nazis overwhelm France, Vera and Max, Russian Jews in exile, must report for internment. Fearing the worst, they escape from the camp, leaving their daughter Lucie with her nanny. She’ll be safely hidden — or so they believe. Settled in Los Angeles, Vera is consumed by guilt and loss that tear at her marriage, and she aches to return to Lucie after the war’s end. Sweeping and lyrical, this novel is a gripping story of a mother’s unyielding love. —Helen Rogan

Sorrow and Bliss by Meg Mason Martha Friel, the narrator of this improbably charming novel about mental illness, will have you chortling and reading lines aloud. Martha is almost 40, and nothing — not the love of her husband, not a parade of doctors and meds — has ever stopped the pain. Fortunately, that’s just the beginning of this story. —Marion Winik

The Officer’s Daughter by Elle Johnson Decades after her cousin Karen is murdered, Johnson — a crime-show writer — wrestles with whether to help free Karen’s killer. To decide, she investigates what really happened and painful truths about her dad, a parole officer. A powerful memoir painting a portrait of one family’s “grief that would never end.” —Richard Eisenberg

Send for Me by Lauren Fox After fleeing Nazi Germany, Fox’s grandmother received increasingly desperate letters from her mother back home. Using snippets from those actual missives, this incandescent novel tells the story of three generations of women connected by sacrifice, courage, the comforting aroma of baked goods and the indelible impact of words on a page. Send for Me reads like a memoir but has the kind of intimate detail born in the imagination of a novelist at the top of her game. —Kim Hubbard

All Girls by Emily Layden Arriving at their exclusive prep school in August, students pass by signs announcing “a rapist works here.” Is it true? The #metoo-era mystery permeates every aspect of the year as Layden’s novel serves up a full menu of girls, from gossips to strivers, legacies to loners, all with secrets of their own. —Mary Pols

The Smash-Up by Ali Benjamin Borrow names and plot elements from Edith Wharton’s Ethan Frome. Satirize progressive parenting and education à la Where’d You Go, Bernadette. Then light it all up with the feminist fire ignited by the Brett Kavanaugh hearings — and what do you get? A fun, timely novel that’s unexpectedly full of hope. —Marion Winik