I don’t get it! Hilarious social media posts reveal serious responses from people who COMPLETELY missed the joke

These unfortunate people took things too literally and completely missed a joke – with hilarious results.

Social media users from around the world have shared examples of someone who simply just didn’t understand what was funny, with the best posts compiled in a Bored Panda gallery.

One person pointed out Netflix did not exist in 1919 after late night TV host Conan O’Brien wondered about the streaming service selection back during the Spanish Flu.

In another post, a person felt it necessary to point out that the picture of a shirtless man walking on the moon was Photoshopped. 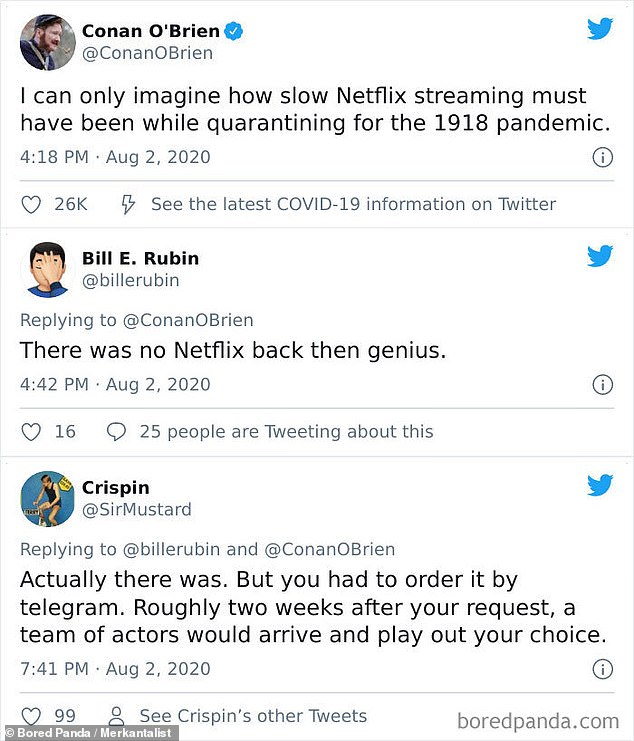 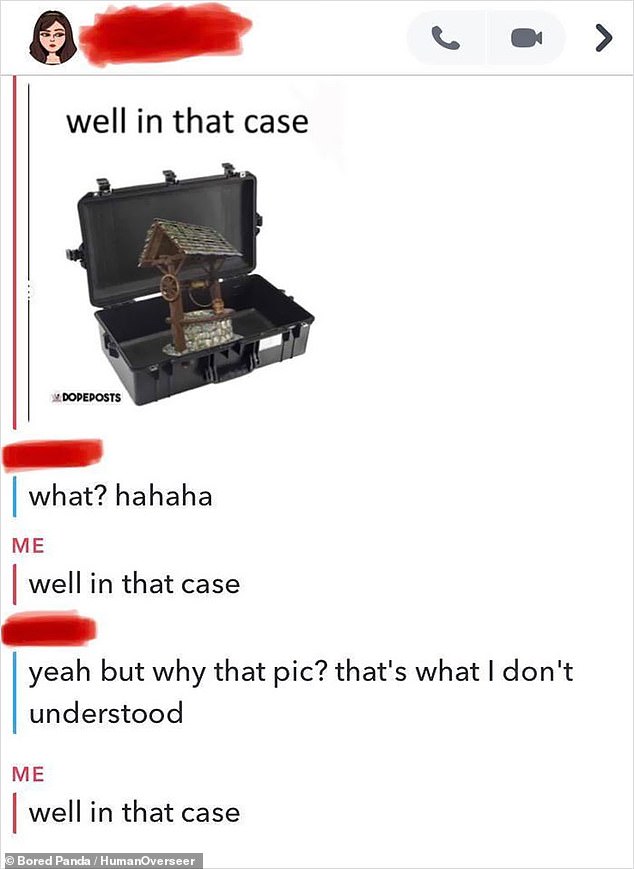 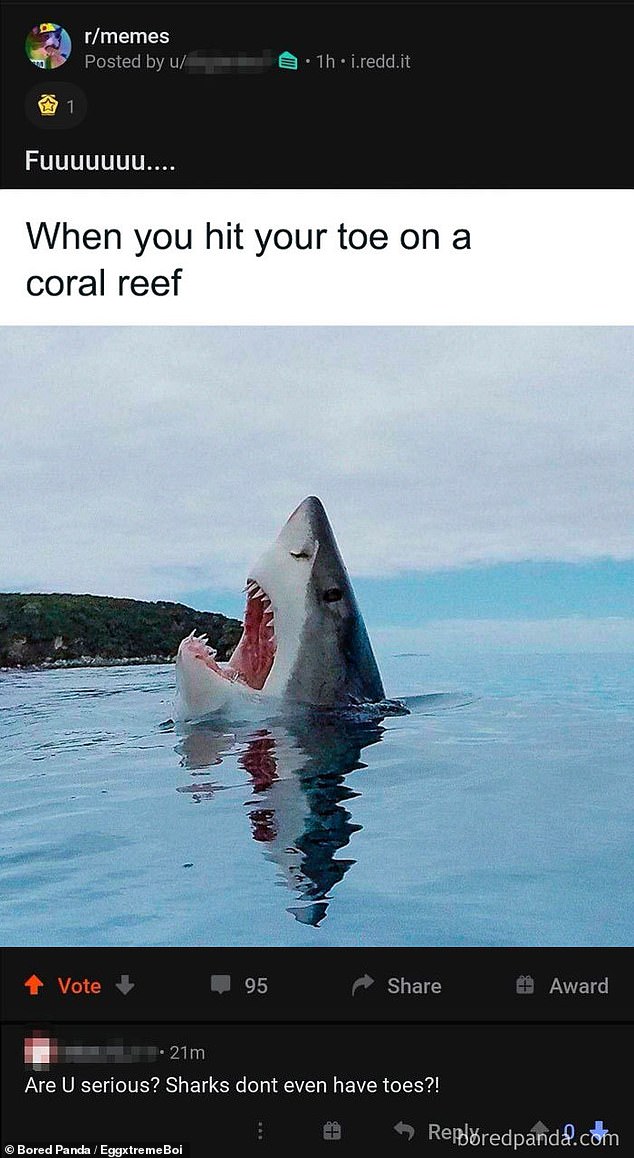 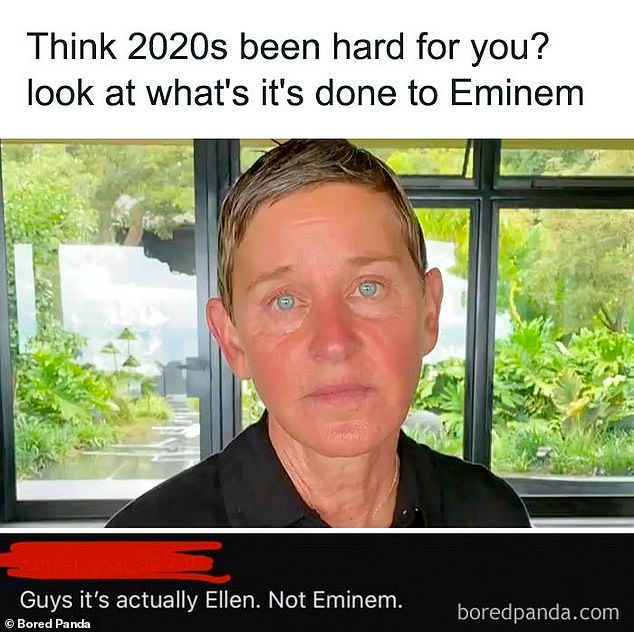 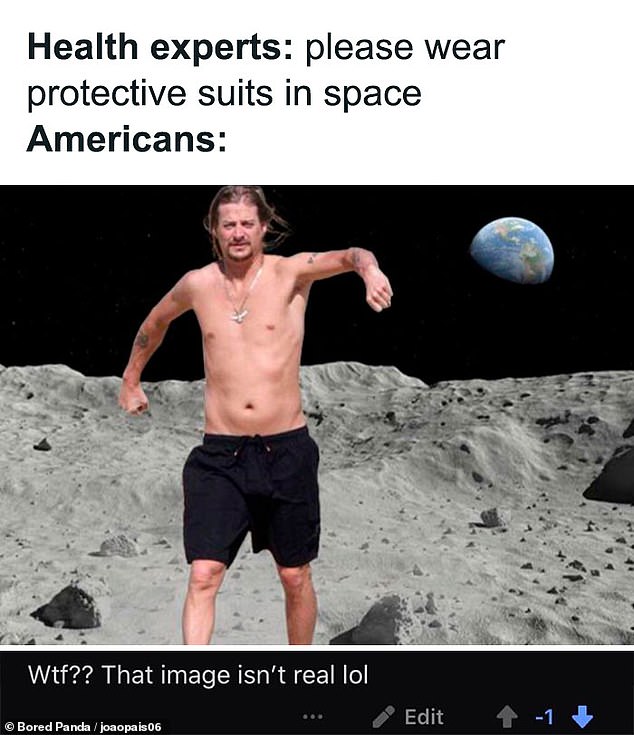 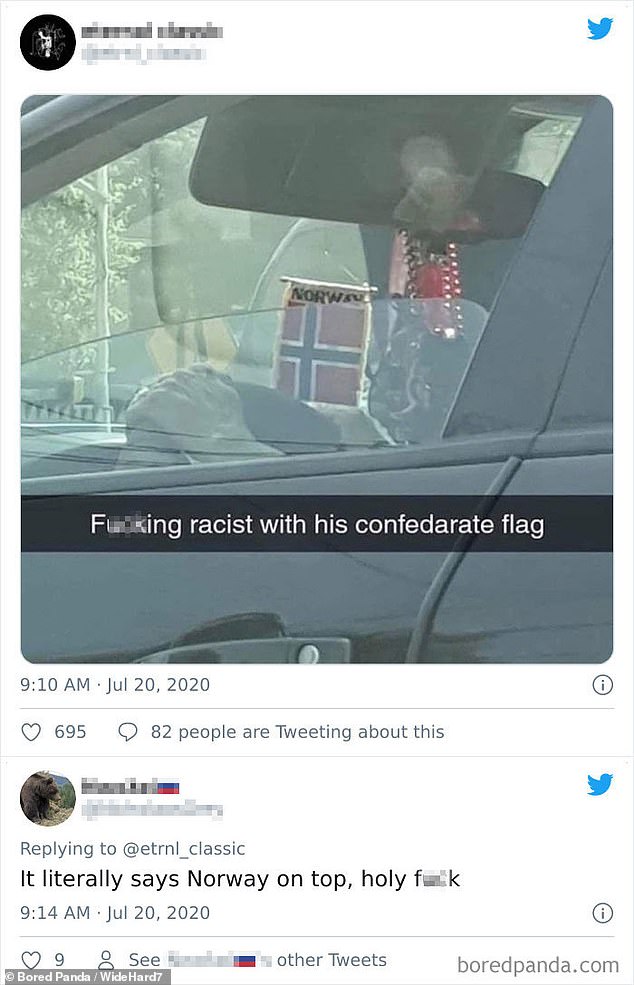 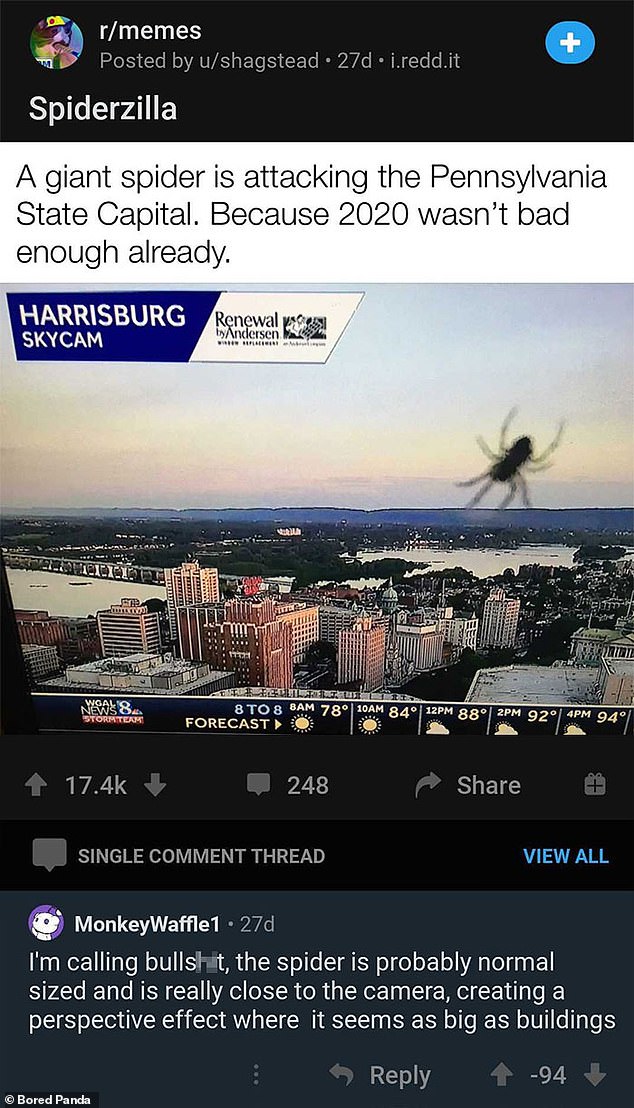 One person called ‘b*******’ on this picture after someone joked giant spiders existed, pointed out it was only a matter of perspective 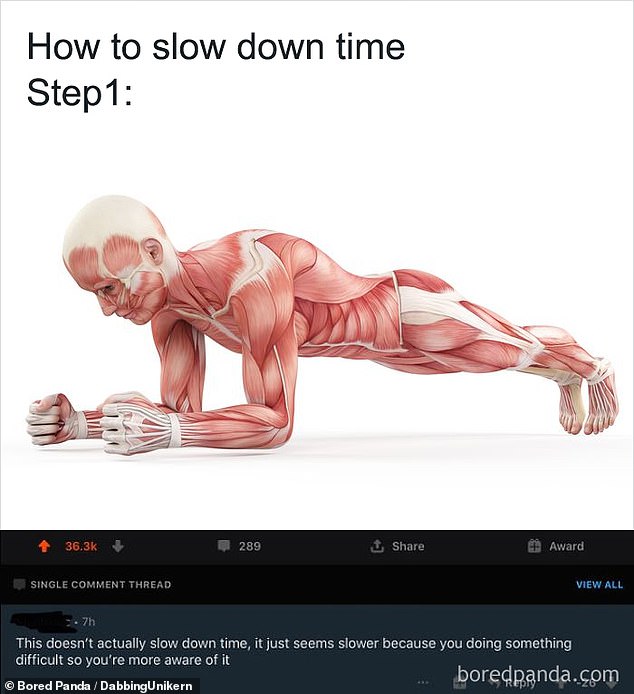 One person tried to demonstrate how clever they were by commenting on this post. Unfortunately, it backfired 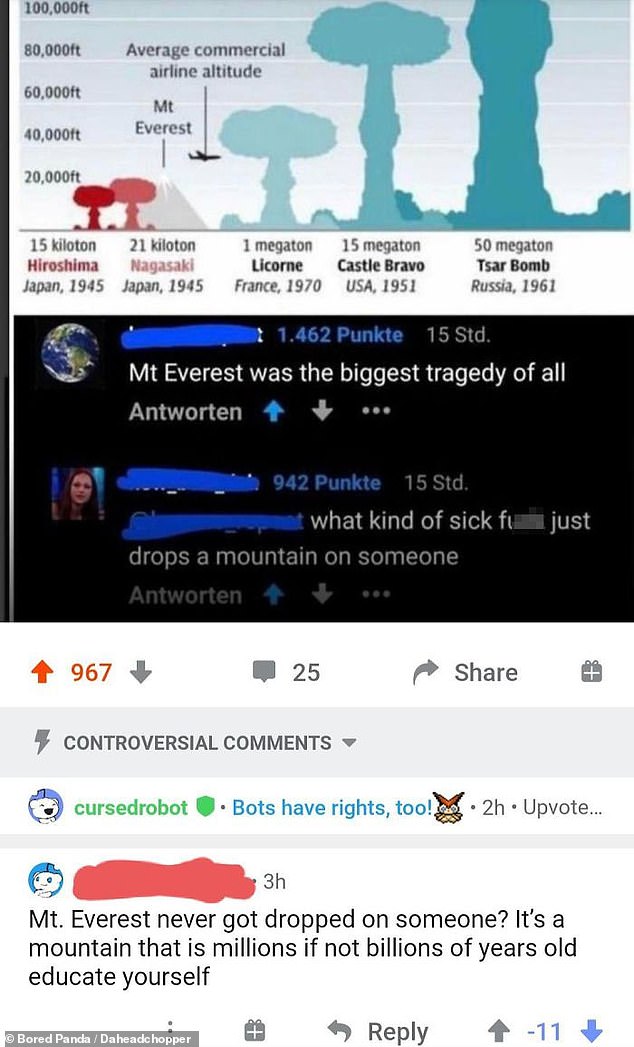 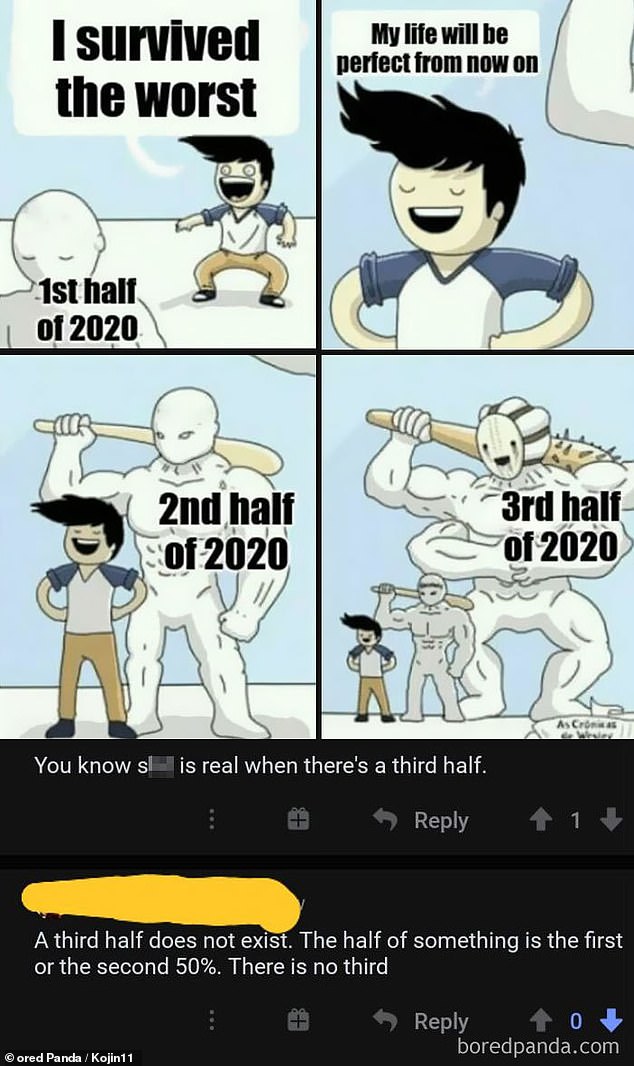 After one person shared this cartoon, another pointed out there could not be such a thing as a ‘third half’ 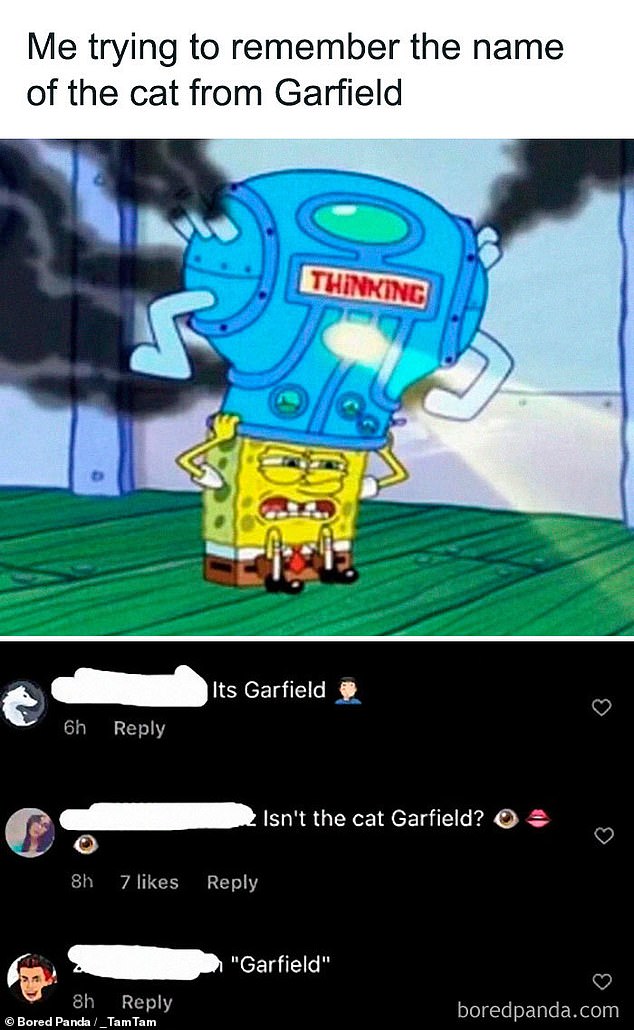 In Canada, several people did not get the joke and believed the person was really trying to remember the name of the cat in Garfield 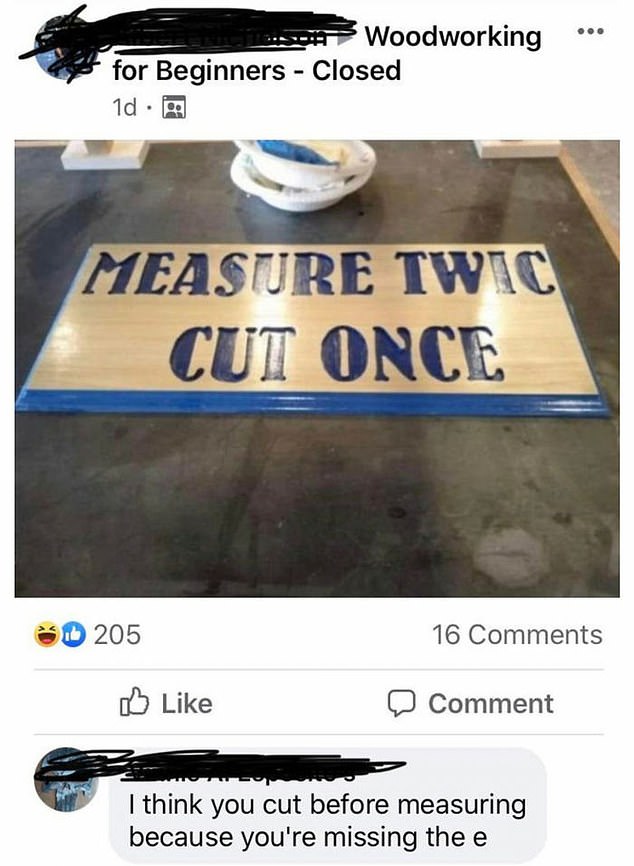 In the US, someone shared this tongue-in-cheek joke showing that the person who had cut the sign had not followed the instruction written on the sign. One commentator felt compelled to make it very clear 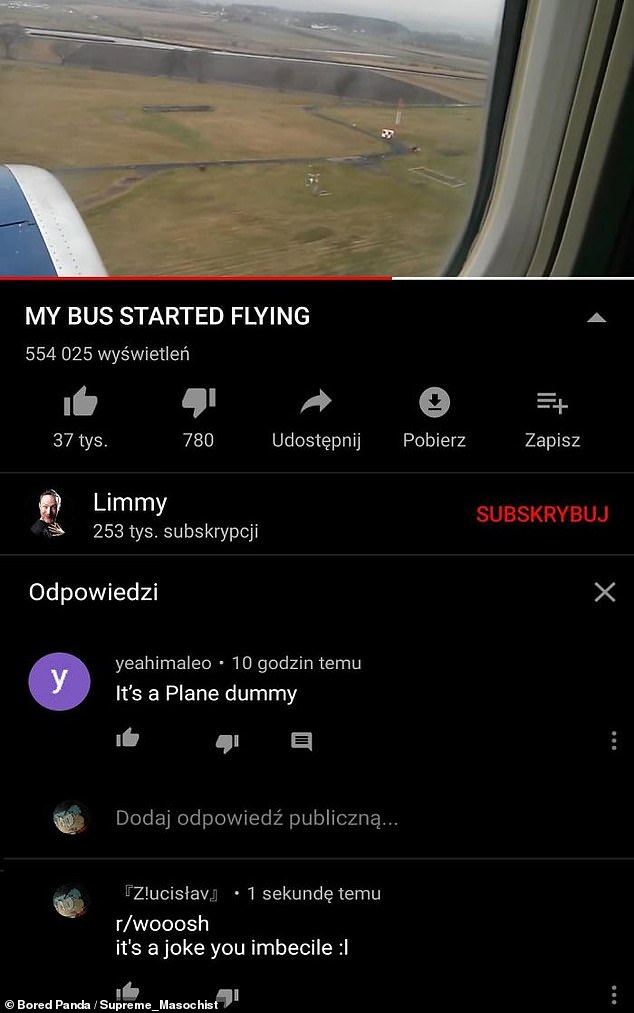 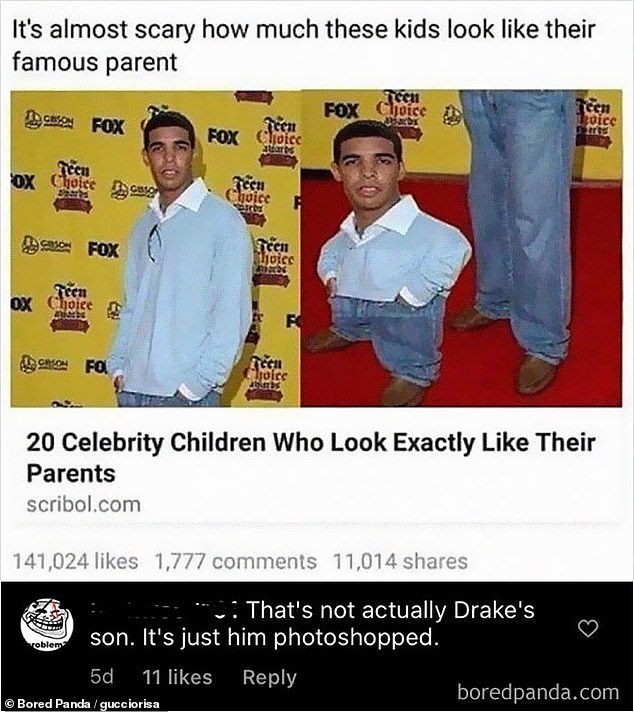 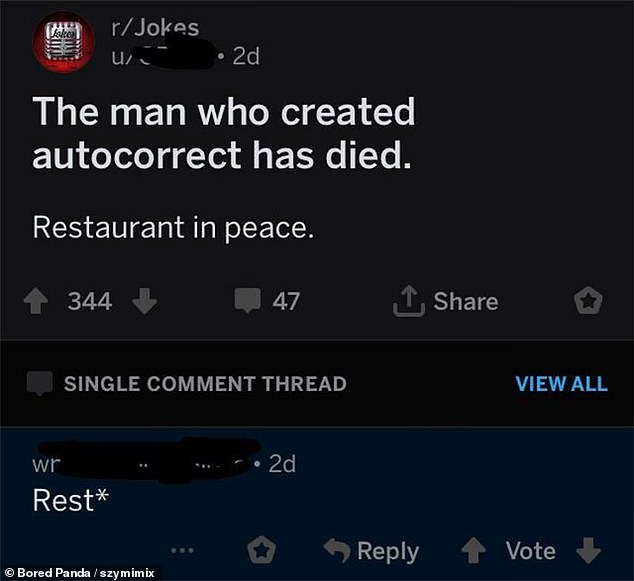 The joke was that, the inventor of the auto correct having died, they had written ‘restaurant’ instead of ‘rest’ but a person did not get it and corrected their sentences in a comment