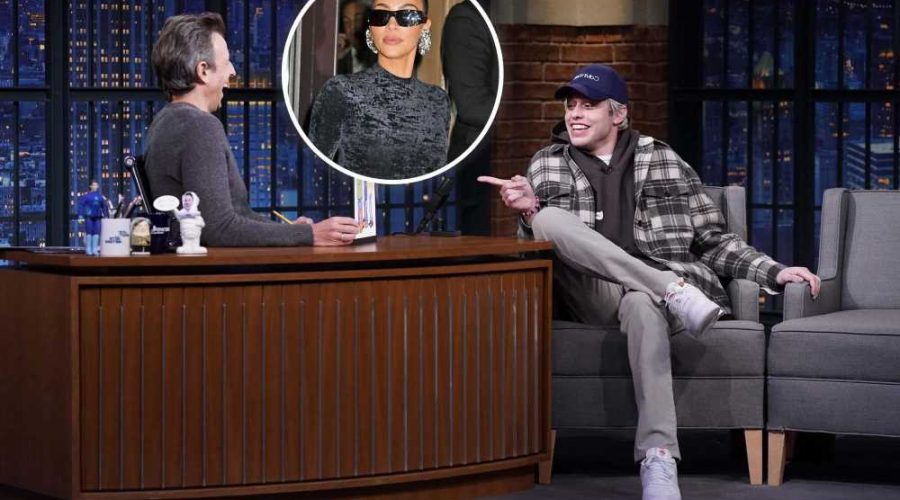 Pete Davidson only wants to talk about his upcoming show, not his rumored romance with Kim Kardashian.

The “Saturday Night Light” star appeared on “Late Night with Seth Meyers” on Monday and pivoted the conversation when the host asked about his personal life.

“I want to address something. I feel like I want to confirm if it’s real,” Meyers, 47, began, referring to Davidson’s various dinners with Kardashian last week.

“There’s a lot of people I walk by, and people are, like, whispering and, you know, making eyes at me,” Davidson, 27, interrupted. “But it is true: I do have a show on Tubi coming out.”

The comedian, who received praise for his Aaron Rodgers spoof over the weekend, was referring to his upcoming animated show, “The Freak Brothers,” which premieres Nov. 14 on the streaming service. 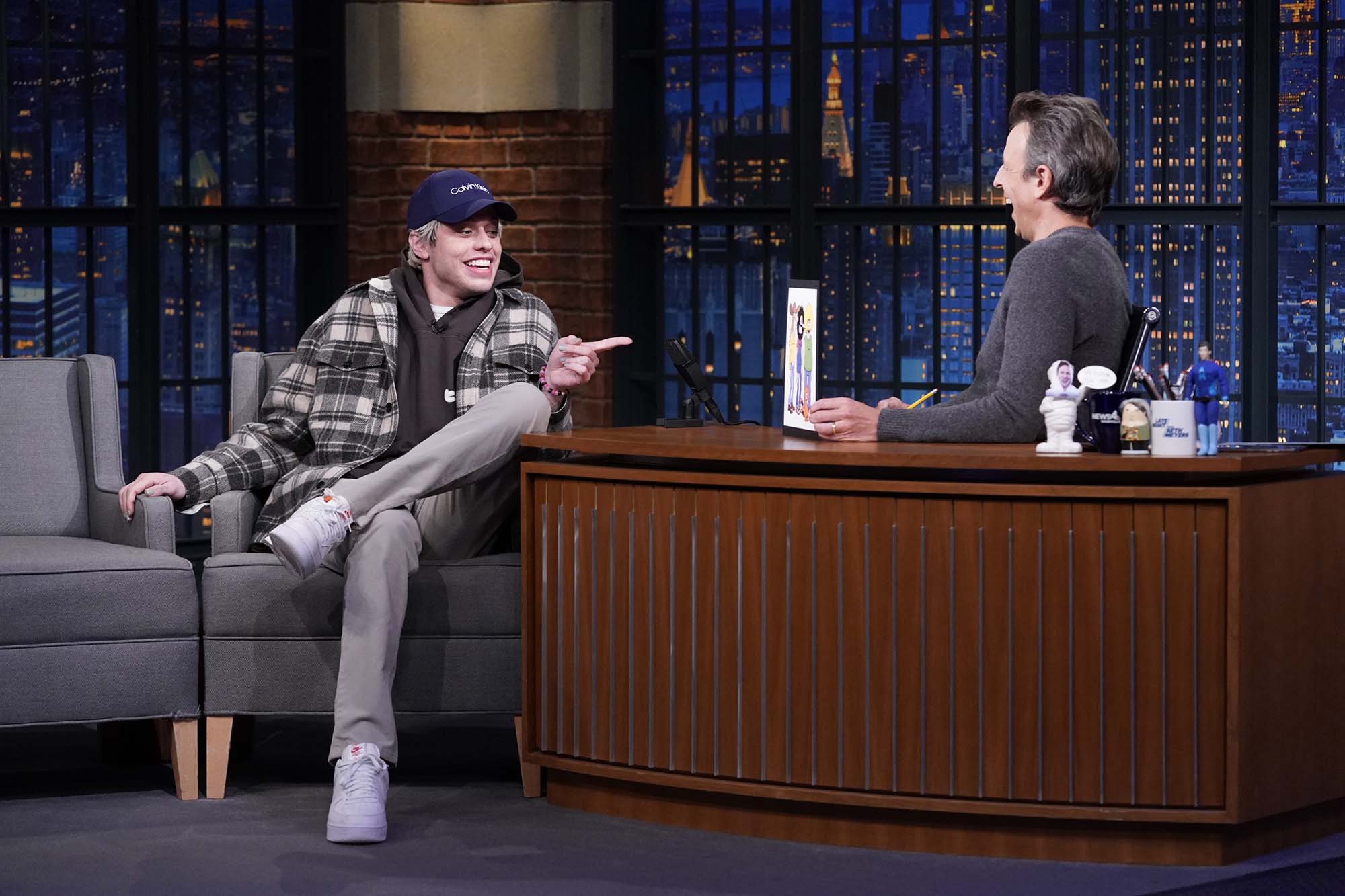 Page Six revealed last week that Davidson had set up a date with Kardashian, 41, at Campania on Staten Island.

“Pete arranged a dinner on the rooftop privately,” a restaurant source told us. “It was just the two of them.”

Our source added that the stars didn’t have any security with them, so they “quietly were able to sneak in and out.” 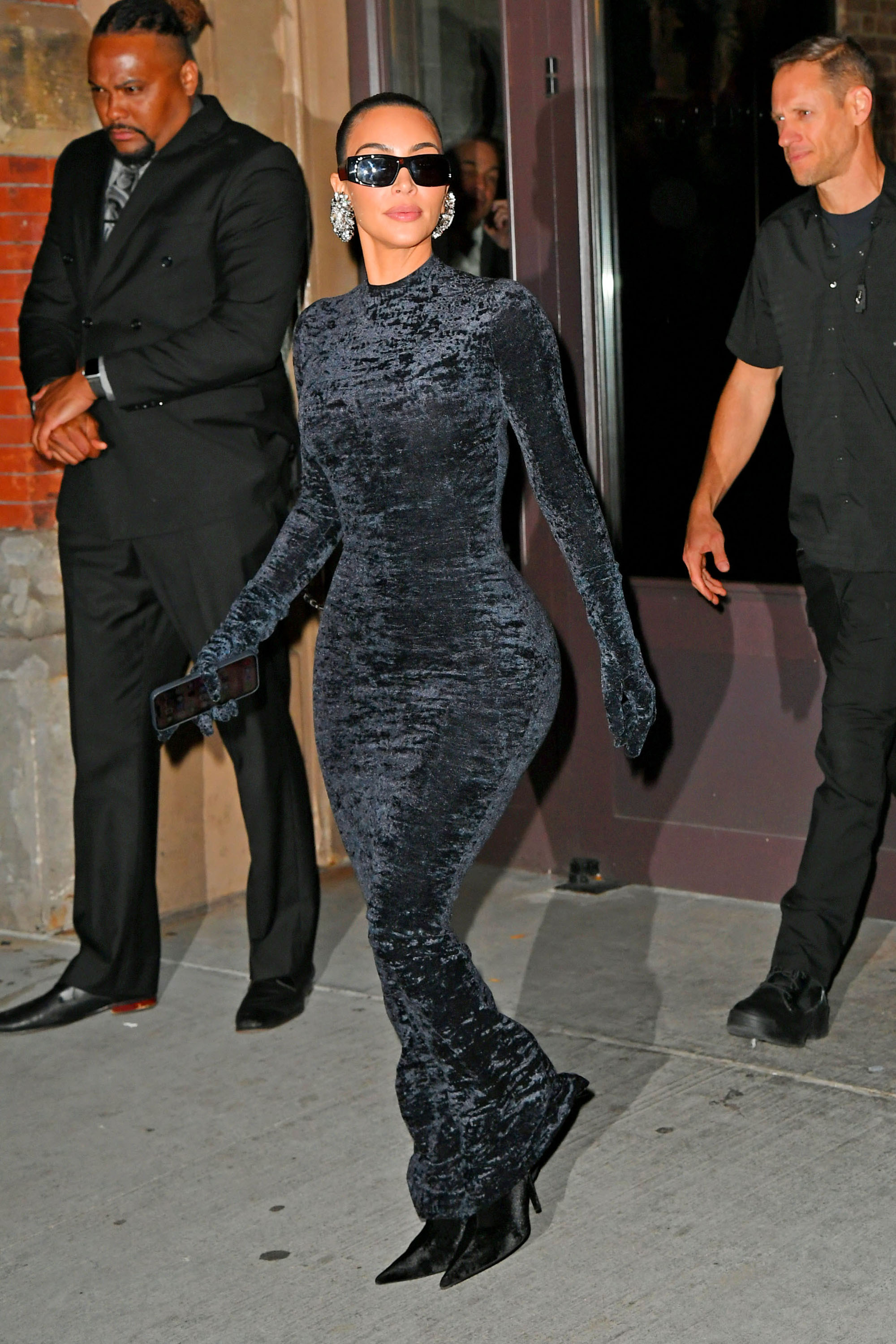 It seems the dinner was successful enough for the KKW Beauty mogul to bring Davidson as her plus-one to Simon Huck’s birthday dinner at Zero Bond the following night, where we were told they appeared “genuinely affectionate” with each other.

“They were smiling and laughing a lot and seemed genuinely affectionate with each other,” a source said.

“But there was no Kravis-style PDA,” the insider added, referencing Kim’s sister Kourtney Kardashian and her fiancé Travis Barker’s hot-and-heavy antics.

Kim is in the midst of a divorce from Kanye West, with whom she shares four children: North, 8, Saint, 5, Chicago, 3, and Psalm, 2.