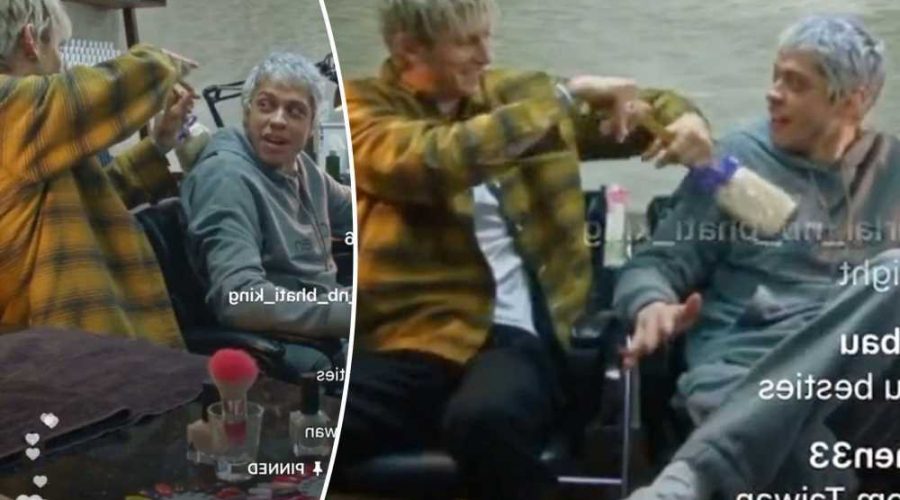 What’s Pete Davidson cooking up with Calvin Klein on Instagram?

The “Saturday Night Live” star told close pal Machine Gun Kelly that he would like to bathe with him during another Instagram Live on Calvin Klein’s social media page.

“I still think we should be in a bubble bath. We should wash each other in our Calvins, in our undies and feed each other apples and stuff,” Davidson, 28, told MGK, 31, while getting their nails done together on Tuesday.

Davidson made the admission after MGK (real name: Colson Baker) gifted him a loofah during the Instagram Live.

Fortunately, the “Bloody Valentine” singer didn’t burst Davidson’s bubble, telling him, “I agree,” and suggesting that they also play Sudoku while taking a soak.

The two also bonded over being “losers,” with MGK at one point confessing that he wishes he could go back in time and attend high school with Davidson. 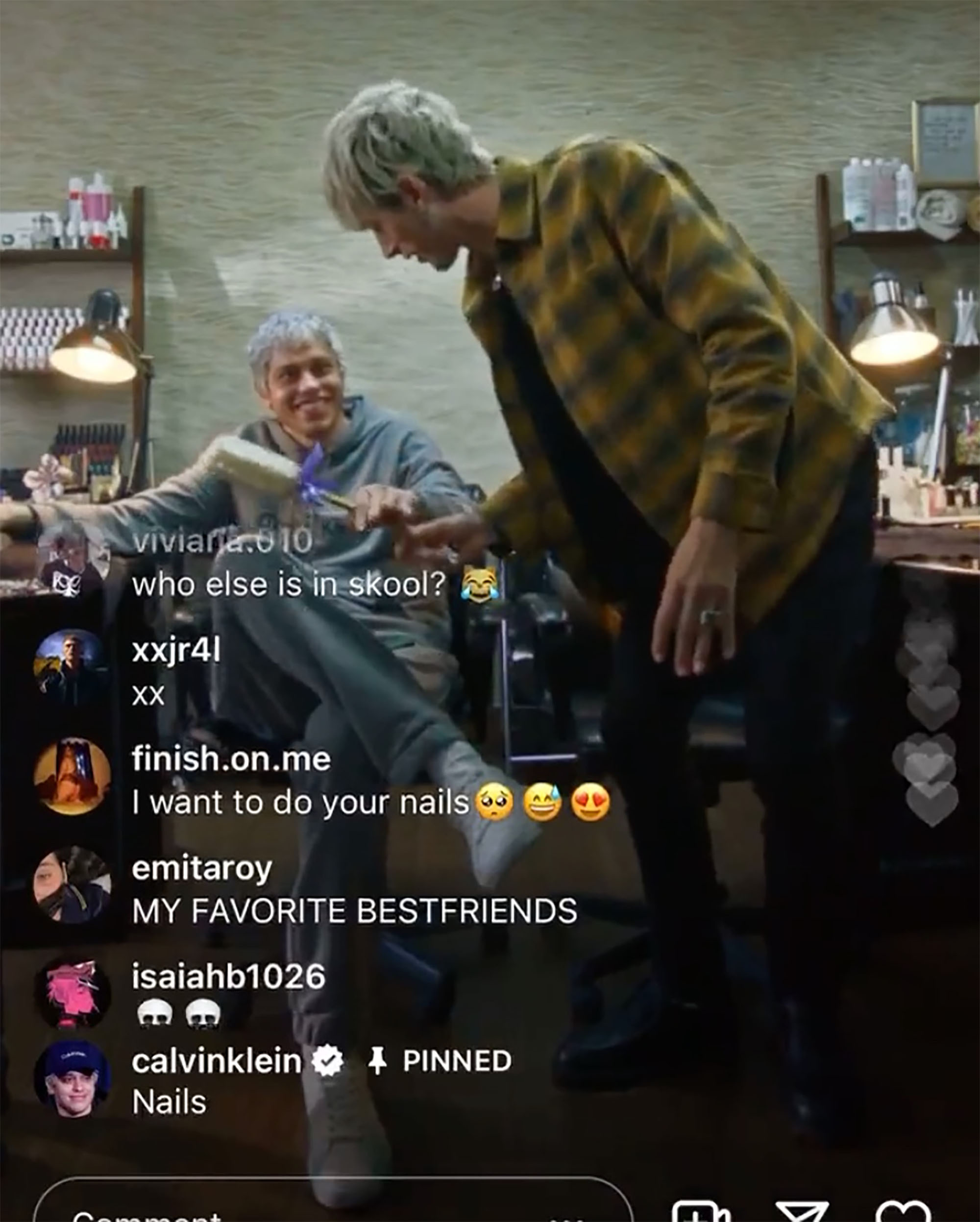 “You know what’s one thing I wish? If I had a time machine, it’s that we went to the same high school together,” MGK said. “We both would have been losers, but at least [we’d be] together.”

Davidson agreed, telling him, “Yeah, I needed a friend to be a loser with.” 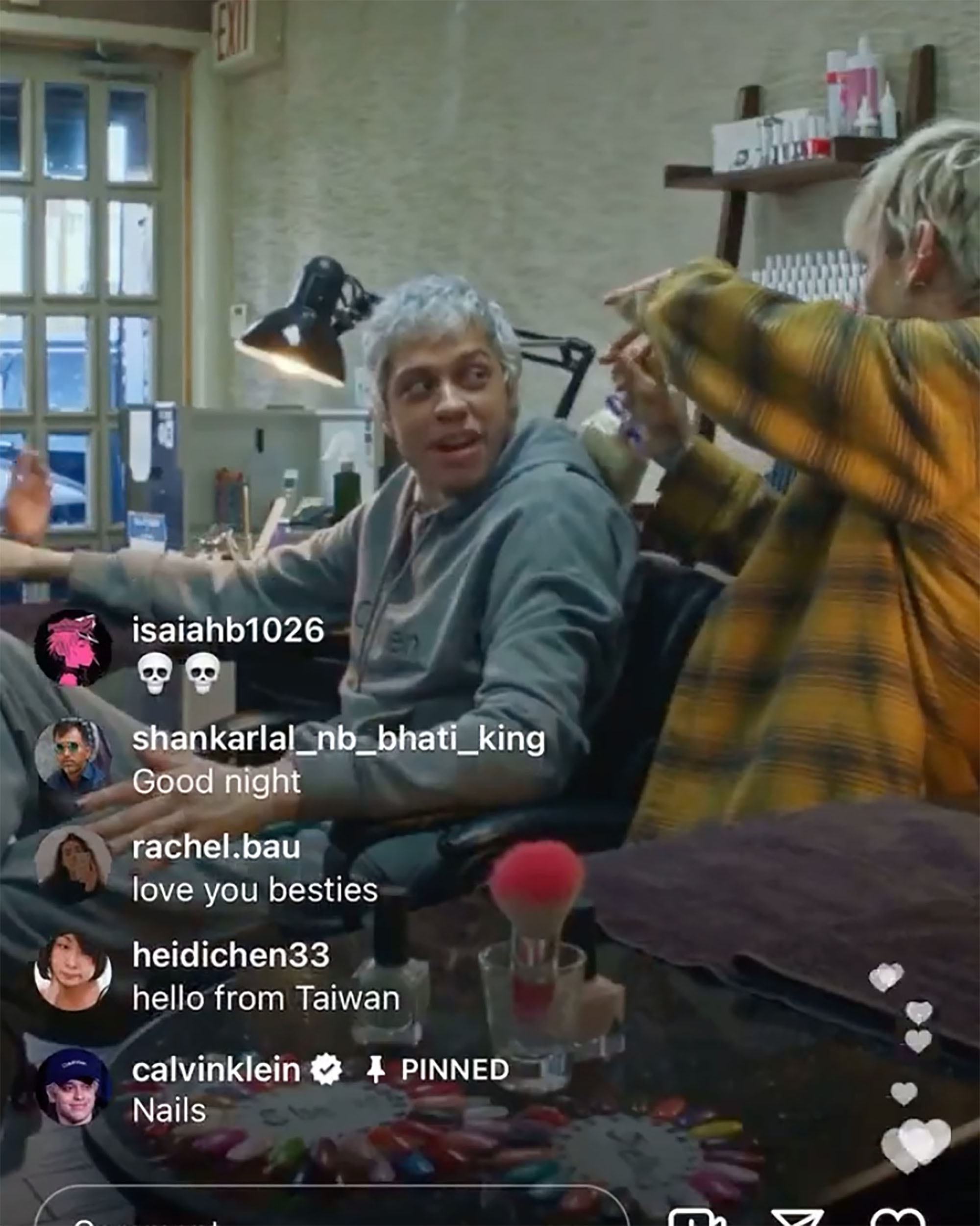 MGK then chimed in again, saying, “That was my mistake. I was a loser by myself and it just made me angry. It would have felt funny if you would have been a loser with me.”

The “King of Staten Island” co-stars later noted that just a few years ago, they were both in a “weird spot” in life. MGK was staying on Davidson’s couch at the time, and they felt “like losers” in high school all over again.

“It was really nice to share the whole world hating you together,” Davidson joked. 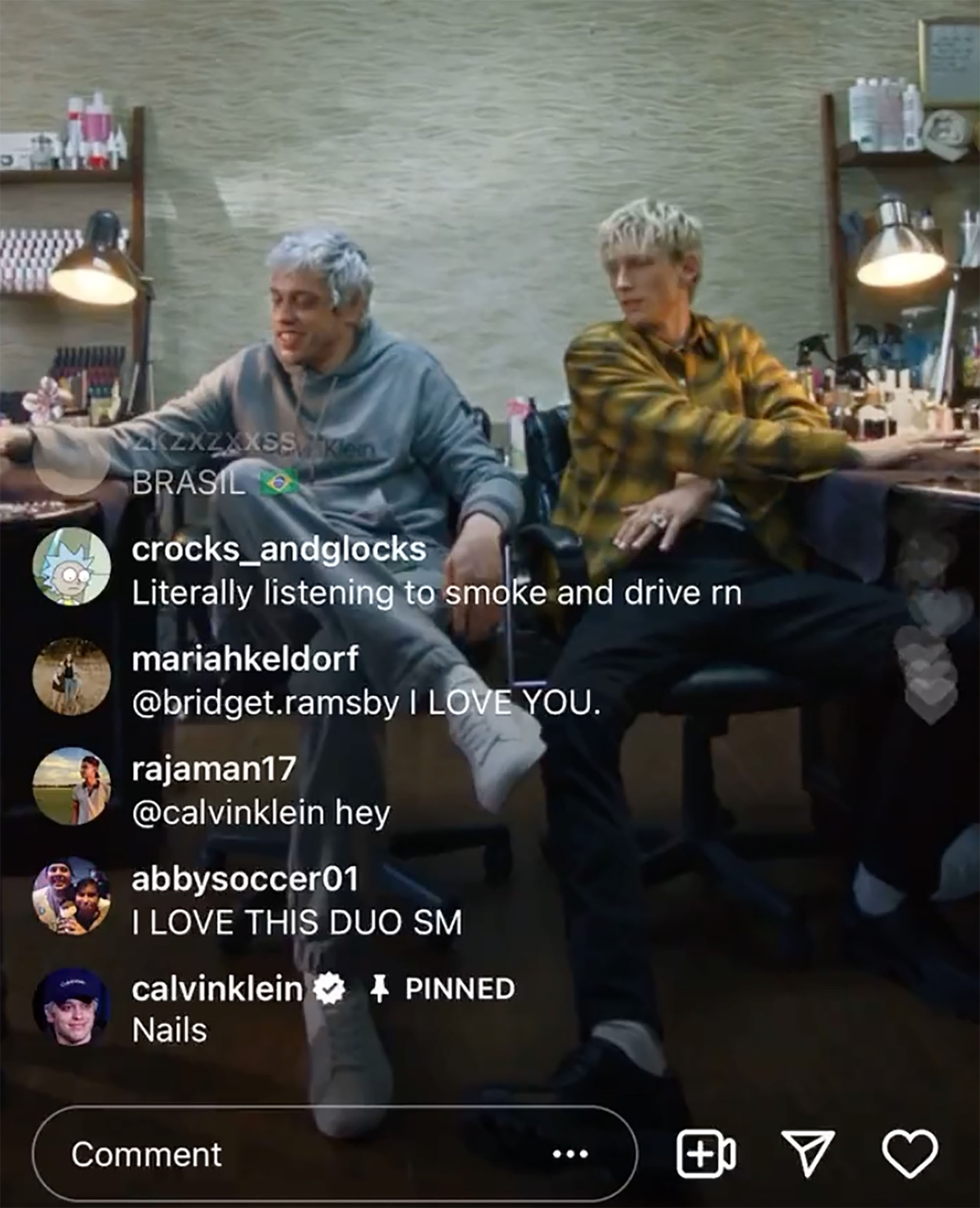 Davidson and MGK also took over the Calvin Klein account on Monday night, where they stripped down to their skivvies and talked about their penises.