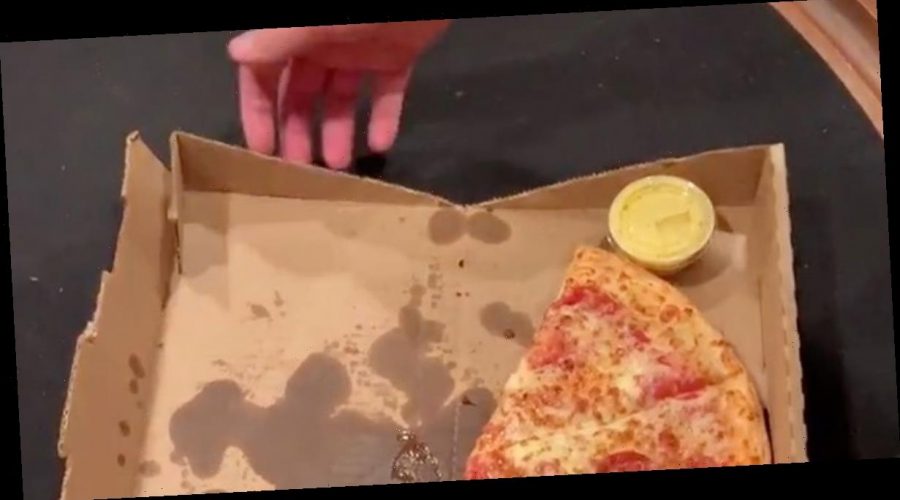 A viral video shows how you can transform a pizza box into a handy way to store leftover slices you don't manage to eat the night before.

The clip, uploaded on TikTok by user @nateandgran, has been watched more than 7 million times and shows a weird hack to fold the pizza box in half.

In the video demonstration, Nate says: "For those of you who don’t know, every pizza box can do this."

"First, rip the top off, then take these off," he says, removing two bits of cardboard from the sides (it really helps if you watch the video).

He continues: "Once you have those off, pull it down like this, tuck it in, and it’s completely done."

Astonishingly, when he is done the box is folded into a neat shape with enough room to store half a leftover pizza.

It will even fit comfortably in the fridge for another day, thanks to the folding trick.

The viral video has had a lot of attention since it was uploaded, with thousands of people airing their views on whether they found the hack useful or not.

Another baffled-sounding person wrote: "What is this sorcery?"

Someone else simply said: "Mind: blown."

But a skeptic said: "I just ripped my whole pizza box apart and it does not work."

Other viewers suggested the pizza box design was a special patent and not every type was able to fold in the same way.

This comes after the UK's favourite pizza topping was revealed – and it could be a controversial choice among traditionalists.