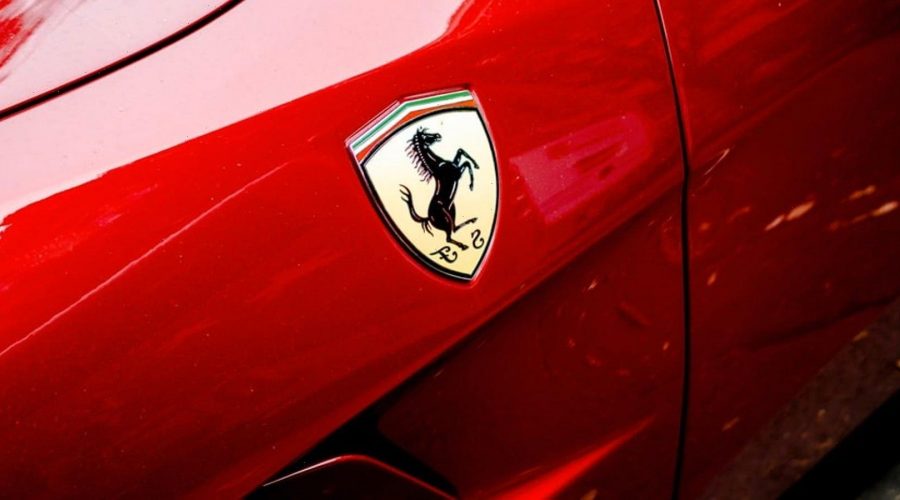 Many celebrities choose to spend their fortune on an extensive car collection. While pulling up in a luxury car is expected at most major events, not all A-listers have the clout it takes to own a Ferrari.

It takes quite a bit to own a Ferrari (or two). Customers can’t walk into a dealership and purchase a brand-new Ferrari – it doesn’t work that way. Rather, those with the money, power, and relationship with the ultra-expensive brand might be able to score the classic. Rumor has it, based on their actions and reputation, they can also get blacklisted from ever purchasing a Ferrari again.

Check out the list of celebrities that own or have owned the special car, including the customizations possible when you’re working with no limitations.

With a net worth of $140 million, and a passion for high-end, luxury items, it’s no surprise that Kutcher owns a red Ferrari California. Estimated costs run around $300,000 but can increase according to the customization requested by the client. California is one of the more common models but is no slouch when speed is the goal. She can hit 60mph in three seconds and has a top speed of 205 mph.

The ‘American Idol’ alum owns quite a few luxury cars, including a Bentley, Range Rover, Mercedes SL55 AMG, but it’s the Ferrari 458 Italia we see him in most often. His silver, two-door coupe ran Cowell around $250,000, but with a net worth of more than $600 million, he’s got money to spend – a requirement if Ferrari is going to work with you.

The model and actress have long since driven a cherry red Ferrari California. The heiress’ collection includes a Bentley Continental, Rolls Royce Ghost, and Lexus LFA, and it’s clear she has the funds to add additional luxurious models to her list.

Among the soccer stars collection is a white Ferrari 612 Scaglietti. This specialty model came out in 2004 with an exterior design from Pininfarina, honoring master designer Sergio Scaglietti. The unique collector’s item will run nearly $315,000.

He’s been the star of one of the most popular film franchises of the ’80s, Terminator, and he’s been the Governor of California, but the former bodybuilder is also a car fanatic. Schwarzenegger currently owns a 911 Turbo, Hummer, Bentley Continental, and of course, a Ferrari 360 Spider. Ranking among one of the most iconic vehicles of all time, according to Hot Cars, the Spider can range from $70,000 to $130,000. Given the hype surrounding this collector’s item, Schwarzenegger probably considered it a steal.

The superstar is known for his hit singles, jet-setting lifestyle, and according to AutorDee, his fleet of high-end cars. Bieber owns a Cadillac CTS-V, Fisker Karma, Flat Black Range Rover, 997 Porsche Turbo, Lamborghini Aventador, and not one, but two Ferraris; a 458 Italia and 458 Spider. The Ferrari brand holds its reputation in the highest regard as it has been known to turn down sales to the wrong person. Although he’s been a long-time collector, when Bieber left his Ferrari in a hotel parking lot and literally forgot where he left it, some wondered if Bieber won’t find himself on said list.

Another example of one, once in good graces with the Ferrari brand, that now faces the denial of future purchases is rapper/musician Tyga. At one time, he bought his then-girlfriend Kylie Jenner a Ferrari for her 18th birthday, then shortly after, he became known for failing to pay for them. With at least two of his collection repossessed and a lawsuit from Ferrari for not paying the money he owed on his lease, it’s unlikely we’ll see Tyga driving around in a Ferrari anytime soon.

She’s been out of the spotlight for a while, but that doesn’t mean she’s not driving in style. With a net worth of around $1 million, Ranker reports Lohan still owns a Ferrari California. The ‘Parent Trap’ star owns a Rolls Royce Phantom, Porsche 911, Range Rover Sport, Mercedes SL65 AMG, Maserati Quattroporte, and of course, her jet-black Ferrari.

The reality TV star is thought to be on Ferrari’s bad side when she accepted a 458 Italia from a well-known financial fraud in 2011. According to YouTube, when Jho Low, suspected of stealing $5 billion dollars from Malaysia, gave it Kardashian as a wedding gift, many wondered if she’d have to return the Ferrari because it was bought with stolen money. The car was said to be worth $325,000, and other celebrities were forced to return gifts they had received from Low, but it appears she was an exception.

29/11/2021 Lifestyle Comments Off on Prancing Horses: 9 Celebrities That Own The Most Expensive Ferraris
Lifestyle