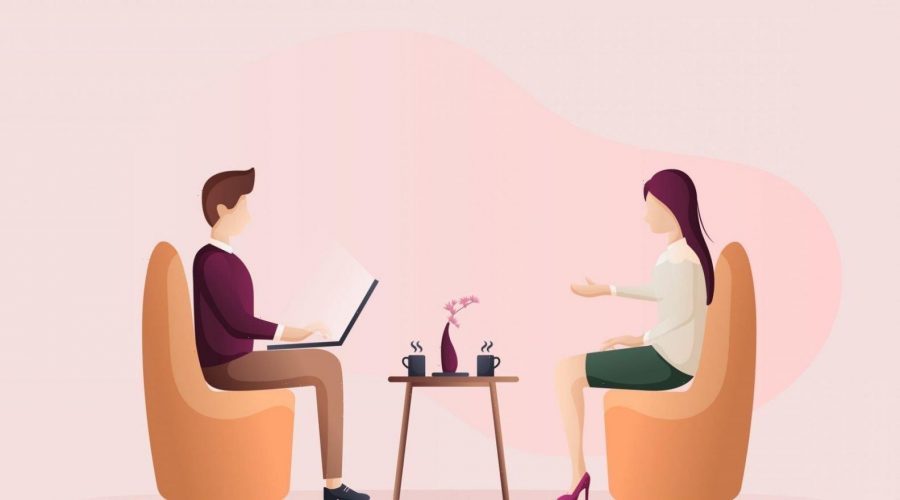 Going into a job interview can be a nerve-racking experience.

From wondering whether we’ve answered all the questions correctly to frantically reciting stats about the organisation we want to work for, it’s easy to get in our own heads about our performance and our ability to show why we deserve to get this coveted role.

But why don’t we spend just as much time wondering whether the job is the right fit for us? After all, it’s so easy to think about being the best fit for the company but what if this company isn’t right for us?

Being able to decipher whether a role or company is the next best move can be tricky in a world that doesn’t leave room for us to say ‘no’ to opportunities but instead encourages us to constantly jump and yell ‘yes’ at what is presented to us. But there are job red flags to look out for during the interview process and we’ve spoken to five career experts about the biggest ones to keep an eye out for.

They don’t sell you on the opportunity

“If the hiring manager isn’t getting fired up about the company… yikes, just yikes,” says Melissa Hirsch, a recruiter for recruitment services firm Betts.

“If they truly love what they do, you should feel the passion when they explain the job and why they joined the company. They should be telling you stats – especially if it’s a sales position – about how well the top performers are doing, how quickly they ramped up and exceeded revenue targets, etc.

Hirsh adds that if you feel like they’re going through the motions and just putting a “butt in a seat, trust your gut”.

Joseph Liu, a career change consultant, professional speaker and host of the Career Relaunch podcast, says a disorganised interview process may signal how “the company itself operates”.

“The interview process is a company’s opportunity to put its best foot forward and showcase its professionalism and quality,” he says. “So if you’re not impressed by the company’s screening process, you will likely be underwhelmed by the company itself after you begin working there and when the courting process is over.”

Asking too many personal questions

“One major red flag I’ve noticed among some employers is that rather than focusing on skills and knowledge, they go on a tangent and start discussing age, marital status or future parenting plans,” says Sonya Barlow, an award-winning entrepreneur and founder of LMF Network.

“LMF Network’s 2021 research found some people were asked weird questions across a range of topics including alcohol habits to childbirth, and women of colour were made to feel like tokens.”

In the words of Hirsch: time kills deals.

“Five or more steps and/or WEEKS between steps? No one has time for that. If a company likes you, they’ll roll out the red carpet and pull out all the stops to get you across the finish line ASAP (typically two to three weeks maximum),” she says.

“If a company is dragging its feet, they’re either not sold on you or they’re stalling because you’re a backup candidate in case somebody else doesn’t accept.”

Hirsch says that people should not settle, adding that “you’re better than being someone’s second choice”.

Lack of diversity in the interview process

Lack of diversity is an issue across many industries – and careers writer Rene Germain says it’s rare to be interviewed by other women of colour.

“To only be interviewed by men or white men of a similar age, but no women or no people of other diverse backgrounds is a red flag because it indicates to me that I will be joining a team, and probably an organisation, where there are really few people like me and it is well documented the types of issues that arise when this is the case for underrepresented employees.”

The employer arrives late to the interview

“The first thing that I would look out for is your interviewer arriving late or keeping you waiting for an unnecessary amount of time,” says Zoë Morris, president of Frank Recruitment Group. “If they cannot offer you the same courtesy they would expect themselves, it’s a big indicator that they probably don’t value your time.”

Morris says an interviewer should be fully prepared for an interview, which includes reading your CV beforehand and being knowledgeable about the position you are applying for.

“If you go into an interview and the interviewer has no idea who you are or what role you are applying for, it is a definite red flag,” she warns.

They don’t get back to you in a timely manner

“If a company is not able to share their hiring decision with you in a timely manner, don’t be surprised if their internal processes are also drawn out and inefficient,” says Liu.

Pressure to accept the role upon receiving an offer

“If you have been successful in the application process and you are offered the job, being pressured to accept the role is a big red flag, especially if you have only been given one or two days to look over the offer details,” says Germain.

“Most companies should understand that you might have other offers that you may want to consider and they should want a candidate who really wants to be part of their organisation. Sending out the offer details and then pressuring you to accept makes me think there are details they want you to skirt over and maybe miss.”

So the next time you are prepping for that big interview, take a breath. The interview process is just as much about the company jelling with you as it is you jelling with them.

28/04/2022 Lifestyle Comments Off on Prepping for your next job interview? These are the red flags to look out for, according to experts
Lifestyle