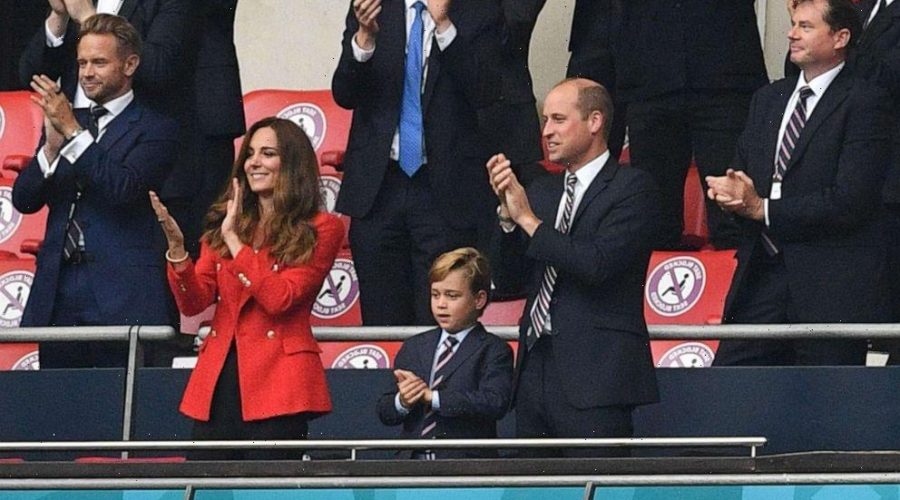 Being a prince has its perks!

Prince George and his parents, Prince William and Duchess Kate, were photographed at London’s Wembley Stadium on Tuesday, where they watched England take on Germany as part of the European Football Championship.

For the occasion, the 7-year-old wore a suit with a striped tie, which seem to have been perfectly coordinated with the Duke and Duchess of Cambridge’s outfits.

Prince George seemed to bring some luck to his country’s soccer team, too: they won 2-0.

As president of England’s Football Association, Prince William, 39, often attends games. Prince George had been photographed wearing an England soccer jersey in 2019. He has also been spotted playing the sport with his siblings, Princess Charlotte, 6, and Prince Louis, 3.

Unsurprisingly, the royals appeared to have a great time at the game, tweeting afterward: “Incredible performance @England!”