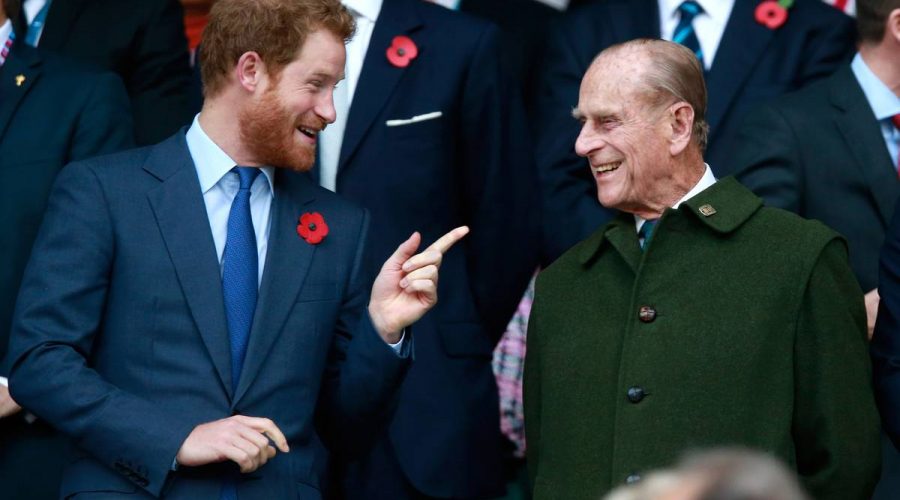 Princes William and Harry have paid tribute to the Duke of Edinburgh, with touching statements about the loss of their grandfather.

William pledged to “get on with the job” as Prince Philip would have wanted, while Harry described the duke as “a man of service, honour and great humour”.

In a statement issued through his foundation Archewell, Harry said: “My grandfather was a man of service, honour and great humour. He was authentically himself, with a seriously sharp wit, and could hold the attention of any room due to his charm – and also because you never knew what he might say next.

“He will be remembered as the longest-reigning consort to the Monarch, a decorated serviceman, a Prince and a Duke. But to me, like many of you who have lost a loved one or grandparent over the pain of this past year, he was my grandpa: master of the barbecue, legend of banter, and cheeky right ’til the end.

“He has been a rock for Her Majesty The Queen with unparalleled devotion, by her side for 73 years of marriage, and while I could go on, I know that right now he would say to all of us, beer in hand, ‘Oh do get on with it!’

“So, on that note, Grandpa, thank you for your service, your dedication to Granny, and for always being yourself. You will be sorely missed, but always remembered – by the nation and the world. Meghan, Archie, and I (as well as your future great-granddaughter) will always hold a special place for you in our hearts.

The Latin phrase means By Land, By Sea and is the motto of the Royal Marines.

Prince William’s significantly more sombre tribute said he would miss his ‘extraordinary’ and ‘mischievous’ grandfather whose 99-year life was ‘defined by service’.

The Duke of Cambridge also released a new photograph, taken by his wife Kate, of a then 2-year-old Prince George with his great-grandfather in one of his beloved carriages on the Sandringham Estate in Norfolk in 2015.

Meanwhile, the former first minister of Scotland Alex Salmond has claimed the Duke of Edinburgh enjoyed nothing more “than a good argument” and he would have not appreciated a week of national mourning.

Salmond was speaking at an Alba campaign event in the Scottish capital despite opposing parties suspending their operations out of respect for the duke’s passing.

He said: “The Duke of Edinburgh – it won’t surprise anyone to know – was not one of the foremost advocates of Scottish independence I’ve ever met.

“But I found the disagreements enjoyable, he did as well.

“To me, at least, he seemed to enjoy nothing more than a good argument – and a forthright argument.

“One thing I know absolutely, he was a get-on-with-life sort of person – get on with it, no maudlin sentimentality.

“An extended mourning in the country would not have been to his liking, I can be absolutely certain about that.

“He would have wanted folk to get on with their lives, recognise and pay respects for a hugely long-standing public service.

“For the rest of us, his message would be absolutely, ‘get on with it’.”