The Celebrity Dad of the Year shortlist has been announced by Clas Ohlson, and the Duke of Cambridge has made the cut.

New father Prince Harry is noticeably absent from the list, but for a very good reason.

This is likely due to the fact the royal only welcomed his first child Archie Harrison with Meghan Markle a week ago, and although the public could vote for prospective dads, nominations closed on April 28, 2019.

Speaking about his brother becoming a dad for the first time, Prince William revealed he couldn’t wait for Prince Harry to experience parenthood.

Following the birth of his nephew, Prince William said: “I’m very pleased and glad to welcome my brother to the sleep deprivation society that is parenting.”

Don’t worry though, you’ll be able to vote for Prince Harry next year when the nominations are open.

The Celebrity Dad of the Year is a prestigious award that has been running for 16 years, and honours the celebrity dad who has best demonstrated his ability to balance his role as a celebrity with that of being a father.

And now the 2019 shortlist has been revealed following a public vote. 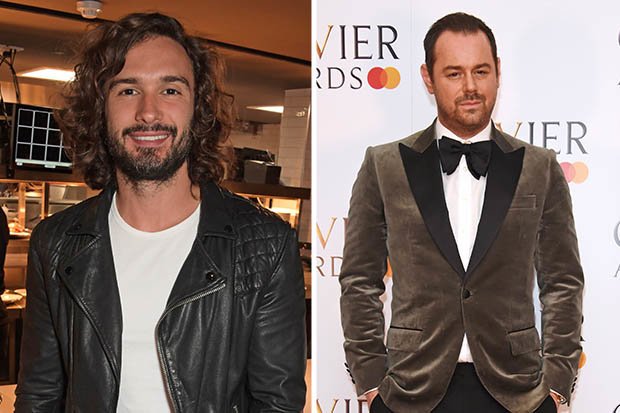 You’ll also be able to see some of the fantastic products Clas Ohlson has on offer in the run up to Father’s Day.

Briony Samuel, UK Media Manager at Clas Ohlson said: “With so many deserving dads across the nation, we couldn’t be happier to be partnering with Celebrity Dad of the Year Award 2019.

“Clas Ohlson was founded by a father, so this partnership is of huge importance for us and reinforces our trademark as a family brand, dedicated to helping people simplify life.

“Here at Clas Ohlson we have been helping families to simplify life for over 100 years and parenthood is at the heart of what we do!”

Here is the full shortlist: