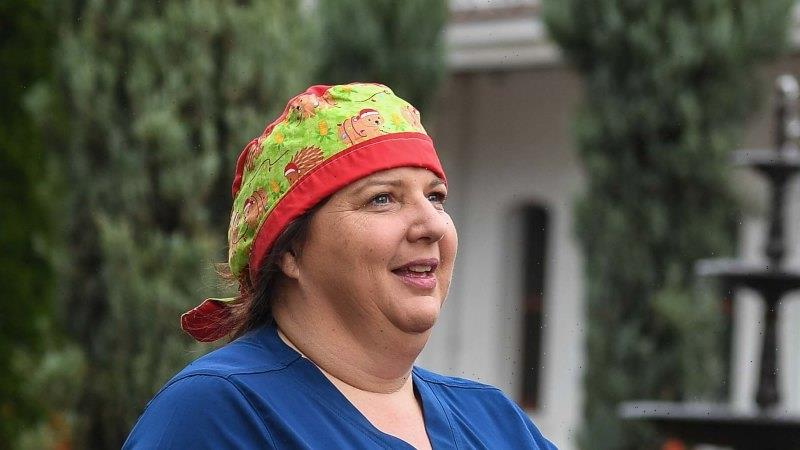 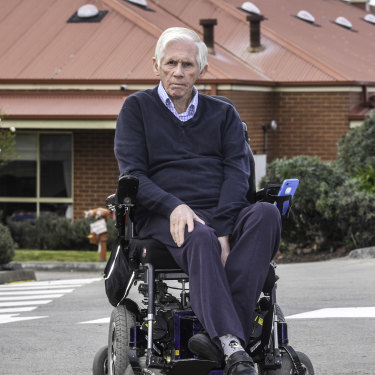 Jack Ogilvie, a resident at Japara Goonawarra in Sunbury, where 20 people died and 123 residents and staff were infected in July and August 2020.Credit:Justin McManus

During the worst days of last year’s aged care COVID-19 outbreaks that killed 655 Victorians, Janelle Walters had to get used to something that wasn’t usually in her workplace each day: a morgue.

Walters manages a unit at Royal Melbourne Hospital where elderly people come for assessment and treatment after acute care, before going home or into a nursing home. They don’t come for end-of-life care. Last year, coronavirus changed that. 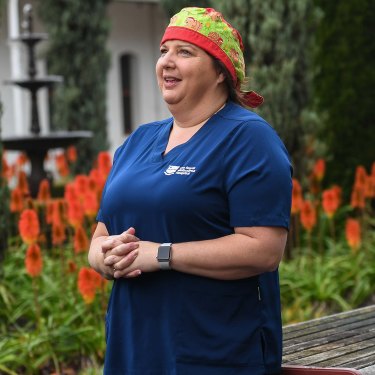 Janelle Walters is head of a nursing unit at Royal Melbourne Hospital’s Royal Park campus. Last year she contracted coronavirus while helping out in a private aged care home.Credit:Joe Armao

“We had a makeshift morgue set up. The lay person wouldn’t have known what it was, but for those that did, it was just so bleak,” says the 52-year-old.

When coronavirus numbers rose in aged care last May, Walters and fellow managers mapped out how to deal with the coming wave.

What if, they speculated, 20 per cent of their workforce was out because of coronavirus?

“We didn’t plan for what would happen if 95 per cent was not able to come to work,” says Walters.

Her two-storey Sunbury home was transformed into a makeshift COVID-19 ward – downstairs for her husband, who stayed COVID-free, upstairs for her.

“He was amazing,” she says. “He cooked meals and slid them onto the top step. Everything I touched was swabbed down before it went back downstairs.”

Walters was not admitted to hospital, but getting out of bed was impossible some days. “I would take the flu any day over COVID,” she says. She still feels lethargic some days.

Almost harder were her family’s worries. “My nephew got really upset and wanted to know when I would die. We had to do FaceTime every day.”

By August, she was better and returned to work – but to a ward totally transformed by Victoria’s unfolding disaster.

“Everything was fine when I went into isolation; when I came out the world had gone mad.”

Her workplace was now a “hot” ward for aged care residents with coronavirus from private homes.

Daily she had to deal with the families of patients who tested positive. “Some would tell me there was no such thing as coronavirus,” she says. “I tested this poor woman three times because the family didn’t believe she had it.”

Walters says it easy to look back and see what could have been done better. “But before it started, we didn’t know what we didn’t know.

“When I look back at [2020] now, usually I cry because … it was so high stress and there are so many people still hurting from how it unfolded. A lot of people don’t understand.”

In the first wave of the pandemic, Walters would go shopping and would be greeted warmly.

“When I went to the supermarket in my uniform, prior to the first wave, you were a hero,” she says. “The second wave, if you went in your uniform people were, ‘Oh my god, don’t come near me.’”

Twenty residents at the home died with coronavirus, and 123 people there contracted the virus.

For Ogilvie and 110 other residents, the wave of coronavirus that hit their home was a nightmare. 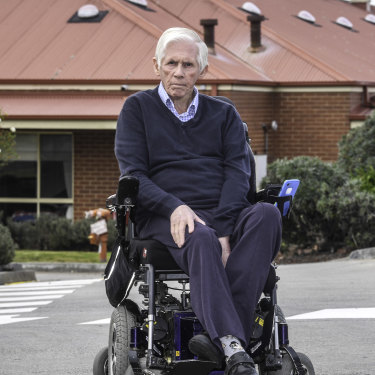 Jack Ogilvie, a resident at Japara Goonawarra in Sunbury, where 20 people died and 123 residents and staff were infected in July and August 2020.Credit:Justin McManus

“We had people dying all around us. You didn’t know if you were going to be next,” says Ogilvie, a former mayor of Hume, who had a stroke in 2015. “You would go to bed at night and think, ‘Am I going to wake up with coronavirus?’”

Staff at Ogilvie’s home have a better handle now on how to combat the virus, and all residents have been vaccinated. “So it’s not as frightening,” he says.

Last year, though, was simply terrifying, he says. “You would hear, ‘Oh Fred, he died last night.’ You knew this was a mongrel of a virus and it would get you if you gave it half a chance.”

He says that during the worst of the outbreak, “you would ask how so-and-so was going. And the nurse would say, ‘Oh no, he died a week ago.’”

Restricted to his room for eight weeks of isolation, Ogilvie had a three-kilogram weight that he would move around his room, lifting it to keep himself strong.

At his lowest point during this lockdown, he sat with a nurse one night. “I said, ‘I reckon I want to die.’”

Ogilvie has a lung issue, making him among those most vulnerable. “I thought, ‘I’m a Monty for it.’ I wrote my wife a two-page letter telling her how much I loved her, and how much I love our girls.”

Ogilvie tells his story on a phone from his room – a room that once belonged to his friend Pete, who died last year with coronavirus.

“Pete was a lovely bloke,” he says. “He was about 80. We always had a bit of a bond. We would talk about football, cricket, just the normal sorts of stuff blokes talk about. He was as good as gold before he got COVID.”

On the last Sunday in May, Victorians learnt coronavirus was back in aged care: a worker at a home in Maidstone had tested positive.

Cases at the Maidstone home, run by Arcare, started multiplying. Then, it was discovered the worker had passed the virus to staff at another home, Bluecross Western Gardens in Sunshine. 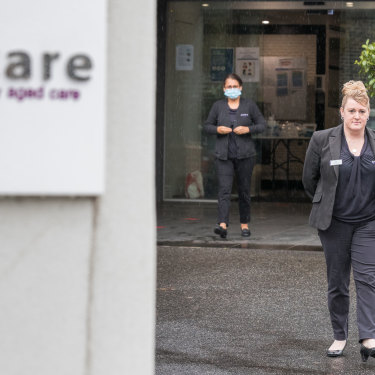 Arcare Maidstone had a coronavirus outbreak last month. It spread to 10 people, but was brought under control. Jennifer Henare (centre with fellow staff members Debbie Pyster and Marlene Desouza) is the home’s manager.Credit:Jason South

But the spread was stopped – probably thanks to the staff at Arcare, to better preparation by state and federal governments, and to vaccinations. Now, many in aged care are hoping this is the new reality – that outbreaks can be curtailed and the mass deaths of 2020 are behind us.

Staff at the Maidstone home had been surprised by a worker testing positive; she’d had no symptoms at work, and community case numbers were low.

Then, the home worked with the Commonwealth’s “surge” nursing workforce to replace Arcare’s 90 staff furloughed by being close contacts.

Within a fortnight, the outbreak had spread to 10 people: the original staff member and four of her workmates, two of their relatives, and three residents.

Arcare state operations manager Kylie Thomas says a key difference this time was transferring COVID-positive residents to hospital immediately. In 2020, hospitals either declined to take positive cases or were already handling as many as they could cope with.

Residents going straight to hospital meant they were well cared for, and freed up resources at the home to stop the virus spreading, Thomas says.

Arcare’s homes – like 58 others in Melbourne – had multiple deaths last year, and Thomas says the absence of resident fatalities this time points to vaccinations being key to containing the virus.

“If anyone out there is questioning whether they should be vaccinated or not, in order to protect vulnerable senior Australians, it works,” she says.

Jennifer Henare, manager of the Maidstone home, says residents are now able to leave their rooms and use communal areas after 23 days in isolation.

When the outbreak was declared over this week without any loss of life, “it was a day of joy and relief”. There were, says Henare, “smiles and a few tears of happiness”.

The happiness, she says, was simple: “We can get back to normality.”