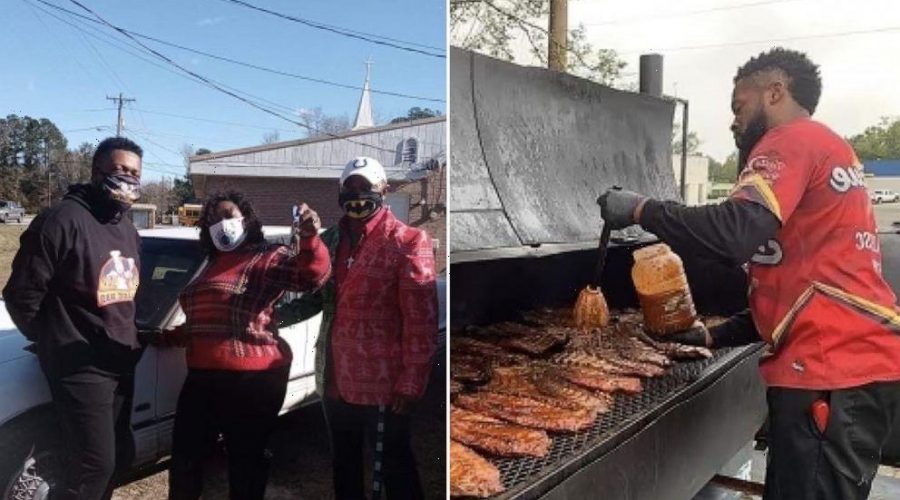 Eliot Middleton is a man on a mission to make sure every person in his rural community can get where they need to go with their own car.

Middleton, 38, is a resident of McClellanville, a small fishing town in South Carolina. He owns his own restaurant, Middleton & Maker Village BBQ, in a neighboring town.

In 2019, while running a Thanksgiving food drive, Middleton said he noticed that many of the people that lined up to get food walked miles to the destination. By the time they got there, he said the food had run out and they were forced to walk back with nothing.

After seeing the need for cars, Middleton had a lightbulb moment. Middleton’s father worked as a mechanic and he learned how to fix cars at an early age. He decided to use his trade to help the people in his community.

Co-workers donate their kidneys to save each other’s husbands

“If you don’t have a car to use in rural areas there’s nothing you can do,” Middleton said. “Transportation is key in these areas. I want to make sure that the small guys [in] the areas that everybody forgets about, I want them to be able to be comfortable. It’s nothing special. It’s just being able to have the everyday necessitates.”

Soon after, he made a Facebook post saying he was looking for old cars to fix up for people in the community. He began working on the ones he received in his backyard in his spare time from running the restaurant.

Since that first post, he has received over a hundred car donations. Taking their parts, he was able to donate his first car in September 2020 and has donated 33 cars to date to people in need. Each recipient has been nominated by a friend or neighbor through social media messages, and has been completely surprised with their new car, he said.

“To know that I’m helping to change lives … that’s a reward in itself,” Middleton said. “It’s a feeling that, you know, no money, no acknowledgement or anything can put that inside your soul.”

A fundraiser Middleton set up online to help with the cost of repairing cars has already raised over $125,000.

Middleton has named his mission the Middleton Village to Village Foundation and hopes to one day move his operation to a building and start repairing cars for people all over South Carolina. He then hopes to expand to help people in rural communities across the country.

“If you can just fix one problem to somebody it gives them hope,” Middleton said. “Don’t think that something that you do, don’t think it won’t affect someone in a great way. Because the small things is what adds up. So just do whatever you can.”