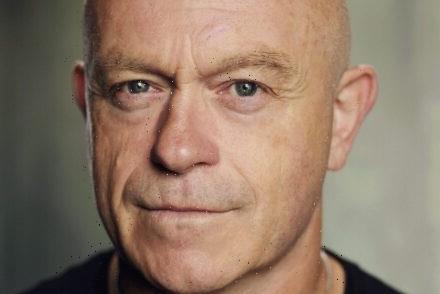 Ross Kemp is returning to acting after 15 years for a Channel 5 police thriller that features on an upfront slate with Tim Peake, Ruby Wax and Jay Blades.

The EastEnders star will lead Clapperboard’s police thriller Blindspot for the Paramount-owned network. Kemp’s Tony Warden will help a disabled woman with a wry sense of humor, Hannah, played by newcomer Beth Alsbury, who believes she has witnessed the prelude to a murder while monitoring the CCTV on a rough estate.

Kemp made his name playing Grant Mitchell in BBC soap EastEnders in the 1990s and 2000s but has since moved to helm factual programs, including his cult Ross Kemp on Gangs series.

Blindspot features on a 40 hour slate unveiled by Paramount UK Chief Content Officer Ben Frow in London this evening, with another drama, The Inheritance, also revealed, about siblings who are left reeling following the unexpected death of their father (Larry Lamb). Robert James-Collier, Gaynor Faye and Jemima Rooper all star.

The network, whose commissioners also oversee Paramount+ in the UK, has doubled down on factual shows with the likes of Tim Peake: Secrets of Our Universe, which will see the world famous astronaut share his unique personal experience exploring the mysteries of the world and beyond.

In Ruby Wax Castaway (working title), the famous interviewer will experience life as a true castaway on a remote uninhabited island, while Jay Blades: History of the East End charts the Repair Shop star’s journey to discover why his home is so extraordinary.

There are also shows for Pointless host Alexander Armstrong, who heads to Sri Lanka, and an undisclosed project from Monty Python star Michael Palin.

Wife on Strike, meanwhile, will lift the veil on domestic life in the UK as wives hand over soul responsibility for their domestic lives to their husbands.

“Our aim is to deliver an exciting, diverse and eclectic schedule of originated content for our viewers that reinforces our public service remit, whilst demonstrating how the creative and the commercial can work hand-in-hand to make exciting and rewarding television” said Frow.

“And of course, it always helps to be working with such stellar talent.”