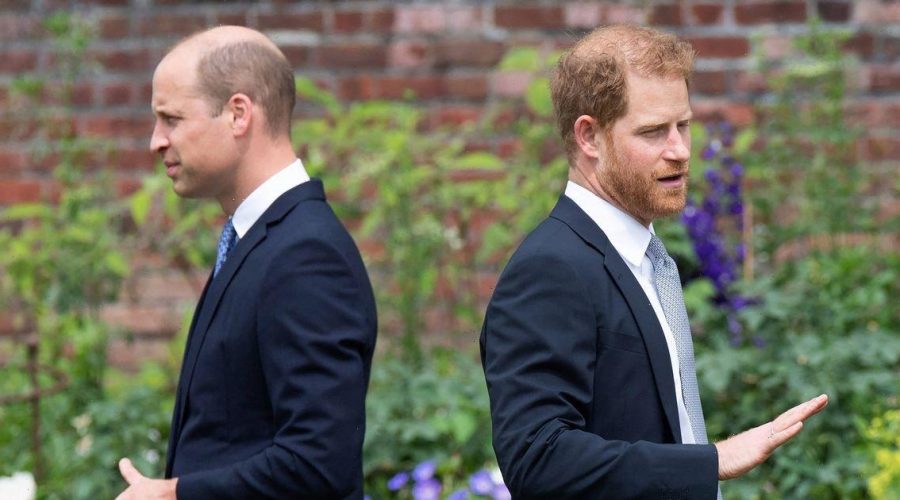 The BBC Two series, The Princes and the Press , explores the royal family’s relationship with the media – focusing on Prince William and Kate Middleton, Prince Harry and Meghan Markle.

Episode two airs next Monday and it’s said that within palace walls, senior officials are worried sick about it.

According to the Express, the palace is concerned that the documentary will include claims that courtiers leaked the Sussexes’ plans to step down from their royal duties.

It’s unknown just how their plans to move to Canada were uncovered in January last year, but officials fear the documentary will allege that William’s staff were somehow involved in the leak.

It’s no secret that William and Harry have been at loggerheads for years.

According to royal expert Katie Nicholl, the brothers’ feud began around Christmas 2018, when Harry told William he wasn’t doing enough to include Meghan in the royal family.

Since then, the Sussexes have made allegations of bullying and racism taking place behind palace doors.

The series, hosted by Amol Rajan, included suggestions that courtiers also leaked negative stories about Meghan, 40, and that there was competitiveness between the Cambridges and Sussexes.

She said: “Those stories were false. This narrative that no one can work for the Duchess of Sussex, she was too difficult and demanding as a boss and everyone had to leave, it’s not true.”

After the episode aired last Monday, Buckingham Palace, Clarence House and Kensington Palace made the rare decision to issue a joint statement slamming the show.

But, strangely they didn’t pinpoint exactly who, or what, they were unhappy about.

The statement read: “A free, responsible and open press is of vital importance to a healthy democracy. However, too often it is overblown and unfounded claims from unnamed sources that are presented as facts and it is disappointing when anyone, including the BBC, gives them credibility.”

Ahead of episode two, senior officials are said to be worried that it’ll include claims that the brothers used their advisors to brief against each other.

Insiders at the Royal Households were said to be furious at the fact that they weren’t able to view the two-part programme before its release.

It’s also been claimed that William banned aides from briefing against family members after seeing the tragic fall-out of his parents’ actions when he was a child.