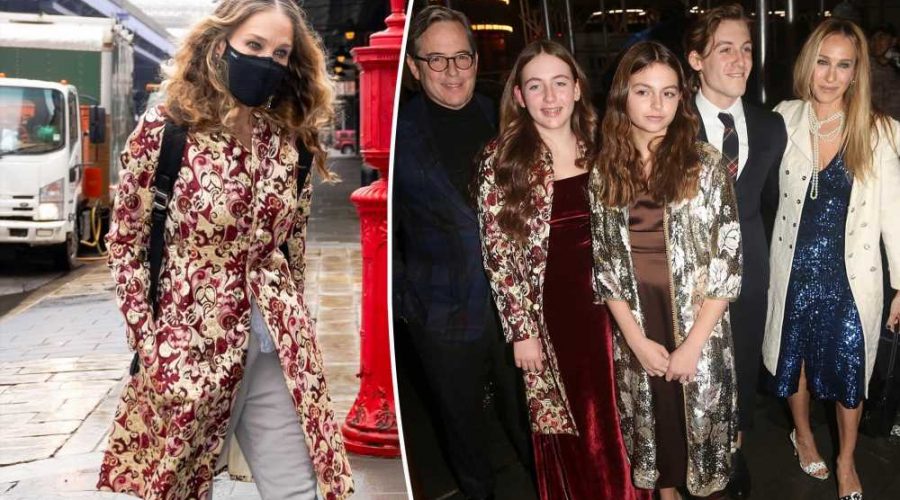 Sarah Jessica Parker, Matthew Broderick bring three kids to ‘Some Like It Hot’

Sarah Jessica Parker’s daughters are following in her fashion footsteps.

The “Sex and the City” star and husband Matthew Broderick brought their three children out for a rare public appearance at the premiere of “Some Like it Hot” on Broadway last night, and Marion, one of the couple’s 13-year-old twin daughters, copied Parker’s style in a brocade floral coat that belongs to her famous mother.

Parker, 57, wore the cream-and-burgundy floral jacket while out and about in March 2021, pairing the coat with rolled-up gray sweatpants and a pair of much fancier shoes — a rhinestone buckled version of the Mary Jane style ($385) from her SJP by Sarah Jessica Parker line.

The “And Just Like That” actress’ daughter, on the other hand, jazzed the coat up with a stunning maroon velvet dress. Marion wore her brunette hair in soft waves and added a simple pair of stud earrings to accessorize her look. 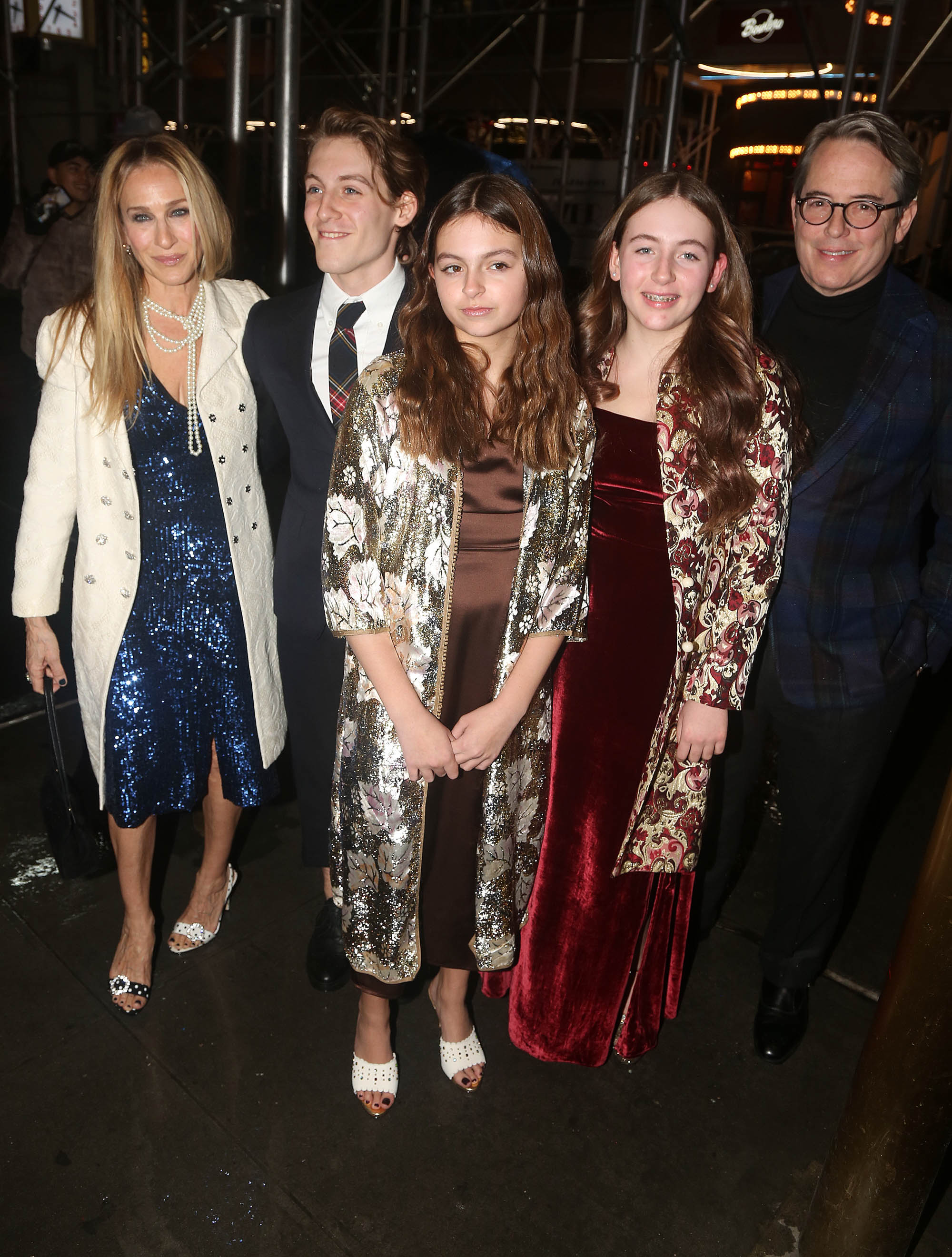 She wore a silky brown dress underneath, adding open-toe white mules that echoed Parker’s footwear, though the star channeled Carrie Bradshaw’s sensibility with one white and one black slingback. 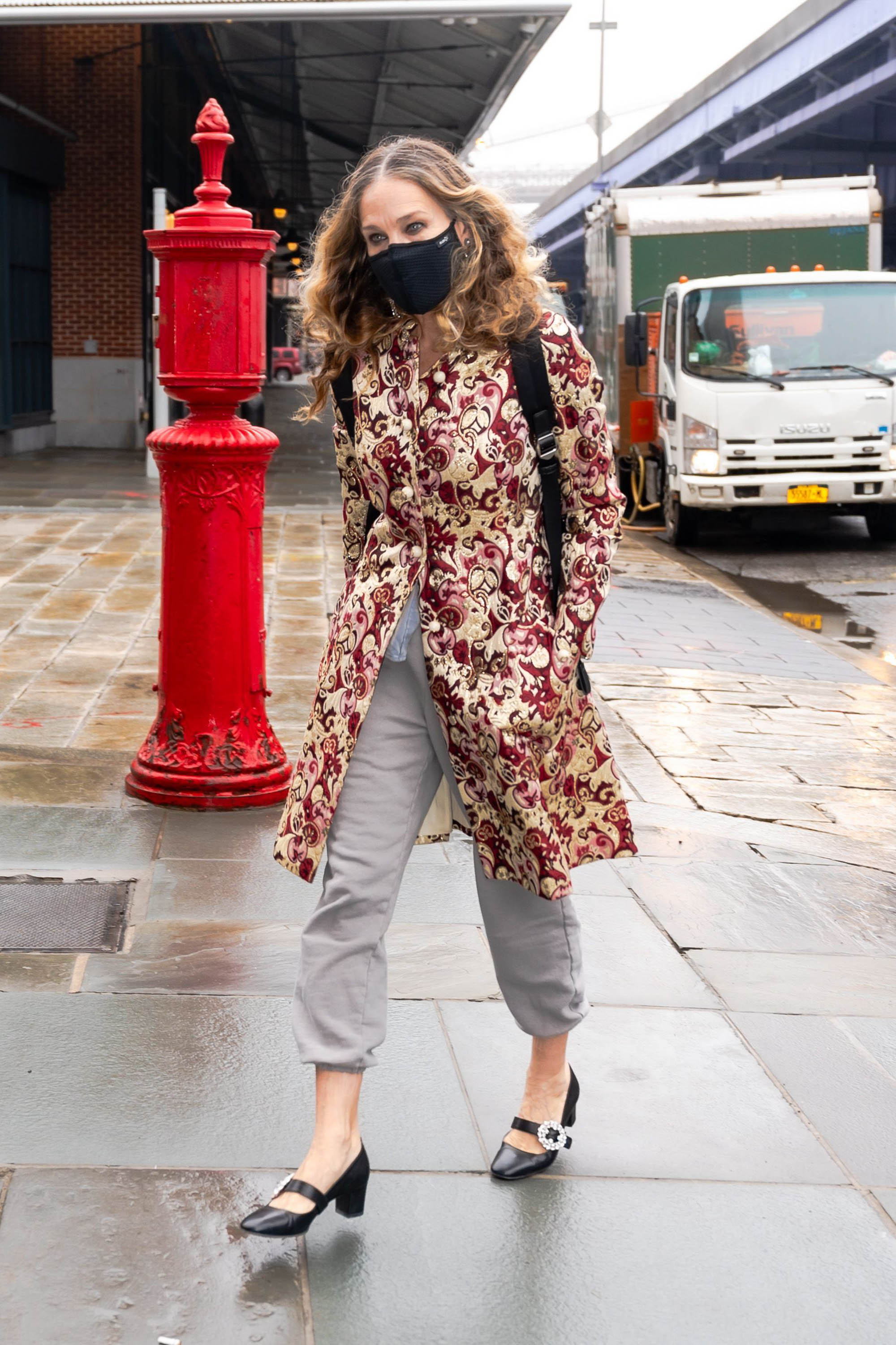 Meanwhile, the proud mom looked ready for a night on the town in a navy sequin dress under a white coat paired with a long strand of pearls.

The men in SJP’s life, Matthew, 60, and James, 20, looked smart in suits as they attended the Broadway show for their family outing. 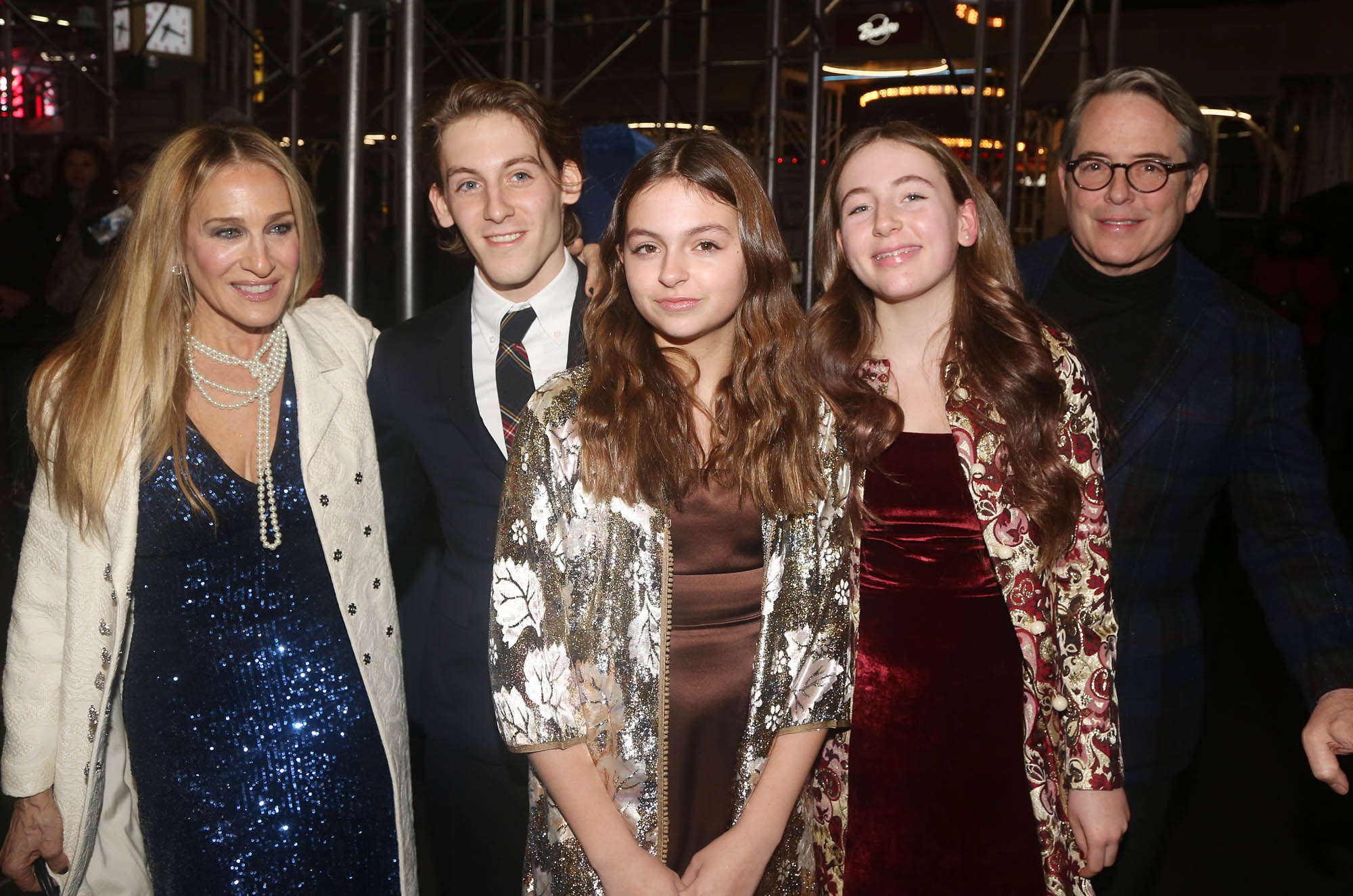 While fans don’t often get a glimpse of the Broderick kids, they’ve walked the red carpet to support their parents several times in the past year. 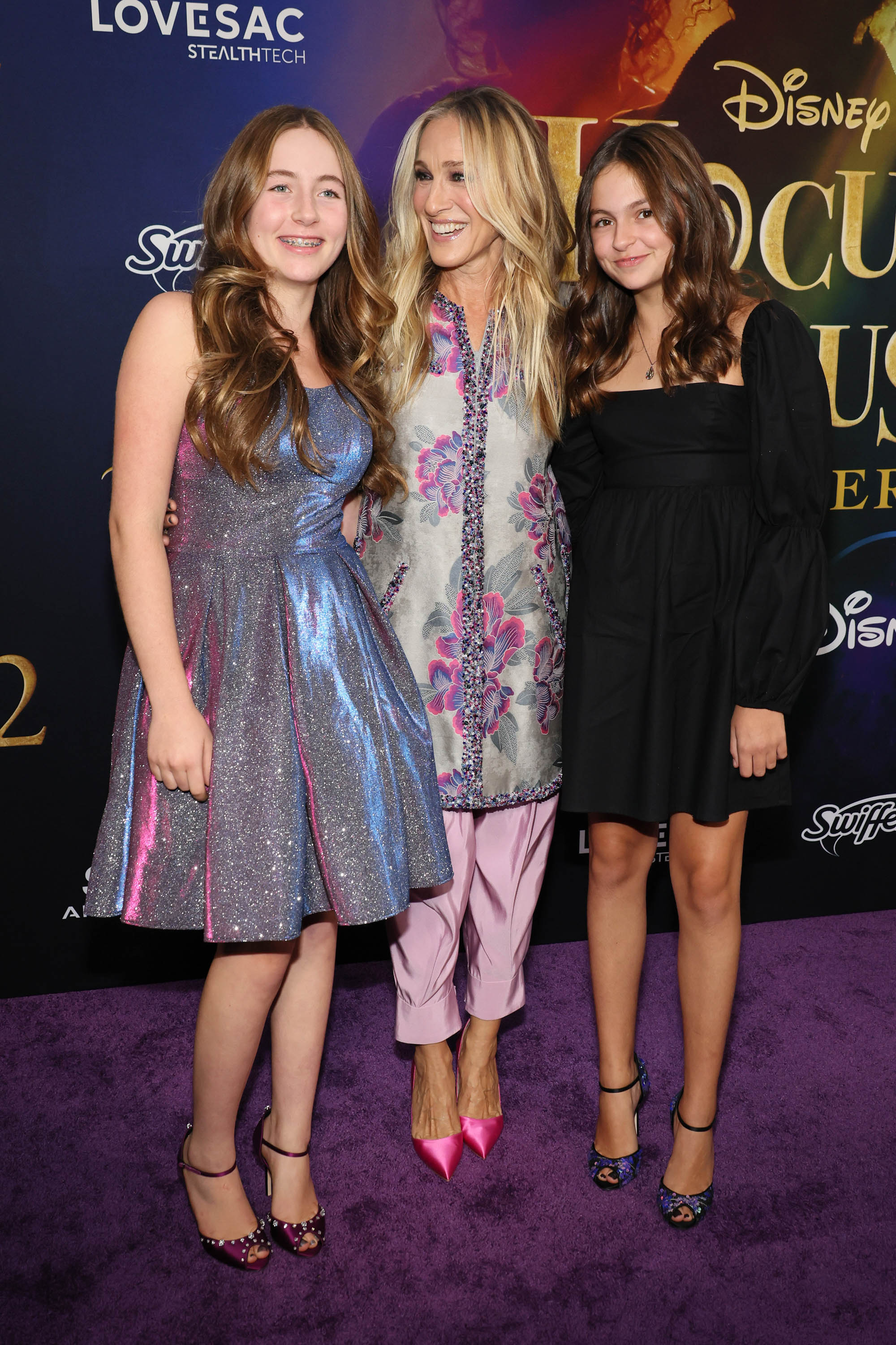 Marion and Tabitha joined their mom to mark the return of “Hocus Pocus” this fall. 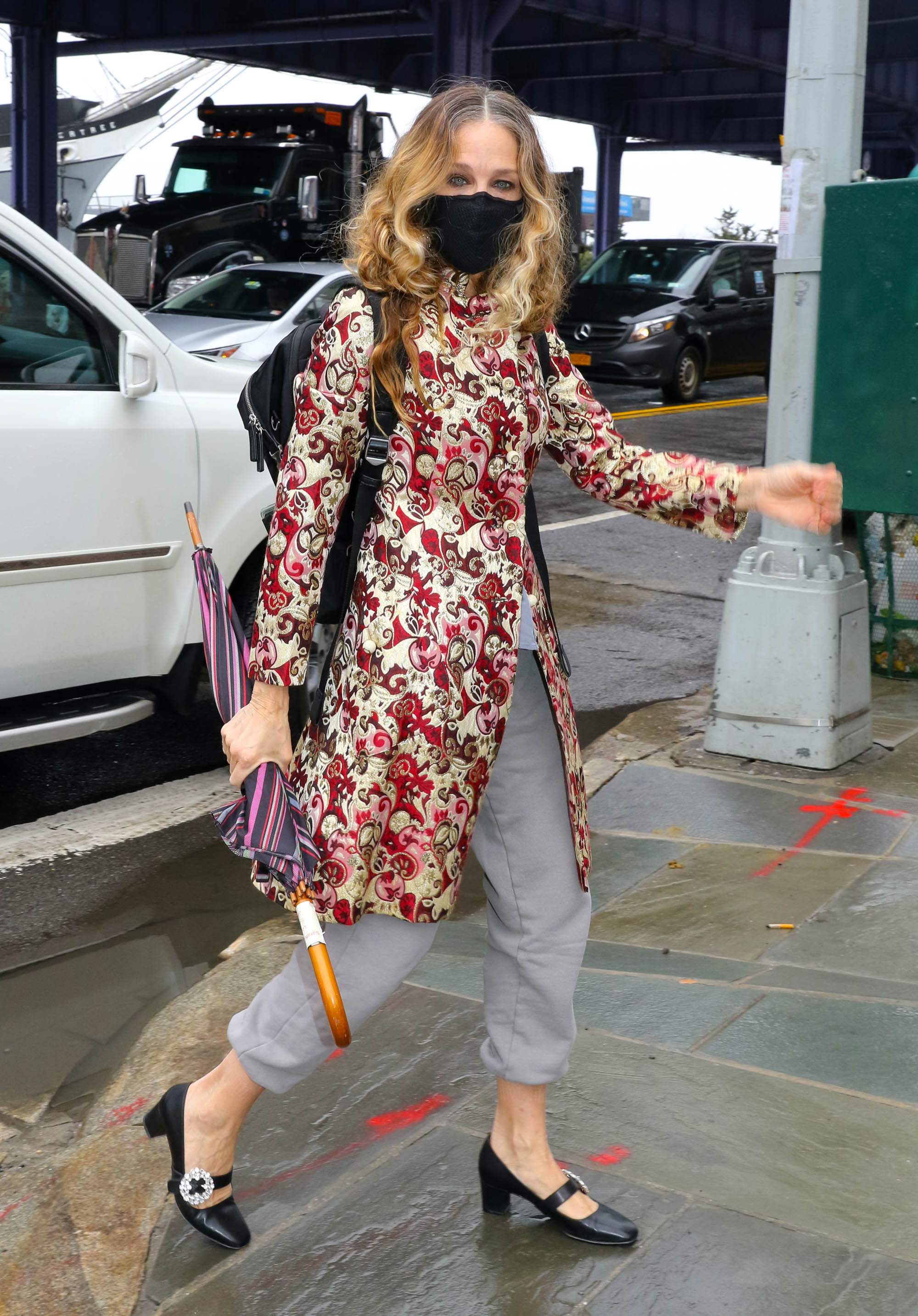 Parker sported the coat worn by Marion last night while out and about in NYC last February. 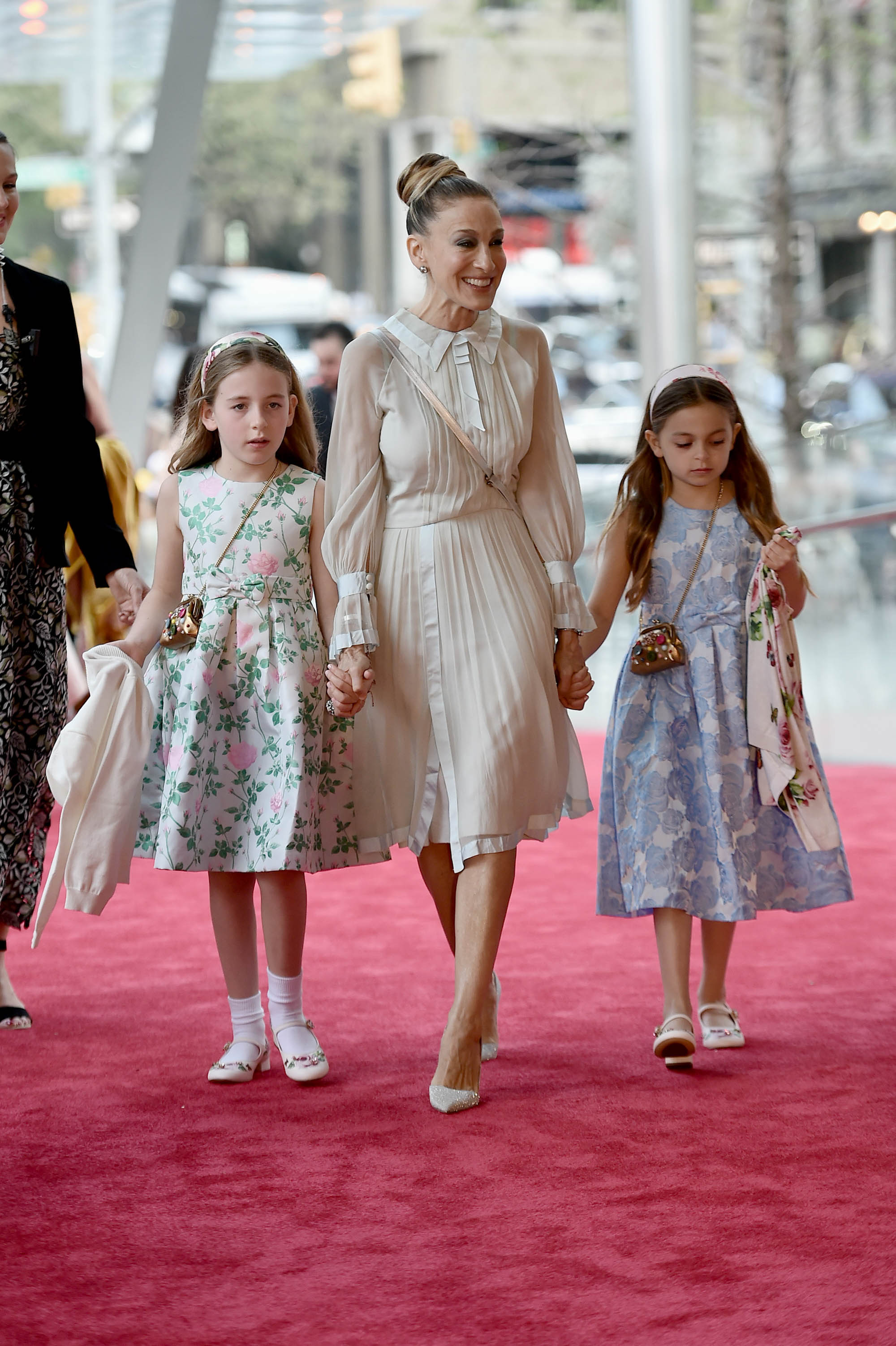 The girls attended a New York City ballet gala with Parker in 2018. 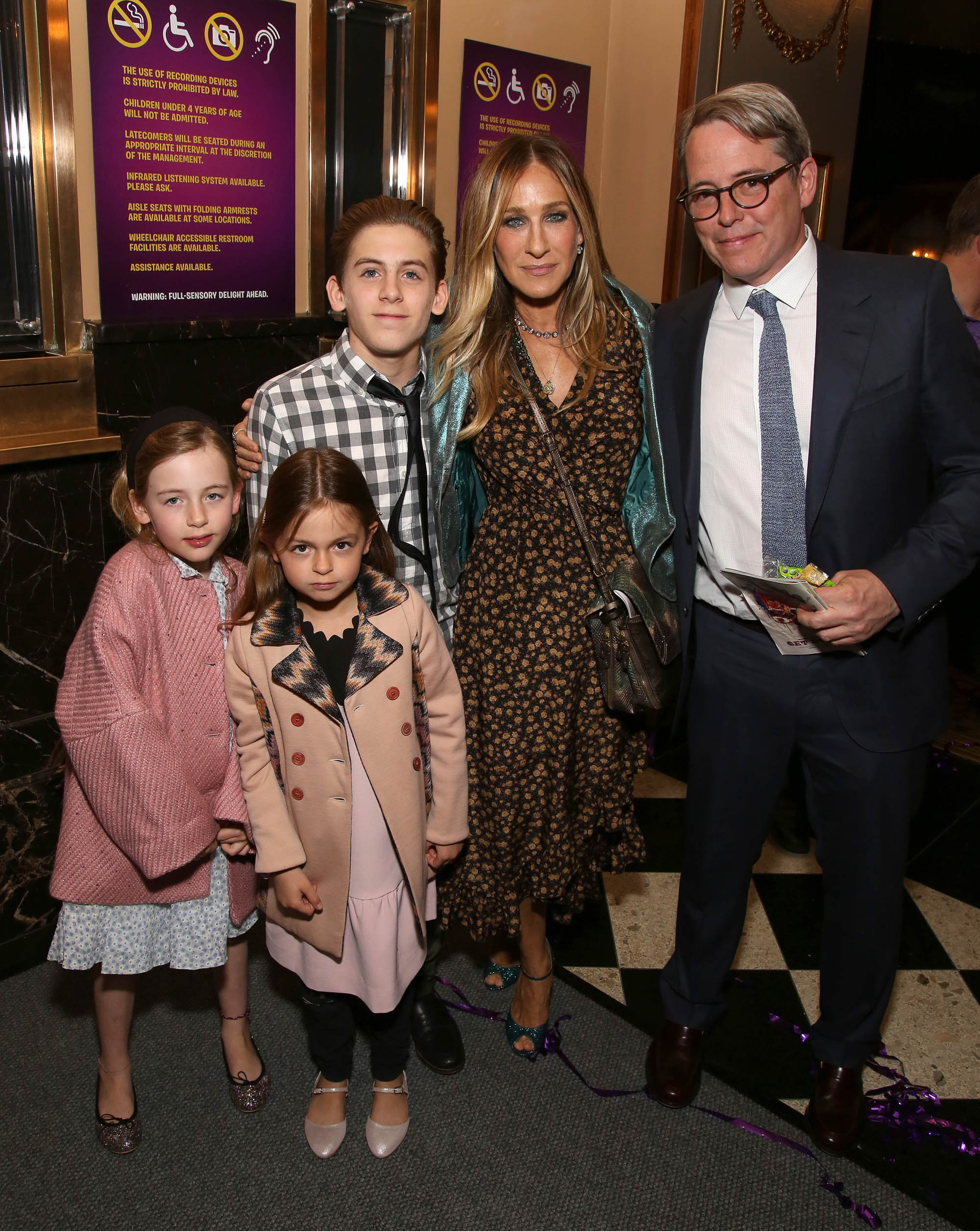 In 2017, the family attended the premiere of another musical, “Charlie and the Chocolate Factory.” 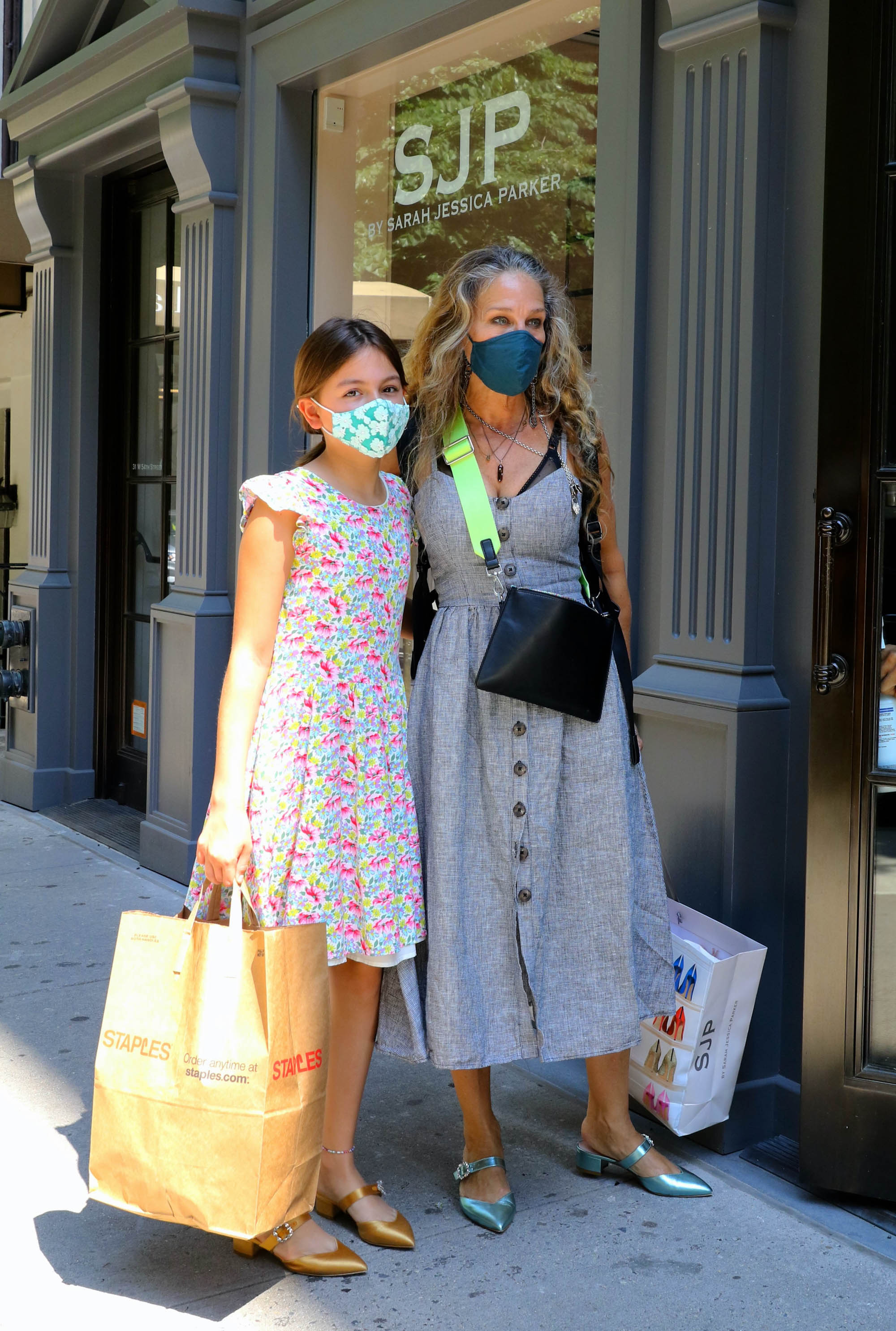 Tabitha posed with her mom outside the SJP by Sarah Jessica Parker store in New York last summer.