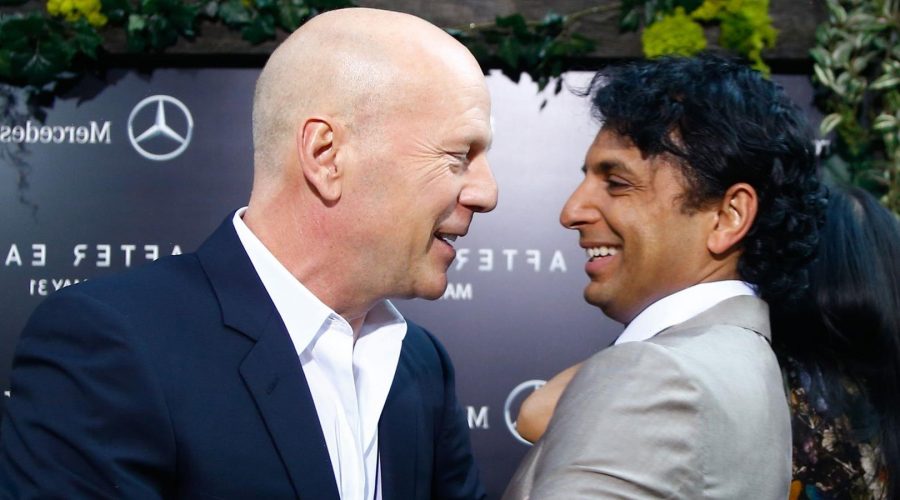 Horror films have been the establishing genre for some of the greatest auteurs of the last century. James Cameron made his directorial debut on Piranha II: The Spawning, Steven Spielberg made his with Firelight, a film about UFOs terrorizing a town, and James Wan went from directing Saw films to several Aquaman features within the Marvel franchise. The genre is one of the biggest box office draws for feature films and earns both eyes and lip service. Some directors have found ways to side step the style in favor of more drama-centric productions. But others have been able to take their films and turn them into vast commercial enterprises where transitions from director to producer have established film empires that rival the most mogul of businessmen.

RELATED: Ranking All The Movies In The Halloween Franchise By How Much They Grossed

This list concerns the later, filmmakers that have been able to cash in on their ability to create tension and draw attention. They have turned small budget feature films into new sub genres. They have taken the medium and inserted their message and in return have built monopolies and franchises and self-sustaining revenue streams that have gone on to fund passion projects and astonishing net worths. Here are 10 directors who have forged horror into million-dollar empires. They are the most successful horror directors of all time.

Andy Muschietti is best recognized for having directed both It and its accompanying sequel It: Chapter II. In 2017, It became the highest grossing horror film of all time and still remains so today. The film made over $700 million at the worldwide box office. It: Chapter Two wasn’t far behind either, drawing over $470 million. His directorial debut was the 2013 film Mama which earned over $148 million at the box office. In addition to making the Marvel jump like many other horror directors, Muschietti is also attached to an Attack on Titan feature film, a collaboration with producer David Heyman, known for the Harry Potter and Fantastic Beasts franchises.

M. Night Shyamalan made himself known within the film world after he made The Sixth Sense. The film captivated audiences and commanded multiple viewings, ultimately making Bruce Willis the highest paid actor for any single role on the film. Shyamalan continued to work in the medium, directing Signs, Lady in the Water, and The Village which all featured a similarly structured style. But Split was Shyamalan’s highest grossing horror film, earning over $278 million at the global box office. The film was a part of Shyamalan’s own franchise that included the films Unbreakable and Glass. His most recent production, Old, will be released July 23, 2021 and is described as a “chilling, mysterious new thriller” by Universal Pictures.

Steven Spielberg is known as a true master of the craft. His films are arguably some of the most well-produced and consistent throughout anyone’s career. As a producer of over 181 different films, it comes as no surprise that his net worth is well over $3 billion. But as a true pioneer of sci-fi films and horror, he has maintained his interests and endeavors. His debut was a small-production about UFOs and his 2004 film War of the Worlds made over $600 million. But his highest grossing horror endeavor to date is the genre-establishing Jaws which made over $470 million back in 1975. The film spawned a franchise that spanned four films and earned over $1.14 billion.

While Avatar can be viewed as eco horror film alongside The Birds, Gasland, and Attack of the Killer Tomatoes, it was the cyber-terror film The Terminator that launched Cameron’s first franchise. His next film was Aliens as part of the Ridley Scott-started series. Now, he has revolutionized filmmaking, having Avatar 2, 3, 4, and 5 all in production until the year 2028.

Tim Burton has crafted horror into sensitive silliness that only comes from a painter and artist. He has ventured into every sub section of the genre, directing films about aliens, ghosts, Halloween, Frankenstein, and even a production about another horror film director. His films also draw a large audience out to the theaters (Batman earned over $100 million at the box office and The Nightmare Before Christmas earned over $75 million). But his highest grossing horror endeavor was 1990’s Sleepy Hollow which earned over $200 million, making it on of the highest grossing horror films of all time.

Jordan Peele had established a successful career as an actor, comedian, and sketch comedy star through his work on Key and Peele, MADtv, and Children’s Hospital. He distinguished himself an auteur of horror when he released Get Out in 2017. The film not only earned him an Academy Award for Best Original Screenplay, but also made over $250 million at the world-wide box office. He followed it up with several other horror endeavors including Us and an adaptation of the series The Twilight Zone. His next feature is heavily guarded by secrecy but is expected in 2021 and features a cast of Steven Yeun, Daniel Kaluuya and Keke Palmer.

Rob Zombie established himself in the horror genre long before he ventured into feature films. His band White Zombie allowed him to direct several horror-inspired music videos before he made House of 1000 Corpses which set the world on fire. He was then asked to direct a reboot of the iconic horror film Halloween, a decision that earned him over $255 million at the box office. Zombie has stayed true to his name and his genre and has made his own franchise of horror as well revolving around the Firefly family including films like The Devils Rejects and 3 From Hell.

James Wan first gained attention as the director of the shot film and eventual feature, Saw. The film resulted in a franchise that has made over $873.3 million at the box office. Wan has also directed the first Insidious film as well as The Conjuring. Wan has also directed several Aquaman films for Marvel. The Saw franchise is still continuing to produce films including Spiral which just debuted on digital release on July 13, 2021. He is also the producer behind upcoming Stephen King productions of Salem’s Lot and The Tommyknockers.

Paranormal Activity was a reinvention of the found-footage film updated for a new generation. The small production budget yielded over $120 million at the box office making Peli an established figure in the horror genre almost overnight. His only other feature film to date is Area 51, a similarly-shot film about three conspiracy theorists disguised as reporters who attempt to storm the government base. He has also served as a producer on the five Paranormal Activity films which have earned over $400 million at the box office.

Anderson gained attention on the more sci-fi and action centers films Mortal Kombat and Event Horizon before making a name for himself within the horror genre. It wasn’t until he directed Resident Evil in 2002 that he gained attention, going on to helm the franchise and make other horror-inspired films such as Alien vs. Predator, Death Race, and Monster Hunter. Resident Evil is still his most accomplished endeavor as the franchise has made over $300 million adjusted for inflation and over $73 million alone for Resident vil: Apocalypse.

While horror serves as an immaculate entree for a career in filmmaking, it is the ability to  create a franchise, market it appropriately, and maintain consistency throughout the series that has caused these directors to be not only the most successful within the horror genre, but in filmmaking overall.

READ NEXT: 10 Highest Grossing Horror Franchises Of All Time