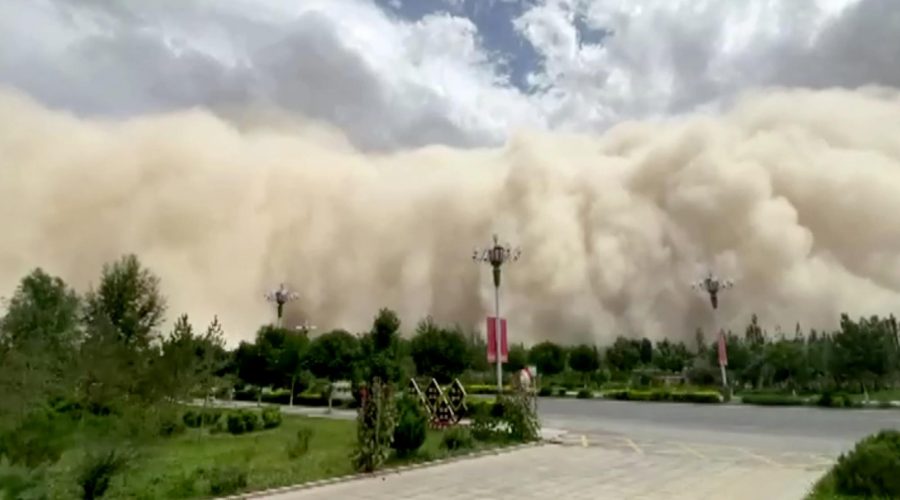 What are the health impacts of the Sahara dust storm?

Biggest Sahara dust storm in 50 years hits the US

A monstrous dust storm engulfed the Chinese city of Dunhuang on Sunday afternoon.

Residents of the northwestern city in Gansu province captured the terrifying descent of the 300-foot-high clouds of sediment, the South China Morning Post reported — a force of nature that obscured even high-rise towers as local government officials urged citizens to stay indoors, issuing a “yellow” alert to citizens.

During the storm, which had traveled from the Gobi Desert just outside of the Silk Road city Dunhuang, major roads were shut down due to decreased visibility — less than 20 feet in some areas — making it impossible to see traffic ahead. At the same time, more than 400 flights out of the city’s two main airports were canceled.

Those caught in the elements, including groups of tourists at Mingsha Mountain and Crescent Lake Nature Park, according to the Daily Mail, were forced to hunker down in place as winds tore through the unencumbered landscape, taking human possessions with them.

The ominous weather pattern lasted about 10 minutes, said witnesses, who regularly see dust storms blow in from the Gobi desert in the spring — though, rarely do they occur this late in the year. Beijing and countless other communities on the Gobi border experience similar dust storms, now increasingly common due to deforestation and soil erosion throughout the region.

China has made attempts to hinder dust storms over the years, such as planting a “great green wall” of trees in order to divert a storm’s movement, according to the Australian Broadcasting Corporation. 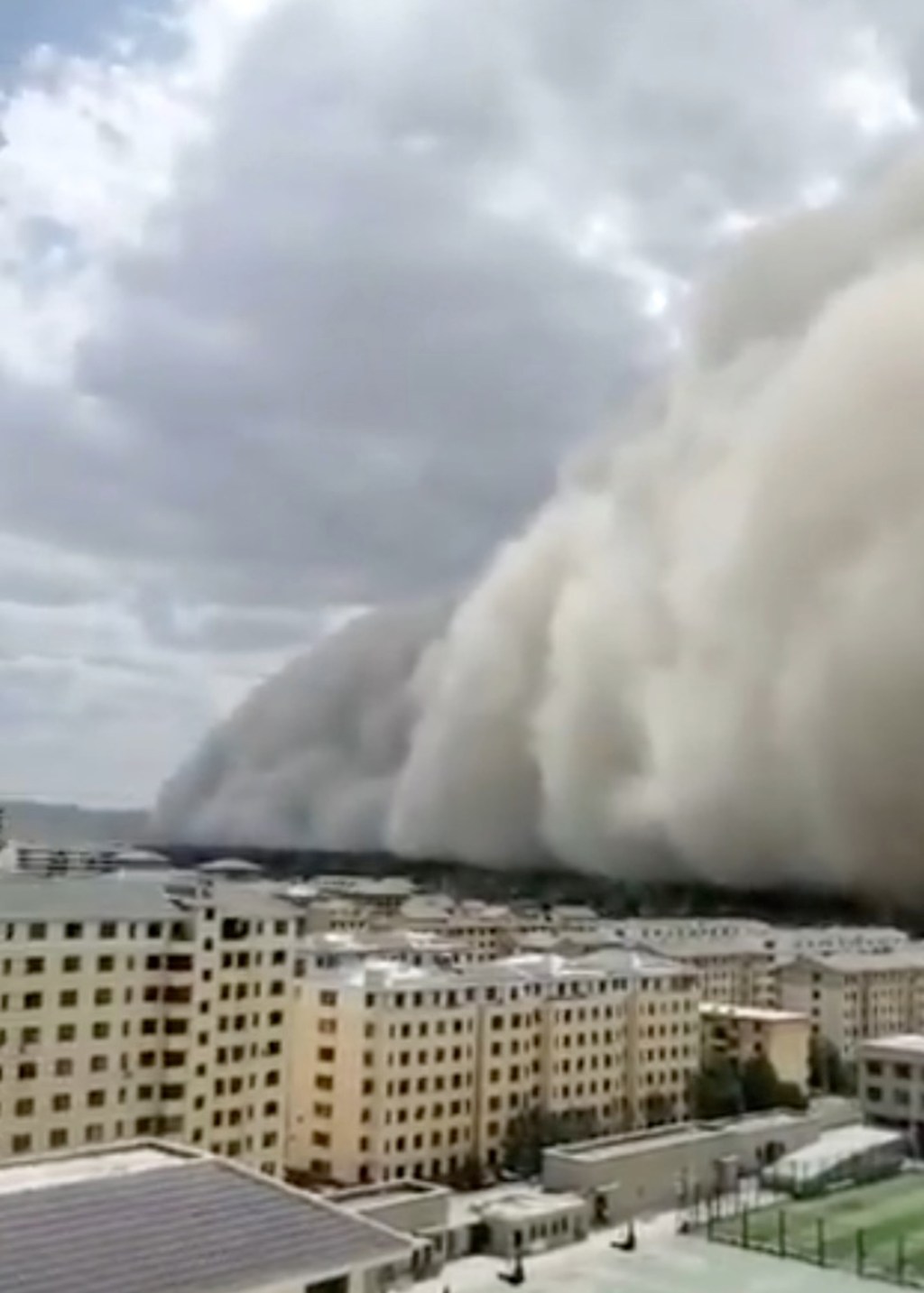 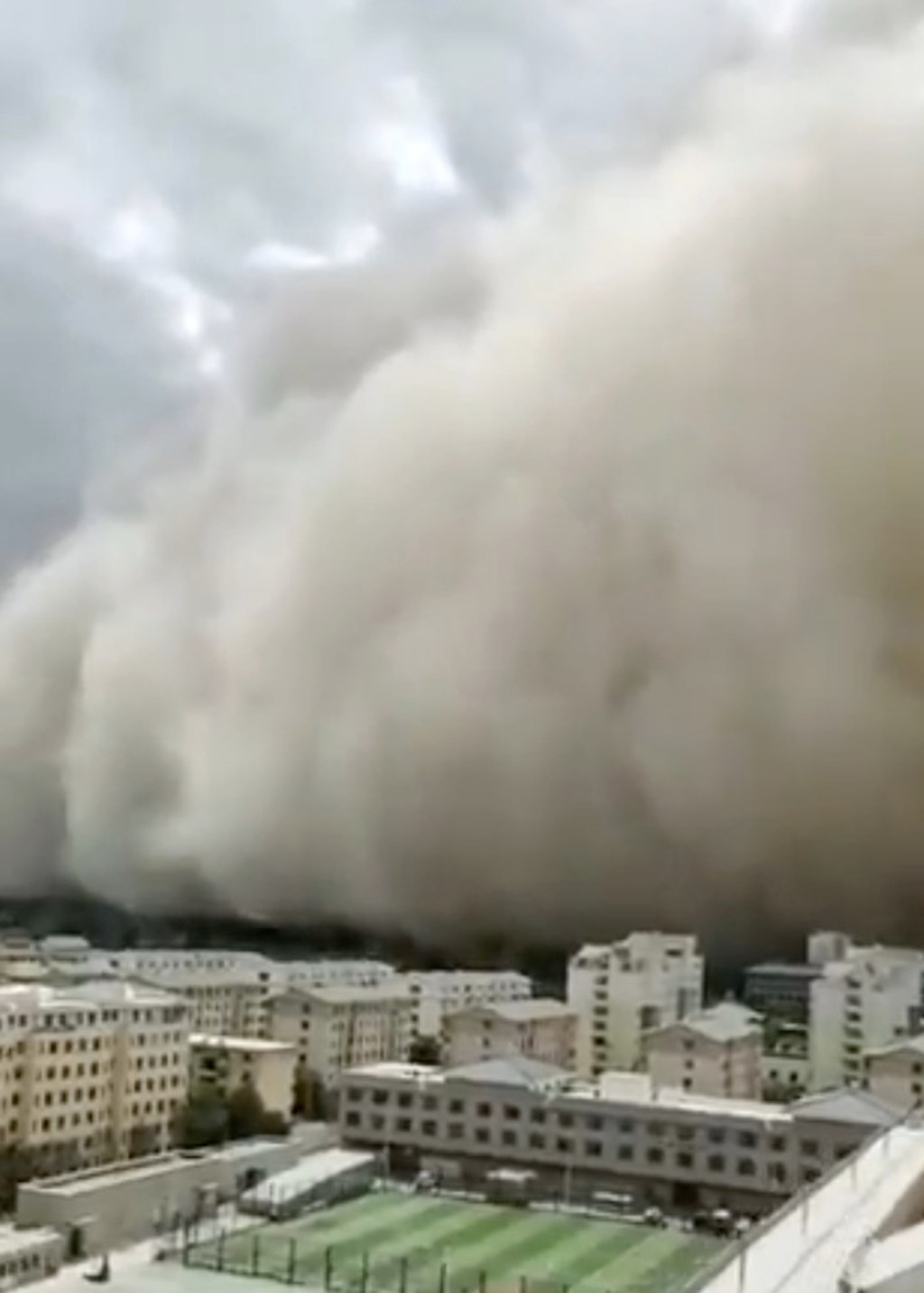 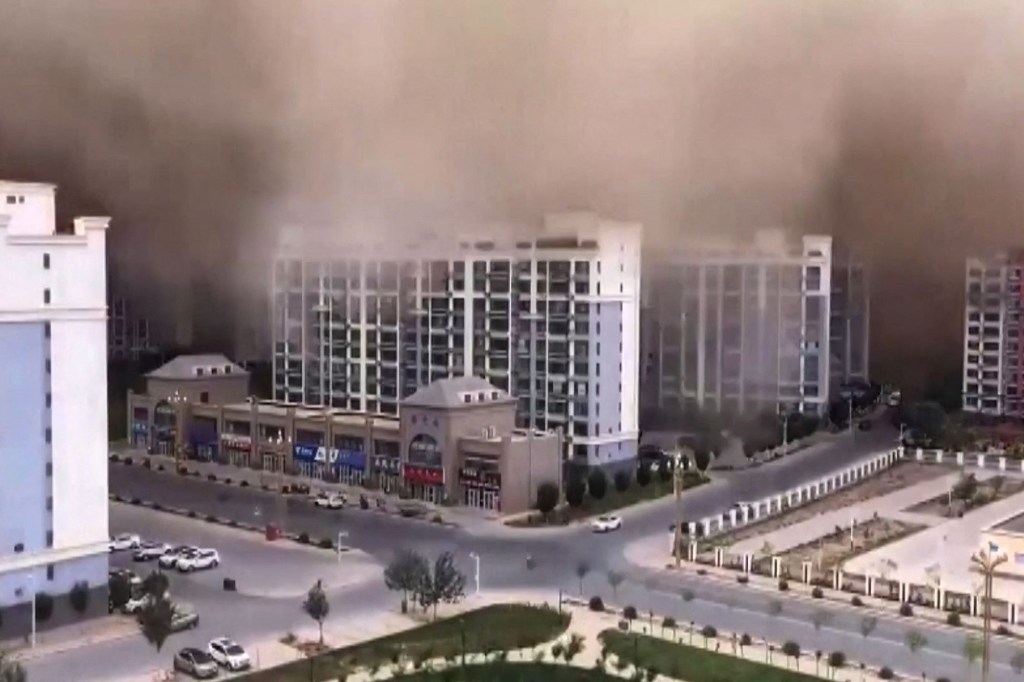 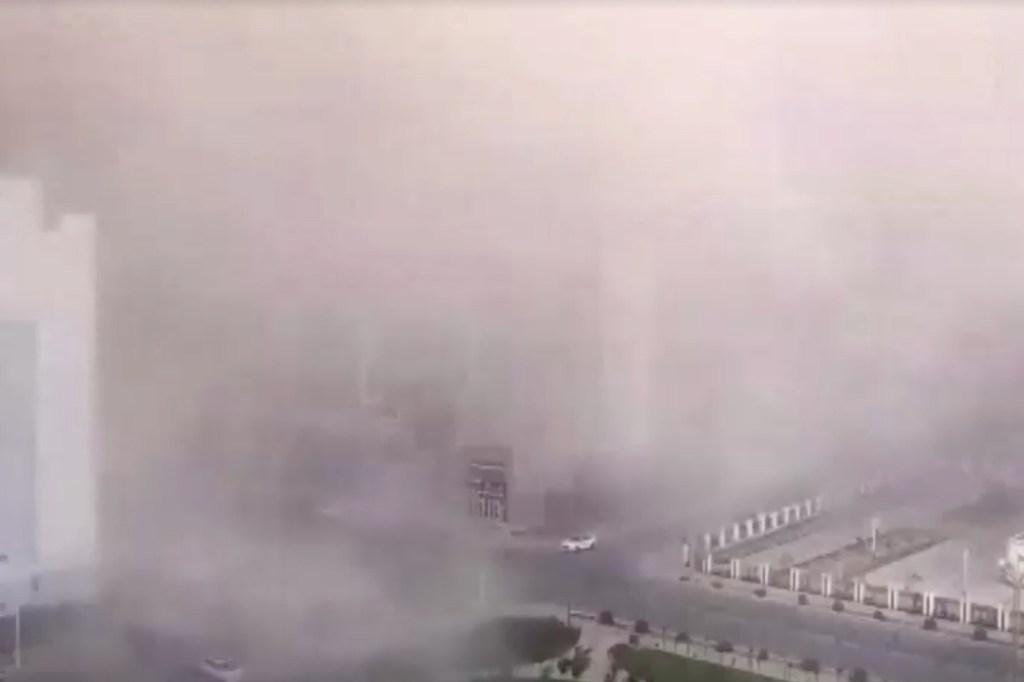