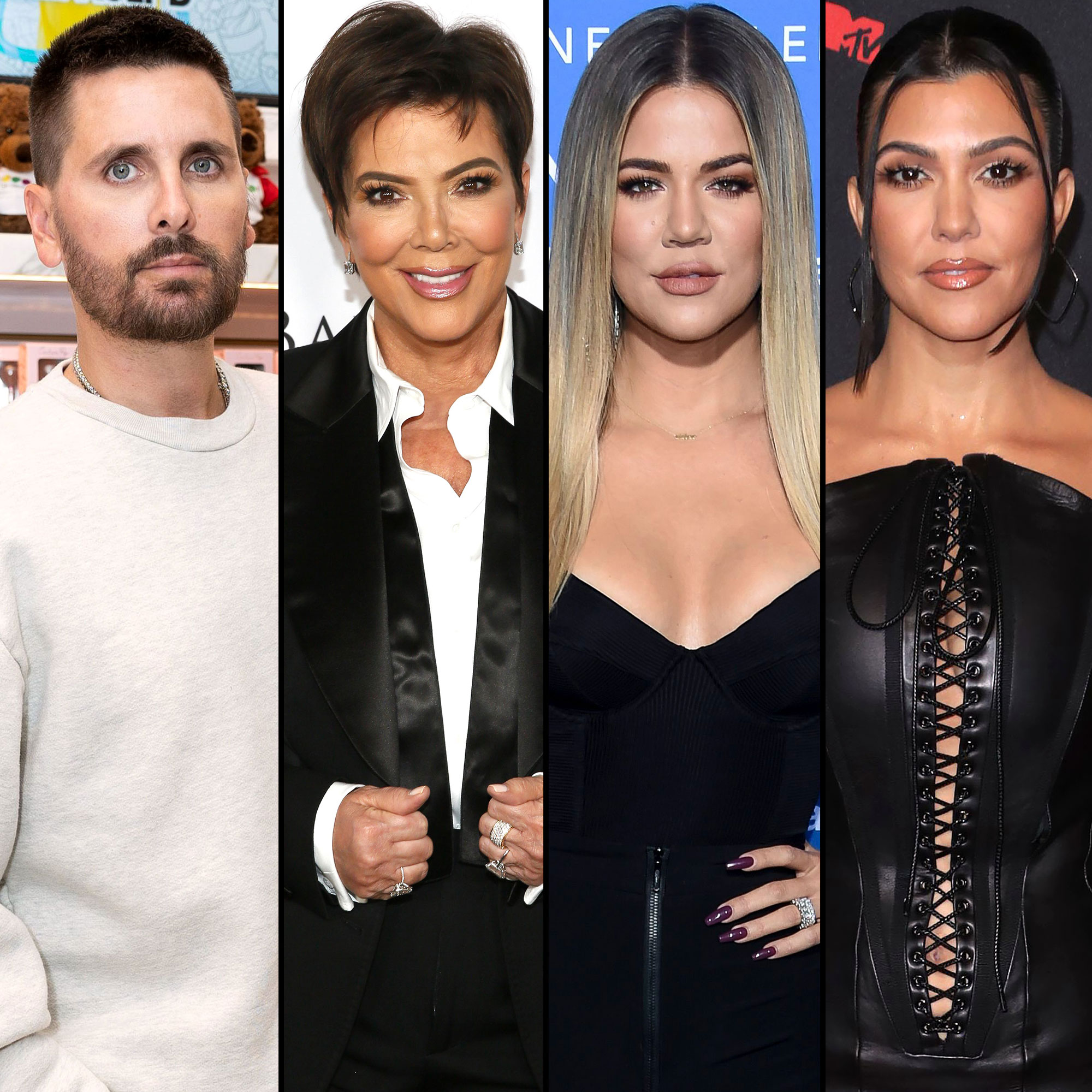 Scott Disick is still trying to navigate his relationship with the Kardashian-Jenner family following Kourtney Kardashian’s engagement to Travis Barker — in front of the Hulu cameras.

Scott Disick’s Feelings About Kourtney and Travis: Everything We Know

“The only one he’s been having problems with is with Kourtney,” a source exclusively tells Us Weekly, noting that the former couple’s relationship is “still strained” as he spends time with Kris Jenner and Khloé Kardashian.

“He’s always been close to Kris. He truly thinks of her as a second mom,” the source continues. “He’s also very close to Khloé. The Kardashians will always be family to him.”

Kourtney Kardashian and Scott Disick: A Timeline of Their Relationship

The 38-year-old Talentless designer has yet to publicly comment on 42-year-old Kourtney’s engagement to Barker, 45. The proposal came less than two months after Disick was caught shading the Poosh founder’s PDA with the rocker in a leaked DM to her ex Younes Bendjima.

After the proposal news, a third insider told Us that the Flip It Like Disick star was “furious.”

“He knew it was possible, but is very jealous of Kourtney and Travis’ relationship,” the source said in October. “Scott still thinks that they could call things off before the wedding.”

More recently, Disick was spotted filming the family’s upcoming Hulu show with Jenner, 66. The pair dined at Maria’s Italian Kitchen in Woodland Hills, California, on November 3. He was also present at the momager’s recent birthday celebration on November 5 and shared a snap with Khloé from the get-together.

“I’m sorry, but not sorry, @khloekardashian is so gorg,” Disick captioned a selfie with the Revenge Body host.

Everything the Kardashians Have Said About Their Upcoming Hulu Show

Alongside another pic, he added, “Happy bday 2 the legend @krisjenner.”

According to a fourth source, Disick has had concerns that his relationship with the family could suffer due to Kourtney’s romance with Barker.

“The Kardashians adore Scott and tell him he’s part of the family no matter what, but he feels very distant and feels like an outcast more than ever,” the source said last month.