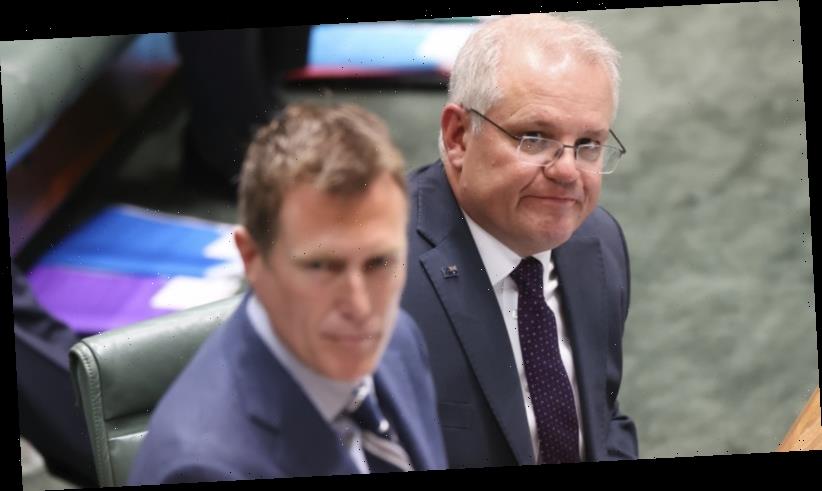 Every day the vacuum yawns wider.

The refusal by Prime Minister Scott Morrison to call an inquiry into a historical rape allegation against his Attorney-General Christian Porter was intended to cauterise the issue, stare down critics and hold a line for what Morrison grandly says is the very existence of the rule of law in this country.

Whether or not you agree, it is a defensible strategy. The trouble is it’s not working. 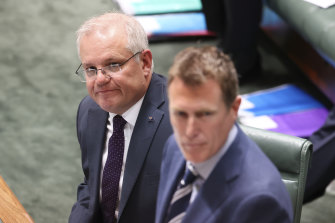 Prime Minister Scott Morrison has refused to allow an inquiry into contested claims against his Attorney-General Christian Porter.Credit:Alex Ellinghausen

If nature abhors a vacuum, politics hates it even more.

And that is particularly the case when you have an impassioned group of people – in this instance, the alleged rape victim’s friends – refusing to back down in the face of intransigence.

Porter has strongly denied the allegations, saying it “simply did not happen”.

On Friday afternoon James Hooke, a Macquarie Bank executive who is believed to have been the boyfriend of the woman in the years after the alleged assault, made a strong statement which can be read as a shot across the bow of all those who say this matter has been dealt with.

“I have what I consider to be clear recollections of relevant discussions I had with [the woman] over the years from mid-1988 until her death,” he said.

“I also have what I consider to be clear recollections of relevant discussions I had with Christian Porter from April 1992 in Perth and through the mid-1990s.”

Hooke, who was a member of the tightly-knit star debating clique both Porter and the woman belonged to, said he would be willing to provide information to any inquiry.

Here is someone who says he has contemporaneous information about the complainant’s conduct within months of the alleged incident, but who has no forum in which to give it.

The police closed the case, citing “insufficient admissible evidence” and the federal government has shut up shop too.

Hooke’s lack of choices is reflected on a grand scale in the minds of every Australian who would like a fair resolution of the matter.

Our first legal officer has been accused of a historical rape.

No one is ever going to prove the allegation beyond reasonable doubt and Porter is entitled to the presumption of innocence.

But down here in the real world, where ordinary notions of common sense and fairness prevail, it is ludicrous to pretend that serious doubts do not linger in the minds of many taxpayers following this story.

Those doubts will also be, presumably, in the minds of the parties with whom Porter negotiates when he returns to his portfolio, as he says he intends to. They may, for all he knows, exist in the minds of his colleagues too.

The doubts cannot be dealt with because of the vacuum of leadership surrounding the issue.

Porter has been left to battle it out alone, virtually unprotected by a Prime Minister who has not explicitly said he believes his Attorney-General, but who has also not bothered to read the detailed statement of his accuser.

Meanwhile media organisations battle it out to break news and, it seems, take sides. Ordinary voters struggle to make sense of it. There is no independent arbiter.

Morrison has an understandable loyalty to his colleague.

But he has a far stronger duty to the Australian people, who need leadership on this difficult problem and who deserve to have a working Attorney-General when his own government’s legislative agenda demands it.

Also lost in the vacuum are the sexual assault survivors across Australia who have been upset by this ugly news cycle, because for them it is more personal than just another political crisis.

This whole business is ugly as hell, for all concerned. The government’s inertia is making all of it worse.