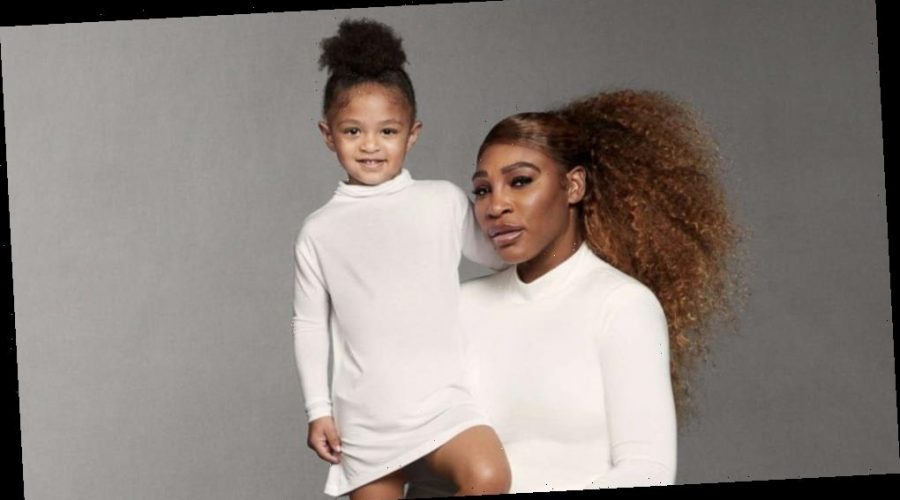 Serena Williams and her 3-year-old daughter Alexis “Olympia” Ohanian Jr. made their modeling debut together for Stuart Weitzman’s Spring 2021 collection.

The mother-daughter duo posed, twirled and laughed in matching looks for the shoe company’s “Footsteps to Follow” ad campaign.

“The adventures of Serena and Olympia continue,” Williams wrote in a caption alongside a heartwarming video of the two of them together.

During the clip, Williams also talks about motherhood and how the best part for her is “having responsibility” and “someone that really relies on me.”

“It is waking up everyday to see her so happy to see me, and it’s a feeling I never thought I would experience,” the tennis star continued.

Williams, who is also a global ambassador for Stuart Weitzman, is seen wearing a long-sleeve white dress during one scene of the campaign.

In another set of photos, they both are wearing black full bodysuits along with matching sandals and bright smiles.

“Being on set with Olympia to shoot this campaign meant so much to me, and it is a moment together I will never forget,” Williams said in a statement. “She is Mini Serena; she’s so cute and she’s so fun. Waking up every day to see her so happy to see me is a feeling I never thought I would experience. While I try to teach her how to be a positive influence, she in fact teaches me how to be a stronger person every day. It’s the best part about being a mom.”

Williams is also seen in several other looks from Stuart Weitzman’s upcoming line, including everything from gladiator-style sandals to square toe flat sandals.

“I created this collection with an intentional, artful approach to design, engineering and craftsmanship,” Edmundo Castillo, Stuart Weitzman global head of design, said in a statement. “The styles offer a renewed and emboldened sense of functionality and fashion to elevate the casual elegance of the modern woman.”

Coupled with the amazing new campaign images and the fresh lineup of shoes, the company is also continuing an ongoing philanthropic partnership with Vital Voices Global Partnership, an international nonprofit committed to investing in women leaders who use their voices to drive social change in their communities.

InHerShoes nonprofit is centered on empowering the next generation of girls and women to live beyond fear and redefine their futures through one question: “What would you do if you were 1% more courageous?”