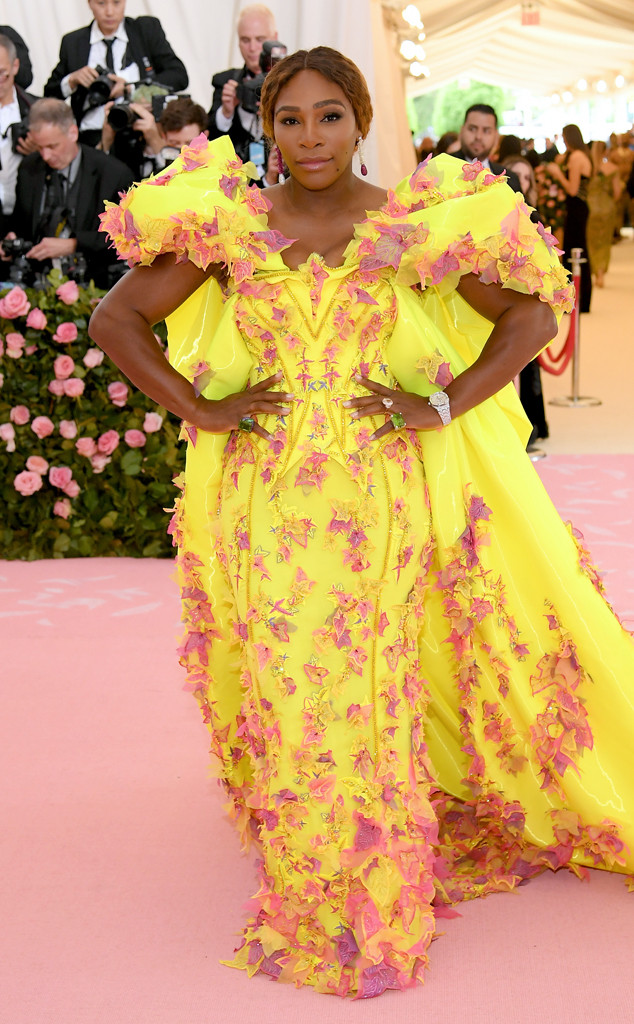 Serena Williams is serving up major style at the 2019 Met Gala.

The tennis pro arrived at the Metropolitan Museum of Art in New York alongside her husband Alexis Ohanian and they both dressed to impress as part of the gala’s “Camp: Notes on Fashion” theme.

Williams exited The Surrey hotel in New York City on Monday shining bright in a neon yellow custom Versace dress that featured puffy sleeves and a matching train. Her stunning gown had bright pink, purple and yellow designs on them that resembled butterflies. Her beautiful dress featured a corset top and a tight bottom half of the dress that flowed out at the bottom. She wore dangling diamond earrings and her hair worn low.

In pure Serena Williams fashion, she paired her Versace dress with custom Nike shoes. Sneakers are often her shoe of choice at big events, including Meghan Markle and Prince Harry’s wedding as well as her own.

Ohanain looked handsome in a white tux with black lining and black pants.

She truly looks like the belle of the ball and the fashion queen in this jaw-dropping outfit.

Williams made subtle clues over the weekend as to her Monday night look’s color scheme. She and Ohanian attended a pre-Met Gala dinner on Sunday night and donned a neon yellow skirt-top combo and paired it with a denim blazer.

Williams prepared for the big day with some workouts as well as spending quality time with her daughter Alexis Olympia. 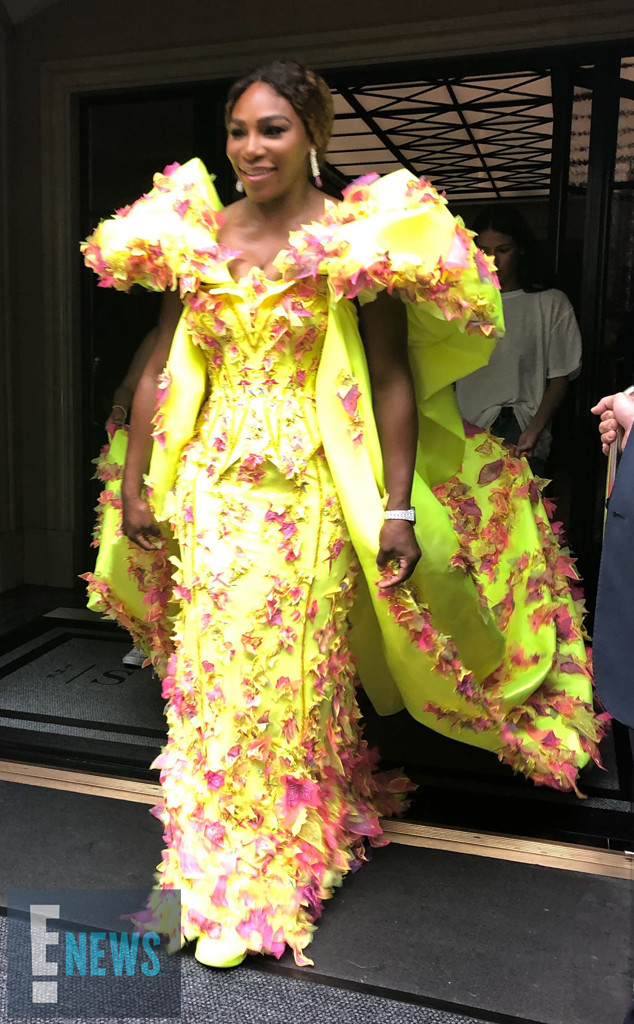 The 37-year-old played a major role at the gala this year as one of the co-chairs of the event alongside Jennifer Lopez,Lady Gaga, Harry Styles, Anna Wintour and Gucci’s creative director Alessandro Michele. She’s had a ton of major fashion moments as of late, and her Met Gala look was no exception. 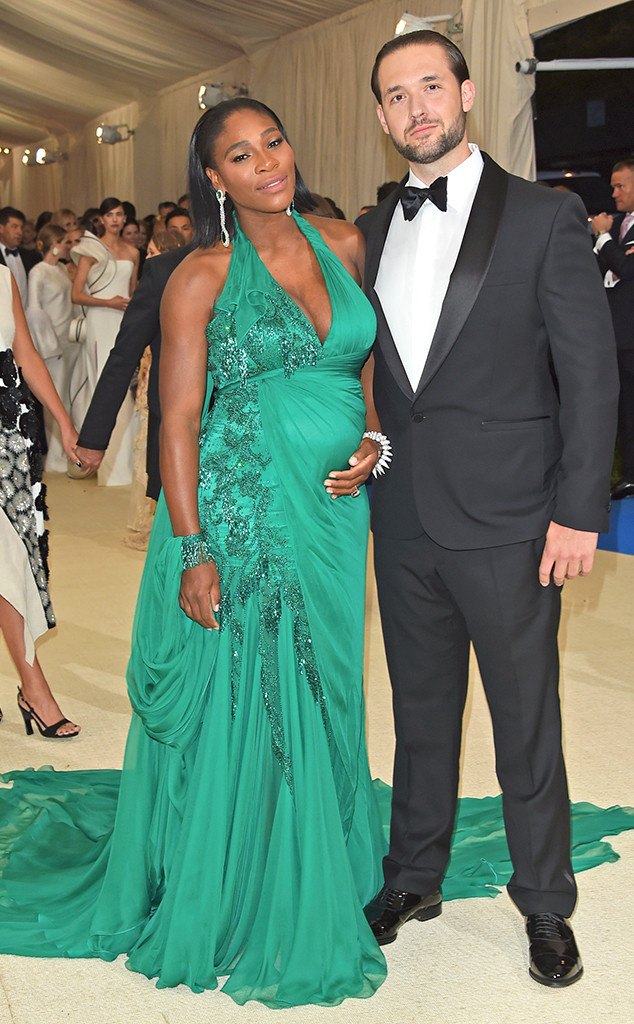 Williams has made a splash years prior at other Met Galas. In 2017, she showed off her baby bump and made her first red carpet appearance since announcing she was pregnant. The big event two years ago also marked the first time she and Ohanian made their red carpet debut as a couple.

The Reddit co-founder opted for a classic tux while his fiancée (at the time, now wife) wore a floor-length green Atelier Versace halter dress that featured some embroidered jewels. The happy couple told Vogue inside the museum that they were waiting to find out the sex of their baby.

A source told E! News at the time that Williams helped ease Ohanian into the fashion universe and he was doing his part of “making sure she was comfortable.”

“You could tell the fashion world is very new to him and she seemed excited to be introducing him to it,” they said.

It will surely be a night to remember! If Lady Gaga’s dramatic outfit change in the middle of the carpet is a sign of what’s to come tonight, we’re in for an exciting evening.