From cupcakes to fashion-forward sweaters, the cast of “Sesame Street” is getting a fresh new look.

Sesame Workshop, the nonprofit organization behind “Sesame Street,” announced that it has collaborated with a group of “mompreneurs” to launch new interpretations of the beloved children’s characters within their respective products.

The mom-led businesses that will create the niche items in honor of the show’s 50th anniversary include Lauren Moshi, ezpz, Milk Snob, Baked by Melissa, and Paul & Joe.

“As we continue to release our slate of collaborations in celebration of our golden anniversary, we’re proud to join forces with talented leaders in a wide range of categories from fashion to beauty to food to parent-essentials,” Gabriela Arenas, the vice president of licensing for Sesame Workshop, said in a press release.

“This month, we’re celebrating these mompreuners who are innovating within their respective industries, and we’re so excited to be debuting their inspired products to ‘Sesame Street’ fans,” she continued. 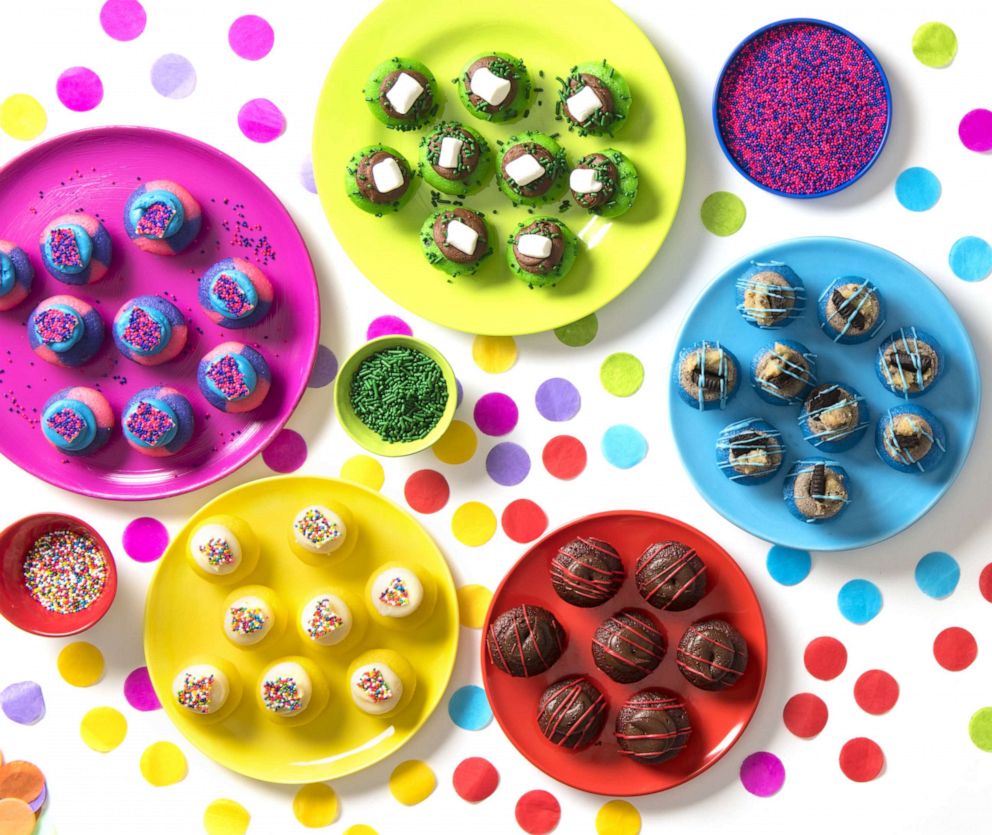 Melissa Ben-Ishay, founder of Baked by Melissa, has fond memories of watching the show as a kid with her mom, and now shares it with her two daughters. This June, the bite-size cupcake brand has five new flavors that channel Big Bird, Elmo, Cookie Monster, Oscar the Grouch, and Abby Cadabby, all packed inside custom “Sesame Street” gift boxes.

“The flavors were created using ingredients that perfectly represent each character,” the brand said in a statement. For example, the Cookie Monster cupcake is a blue vanilla cake topped with chocolate creme sandwich cookies and cookie dough. 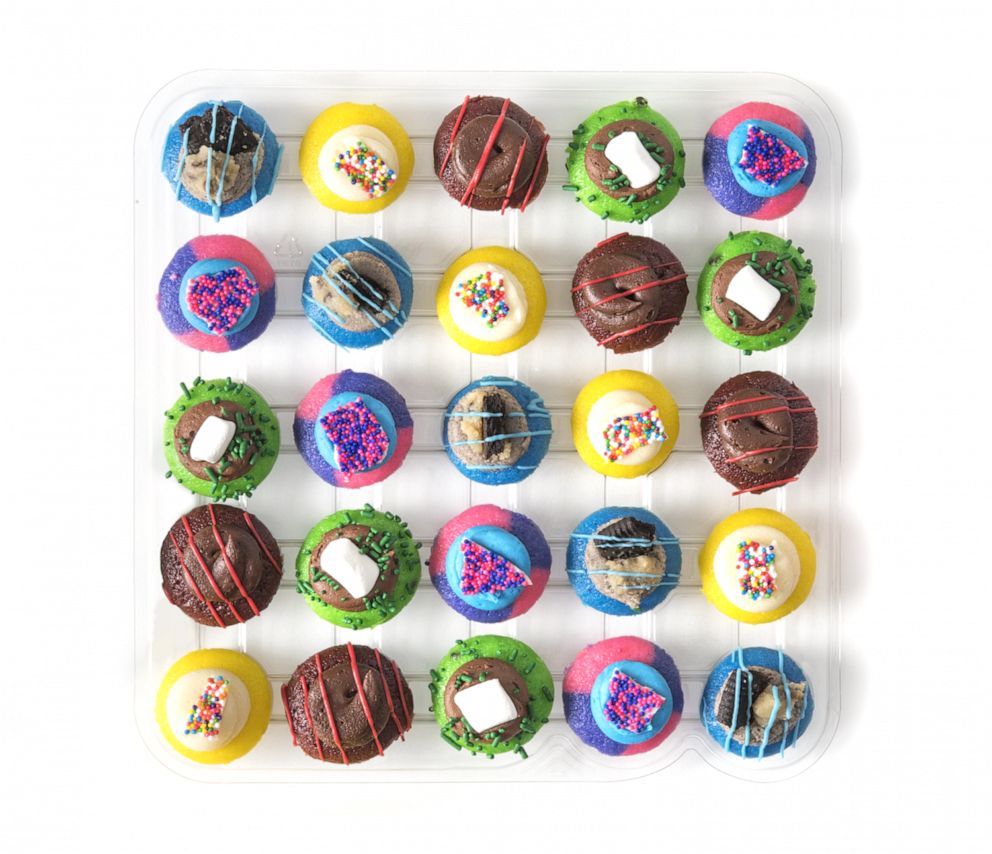 Customers can purchase the new flavors in packs of 25, for $28, or packs of six for $8, from June 1 through the end of the year online and in stores.

The Baked by Melissa store fronts will also have special “Sesame Street” branding this fall, and offer individual cupcakes for $1.25 each during November.

Fashion designer Lauren Moshi, who watched “Sesame Street” as a child and shares her love of the brand with her two boys, created a collection that debuts this summer with headwear, bags, and art canvases for women and children. 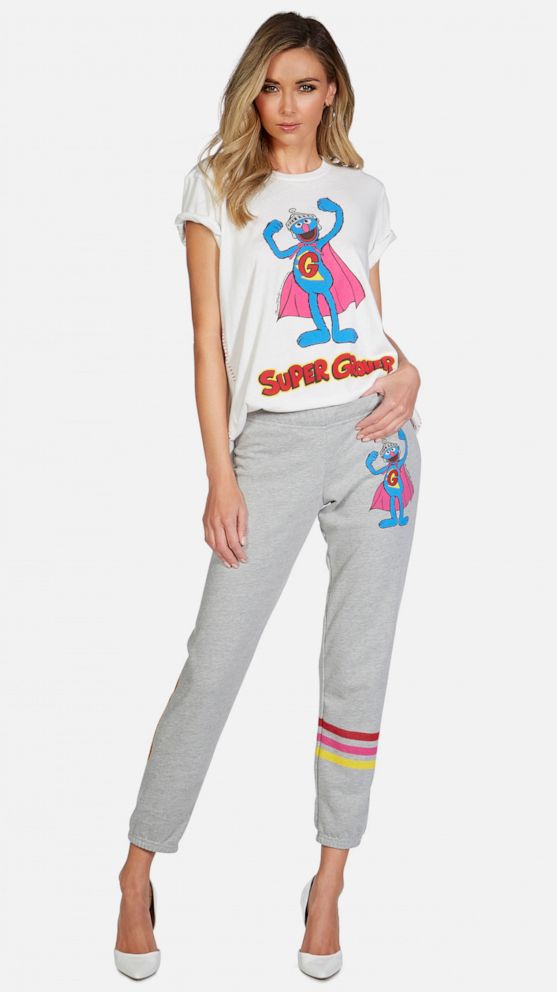 She drew inspiration for the “Sesame Street” capsule from her own childhood memories, vintage streetwear and 80’s pop colors.

Ezpz founder Lindsey Laurain said her three boys were both “in-home product testers” and the inspiration for her all-in-one place mat, plate combo concept, that will feature Cookie Monster and Elmo. 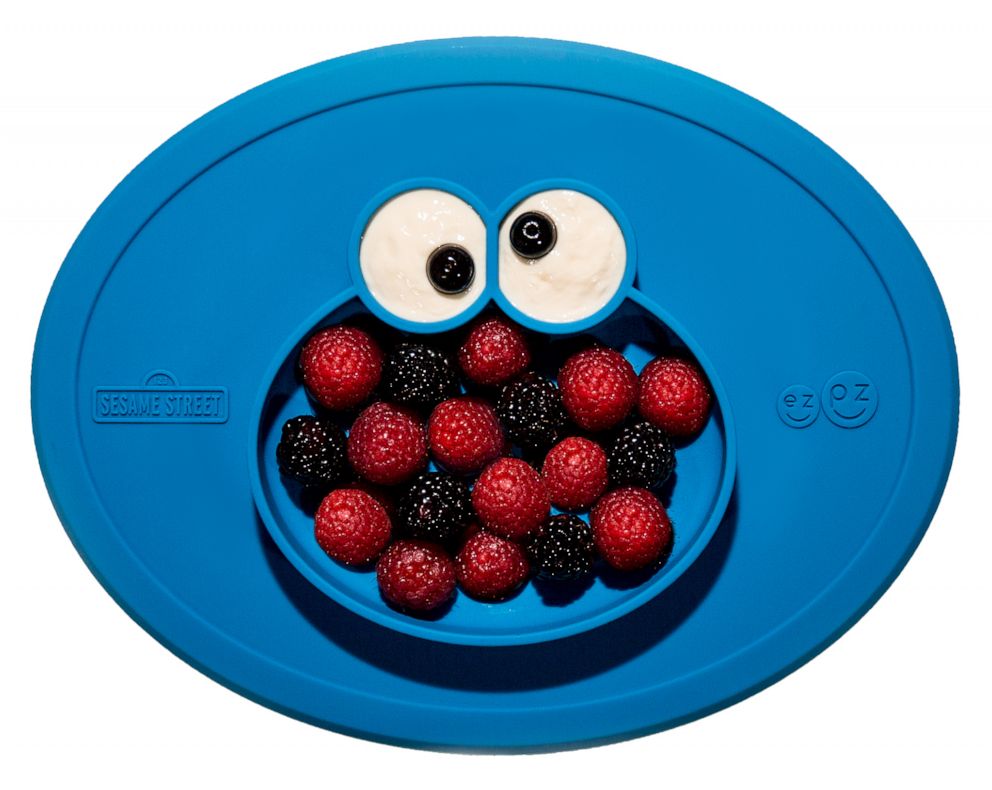 The base is said to reduce spills, while the mats promote self-feeding and help develop fine motor skills, to make a more positive mealtime for kids, according to Sesame Workshop. 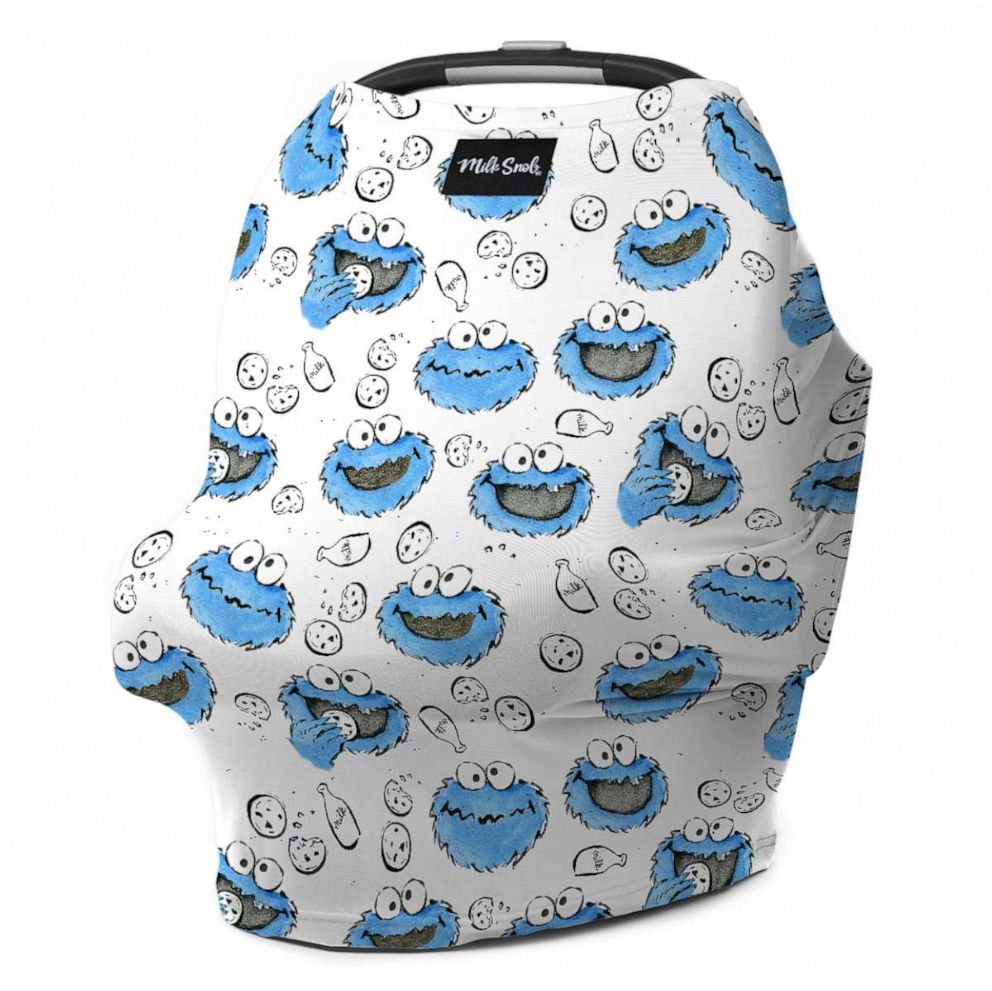 The design is complete with splashes of blue watercolors on a white background with cookies and milk. There will also be a “Sesame Street” print that incorporates a black-and-white aesthetic, with Big Bird, Elmo, and friends popping in vibrant color.

Sophie Mechaly named her fashion and lifestyle brand after her two sons, Paul & Joe, when it launched in 2002. The “Sesame Street” women’s fashion line, made under the company’s sister label, will debut this fall. 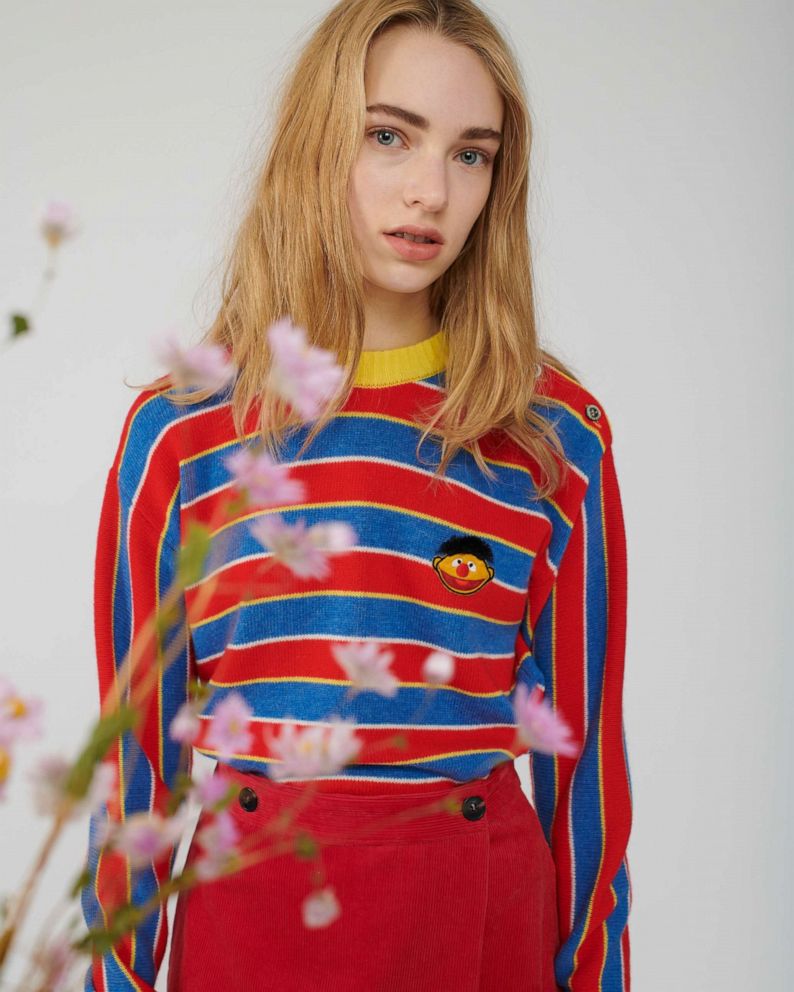 Paul & Joe reimagined Ernie’s iconic striped sweater as a cool primary-colored pullover and the cast of characters will be featured on a screen printed t-shirt with printed animals and other woodland critters. 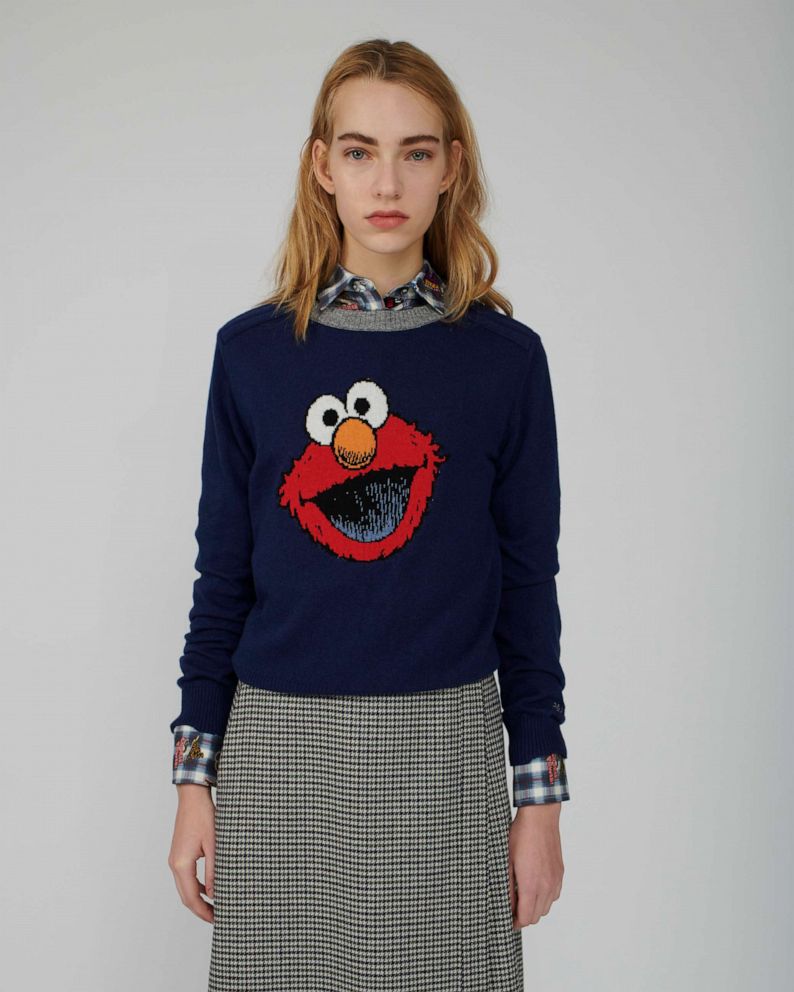 Whether you’re a lifelong “Sesame Street” fan with an eye for fun fashion or have a major sweet tooth, there’s sure to be a great collab up your alley.