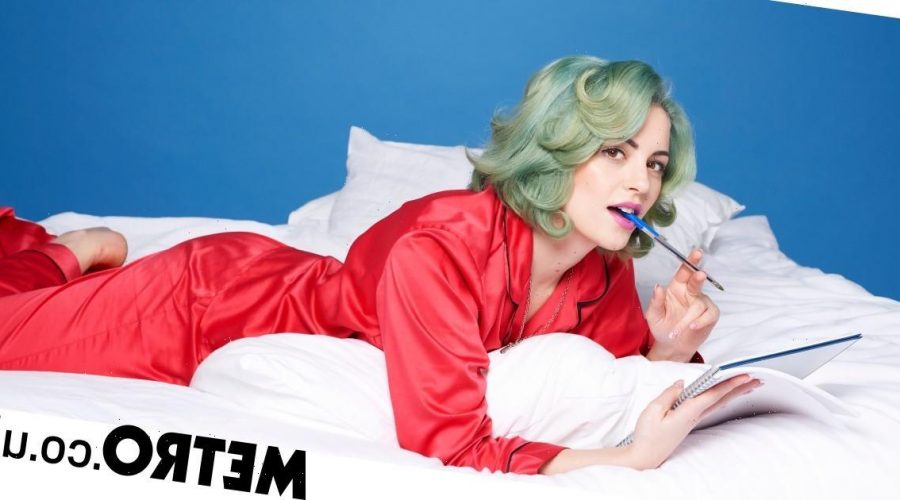 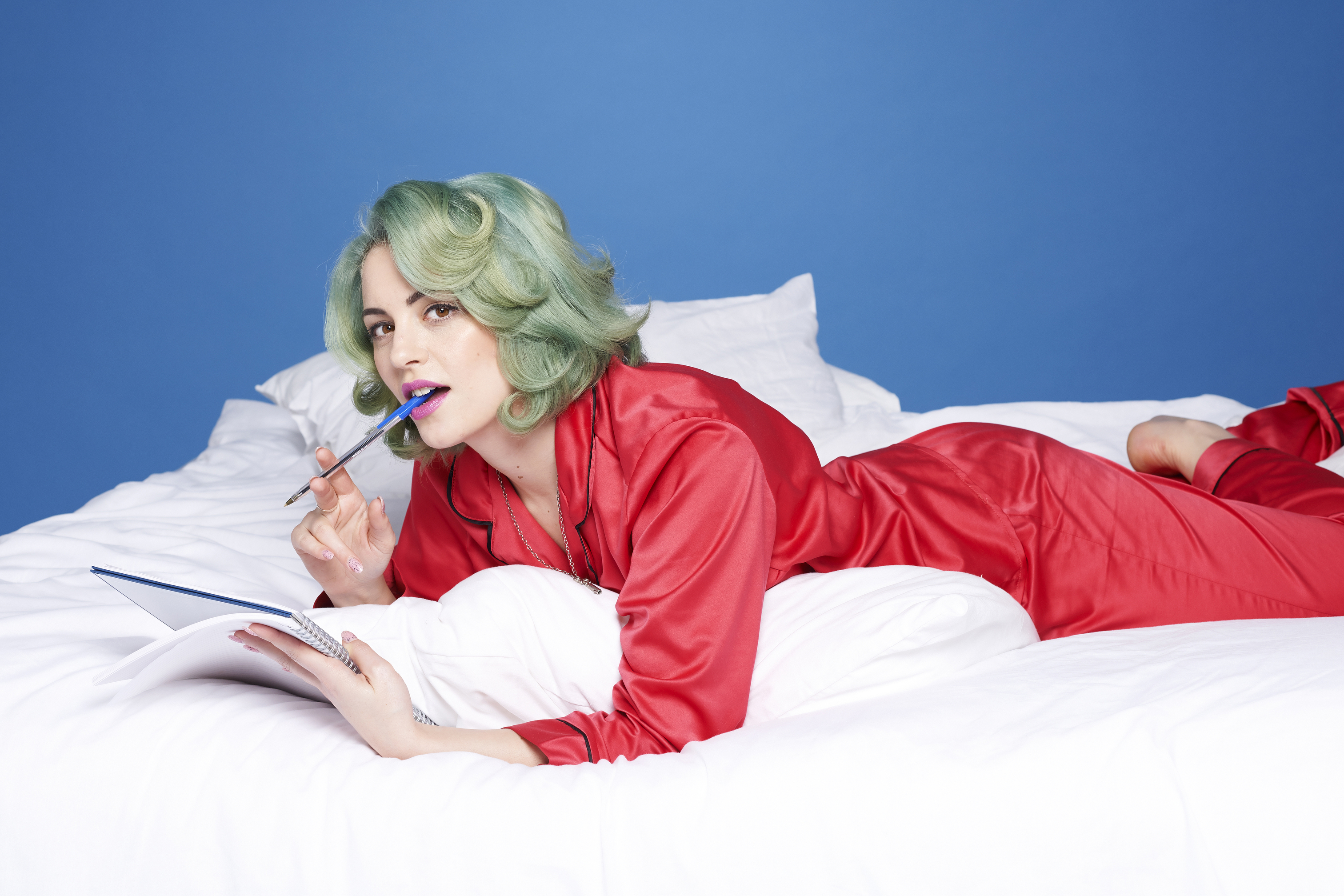 OnlyPlans, cost of loving and milestoning – do they sound familiar?

She shared all the details on what are set to be the biggest dating trends for 2023 – this is, after we’ve celebrated the New Year with that partner we coupled up with for cuffing season, of course.

First, Alix shared what we’ll be looking for on our dates next year.

New data from Hinge suggests that 90% of people are looking for emotional vulnerability on a date, surpassing superficial things like looks.

Although we could be disappointed. A whopping 75% of men said they never or very rarely share vulnerability on a first date, with 40% of them worrying that it would be a turn-off.

But fear not because not all trends involve bearing your heart and soul on a first date!

Alix Fox even speaks about her own dating term, which she coined which says goodbye to ghosting.

Alix calls is ‘caspering’. She explains: ‘It’s friendly ghosting. It’s the idea that it is 100% fine to say to somebody “I no longer want to continue this relationship, I don’t want to continue a connection with you, I’m not feeling it”.

‘It is fine to have those boundaries, that is a healthy thing.

‘But rather than just completely disappearing on someone, caspering encourages you to do that in a friendly way, by saying something encouraging that will send them forward into their upcoming dating life feeling good about themselves, rather than feeling like they’ve just taken a punch in the guts and nuts.’

Alix then delved into what dating site, Plenty of Fish has predicted will be the nine hottest dating trends next year.

Alix says: ‘Rather than putting up filtered selfies, really overthinking your dating profile, presenting yourself in a way you think other people will find attractive, rather than what’s genuine and authentic to you, people are saying “f**k it”.

‘They are being very upfront and genuine about what they look like, what they’re looking for, what their histories are. It’s no BS it’s just A+ authenticity.

‘Sixty-nine per cent of people said they had filtered photos in the past because they thought that was how to get more matches, by blurring out perceived imperfections.

‘But 74% of British singletons now say that they would be comfortable posting unfiltered images on their dating profile.’

‘This is part of the wider cost-of-living crisis because bills for keeping a roof over your head are going through the roof right now,’ Alix says.

Alix says: ‘After a breakup you rebound by starting a relationship with someone totally unexpected and often in this case a younger partner.

‘You’re doing a total 180 on what is expected of you and what your type was perceived to be. Some celeb examples include Kim Kardashian and Pete Davidson.’

Let’s not forget Harry Styles and Olivia Wilde – even if they are currently on a break.

‘It’s about going against type.’

This concerns people who found more success on dating apps when they extended their matches outside of their usual type.

‘They won’t think overly hard about someone they’re choosing to match with, they’ll just go with their gut instinct,’ says Alix.

‘If you’re someone who doesn’t know what you’re looking for and want to learn more about yourself then it can be a good approach.’

Alix says: ‘A lot of people romanticise this idea that you’re going to meet somebody in real life and it’s going to be this romcom cinematic moment and it’s the story you’ll tell everybody about how you first met up with one another.

‘If we can channel that energy into the entrance we make – that first digital meeting on dating apps – for a start, it makes for a happier experience for everybody.

‘It’s so much nicer and more inspiring to open a message that says “hey, what’s two things that made you laugh today” or “hey, here’s three ridiculous pictures of stuff I’ve been up to today” or something like that.

‘I just think bringing that energy to things is a good idea.’

This is the practice of always making date plans but never actually getting together in person.

‘I definitely sometimes overbook myself of say yes to things where I’m kind of on the fence. I dig deep when I’m feeling optimistic, I’m thinking yeah I’ll be firing on all cylinders.’ says Alix.

‘Then of course when the date had rolled around, you rue the day that past you had these big social ambitions.’

‘It’s the idea of ramping up your activity on dating apps to try and secure a date for a big milestone event,’ says Alix.

She adds: ‘71% of singles have done it apparently, with the most popular event for trying to find a milestone date for being a family wedding or a friend’s wedding.’

Alix says: ‘Eco dumping is choosing whether to date or dump somebody based on their sustainability credentials.

‘Even if they rock your world, if they don’t care sufficiently about the planet then you decide you’re not going to spend too much time on this earth with them.’

‘The earth is literally on fire, so it may be difficult to get hot with someone who doesn’t think that’s a problem.’

This is based on Ekin-su and Davide’s relationship on Love Island when she famously ditched Davide for Jay, and then went back to Davide, before they went on to win the show together.

Alix says: ‘70% of Brits admit that they have had a relationship like this. Half of people said it was a new relationship that made them realise that what they had before was better than they thought, whereas 28% said it was shared history.’

And aside from these trends, Alix also has some dating advice of her own which she says resonates with everyone.

‘One thing that has always worked for me is the RAF rule. Asking, “are they being RAf?”. Is their behaviour respectful and fun?’ asks Alix.

‘If it’s not those things, you make like the RAF and you fly out of there, and it really helped me to make quick decisions early on in relationship and not experience burn out.’

She also shares her lightbulb analogy.

‘Some people want to be like a lightbulb and want other people to act like moths around them,’ she says.

‘Fluttering, giving them love and appreciation and adoration. Whereas other people want to be a lightbulb that casts that light upon others and lights them up too and invites them shine too.

‘Look for the lightbulbs that light up others, not just the ones who want you flap around telling them how great they are.’

Rush Hour Crush – love (well, lust) is all around us

Tell us about your Rush Hour Crush by submitting them here, and you could see your message published on the site.