Sophie Turner has a lot of great things. A great acting career thanks to her role on Game of Thrones, a great husband that happens to be one-third of the Jonas Brothers, and a great personality and sense of humor to boot. Well, it seems she’s decided to add to her list of greatness, because Sophie Turner’s new bangs are pretty. damn. great. Have you seen them? Personally, I can’t stop staring at them.

When I, a non-GOT-watcher, first fell in love with Turner, I saw her as a gorgeous blonde — so when I heard her hair was red in the show, it was a serious shock to me. I couldn’t picture her any other way! However, the styling was basically the same as her IRL look, give or take a braided half-up moment or two, so it ended up being not too hard for me to imagine. That said, she just made a different hair change that makes her look completely different, and if you showed me a photo of Turner with bangs, and then a photo of her as red-haired Sansa Stark, I would honestly not realize they were the same person.

That said, the bangs look fabulous. Love it, Sophie!

Are they real? I’m not sure. Lots of celebs have been fooling their fans with clip-in faux bangs as of late, but if Turner is spontaneous to elope with Joe Jonas in Vegas after the BBMAs, she’s probably also spontaneous enough to get a haircut and ask for bangs.

Hairstylist Christian Wood posted Turner’s new ‘do to Instagram, where you can also see her in all her pre-bangs glory:

?? Quick change and she’s off to the #London screening of Xmen Dark Phoenix ??‍♀️ by me using @wellahairusa ? @georgieeisdell ? @kateyoung #sophieturner #xmen #wellahair

This wavy look was posted just hours before the bangs debuted, which makes me wonder if they aren’t for real:

When filming for Game of Thrones wrapped, Turner’s best friend and co-star, Maisie Williams, dyed her hair and said the major hair change was both to separate her from her character and to allow herself some time off before taking on new roles. It’s possible Turner also felt the need to have a physical change represent this next chapter of her life, post-GOT and onto bigger and better.

I mean, she looks nothing like Sansa anymore, right? 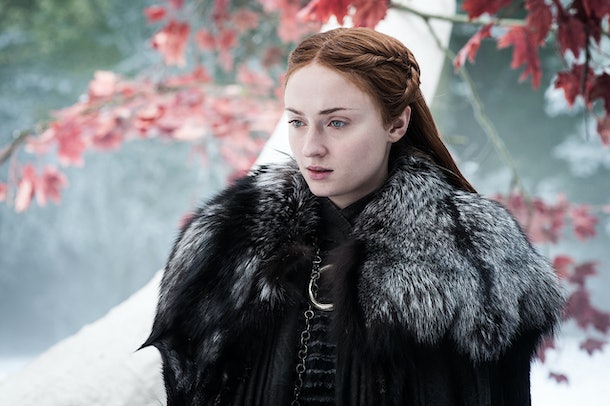 That said, even fans that were devoted to the show love the new look on Turner. Almost every comment under Wood’s photo is a raving compliment about the new ‘do. "New fave one now," wrote renown makeup artist Mario Dedivanovic. "I’ve always dreamt of bangs on her! You made my dream come true," wrote one thrilled fan. "I have no words. Just-WOW," wrote another, and I couldn’t agree more. To think, for so long we had no idea Turner had the perfect face for bangs!

I guess I should’ve figured, given that she can pull off pretty much anything — her Met Gala look is proof of that: 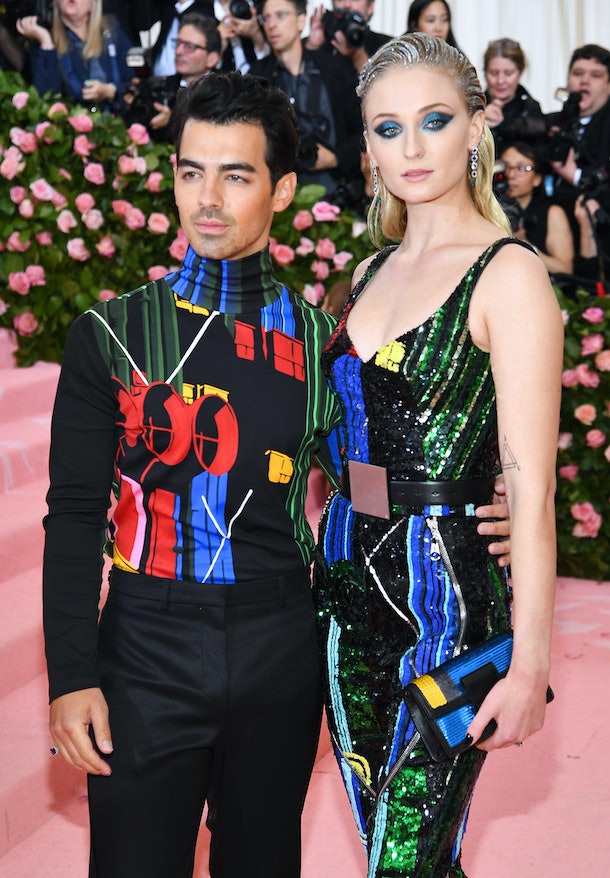 Believe me when I say bangs still terrify me, but there’s no denying they’re one of the hottest looks of 2019, and I’m glad to see Turner give them a go and look so fab. We don’t know yet if they’re the real deal or just clip-ins, but she looks amazing either way, so I’m content.

23/05/2019 Lifestyle Comments Off on Sophie Turner’s New Bangs May Or May Not Be Real, But They’re Fabulous Either Way
Lifestyle