Sophie, Countess of Wessex, 56, joined the Royal Family in 1999 when she married Prince Edward, also 56. The couple will regularly attend events and engagements with other members of the firm like Princess Anne. An expert has commented on what Sophie and Anne’s relationship could be like.

The Queen has four children, with Princess Anne being the only daughter and Prince Edward being the youngest.

While Prince Edward’s wife Sophie and Princess Anne are rarely spotted together in public, there have been occasions were the pair are out for events.

Both of the royal’s will also attend events on behalf of the monarch.

Speaking to Express.co.uk, body language expert Judi James explained that Sophie and Anne have a lot in common. 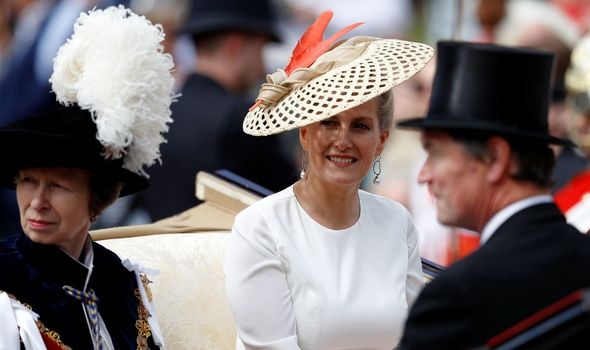 She explained: “There are several personality traits that could easily bind these two women, who share a sense of energy when it comes to their royal duties and an uncomplaining attitude bordering on the stoic.

“Neither are welded to fashionable clothing and both look at their happiest in cord jeans and jumpers, relaxing with their children (and grandchildren in Anne’s case).”

However the expert explained that their body language hints that they are also very different from one another.

“Their body language together though hints at differences that appear to move both women into rather contrasting states when they are together,” Judi added.

One of the occasions where the pair were seen together was when they attended day one of Royal Ascot back in 2019.

The Countess and Princess can be seen both wearing hats and sitting in a carriage.

The same year, the royal’s were seen in a carriage leaving the Order of the Garter Service at St George’s Chapel in Windsor Castle.

What did Judi think of their body language? 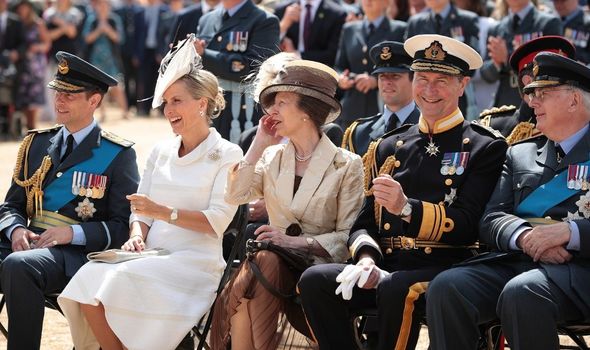 The expert explained: “It might be a coincidence that Sophie has chosen to wear hats for both these carriage rides that are brimmed and then tilted to keep her face hidden from her sister-in-law.

“Sophie’s upright body language appears to become more girlish and keen to please with Anne, who herself appears to settle back into her seat to stare at the crowds.

The pair haven’t been seen together recently but this is likely to be down to the coronavirus restrictions.

However for the RAF 100 ceremony on Horse Guards Parade in 2018, the royal’s were sat sitting next to one another with their husband’s either side.

Judi went on: “The photo with Sophie sitting between Anne and her husband Edward throws up an interesting dynamic.

“Sophie looks uncharacteristically giggly and school-girlish here that looks prompted by something Edward is saying to her, rocking with uncontrollable laughter, with her eyes squeezed shut and her hand covering her mouth.

“This naughty schoolkid body language seems to have brought out a far more prim response from Anne.

“Although she is smiling her eyes are directed away from Sophie and if she is sharing the joke she is also showing higher levels of self-control.

“Unlike Sophie Anne’s legs are crossed and her hands are tightly clasped over her handbag on her lap.

“This lack of mirroring between the two women looks like a signature feature of their body language together, suggesting a lack of really strong friendship or closeness.”